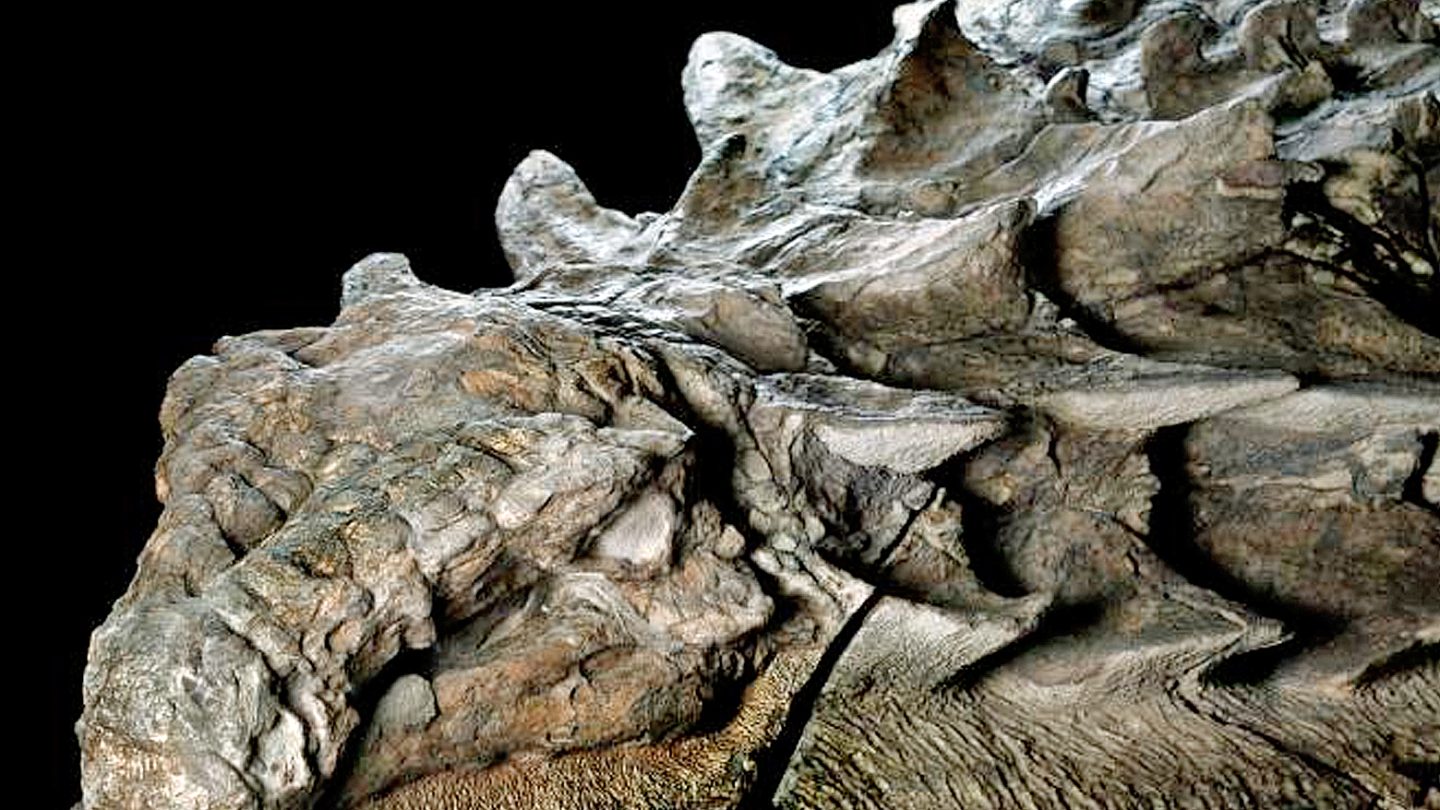 When archeologists hunt for fossils what they’re typically after are bones, footprints, and other fossilized traces of ancient creators having once roamed the planet. What they almost never even hope to find is a dinosaur that still has some of its most delicate bits and pieces, but that’s exactly what paleontologists uncovered in Alberta, Canada, over half a decade ago. Now, after years of piecing together and studying the historic remains of the 3,000-pound creature, the fossil is finally ready for the public eye, and it’s a truly stunning sight.

The fossil is that of a nodosaur, a type of herbivorous dinosaur that lived between 110 million and 112 million years ago. Despite being a plant eater, it was an absolutely monstrous beast, measuring 18 feet long, with heavy armor plating and spiked scales stretching from head to toe.

The remains were found completely on accident, when mine workers sliced through part of the dinosaur’s fossilized skin. Once they realized they’d discovered something strange they alerted archeologists who unearthed the rest and found it to be the most spectacularly preserved example of a fossil of this type, not to mention a totally new species of nodosaur. Just half of the creature’s remains were able to be located — from the tip of its nose down to its hips — but the state of the fossilized skin and some of its organs is a truly rare treat.

As you can see in the images, the skin is in such remarkable condition that even its individual scales and be seen, along with its large spikes, details of its skull, and shoulders. The fossil is currently on display at the Royal Tyrrell Museum in Alberta, Canada in a new “Grounds for Discovery” exhibit.