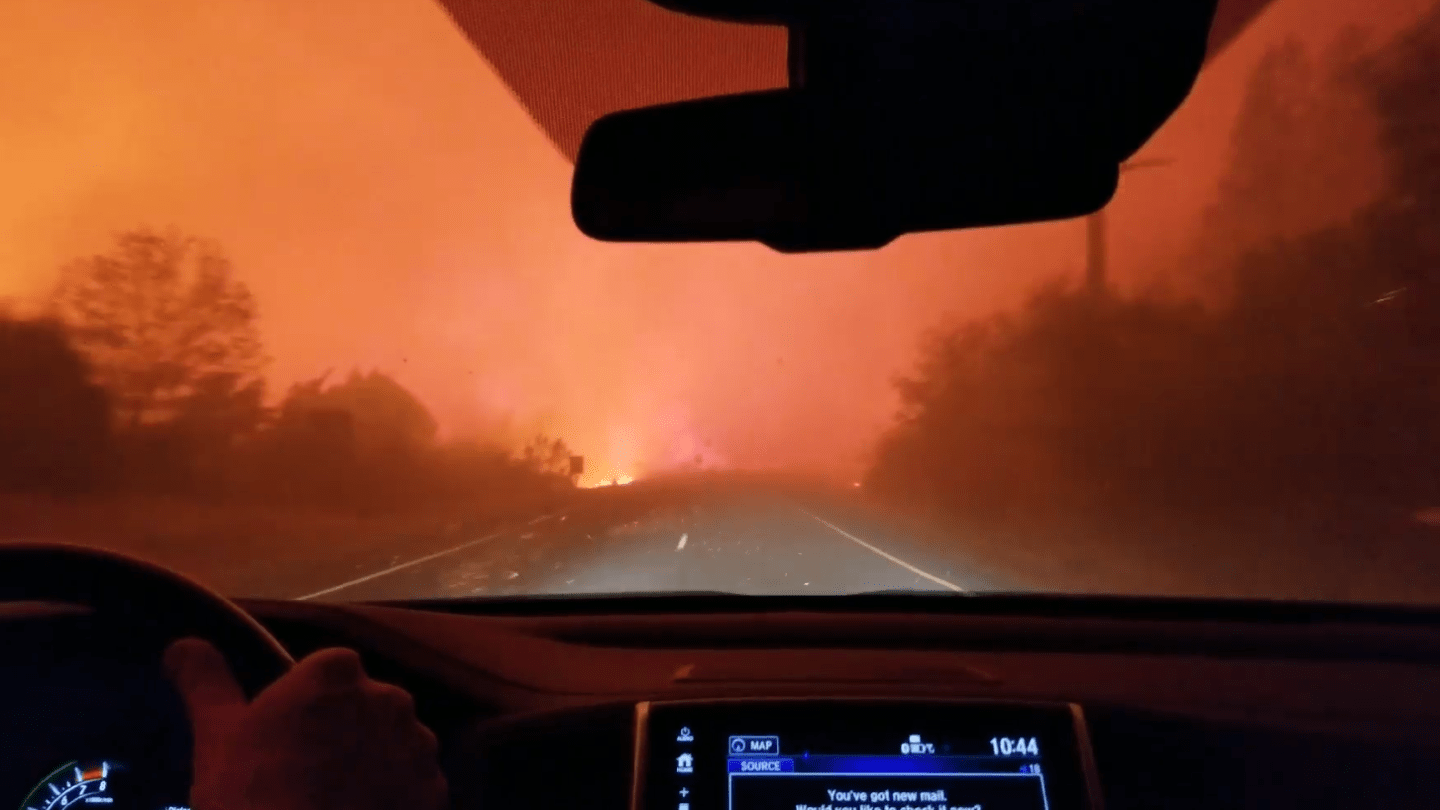 NASA spends plenty of time peering into space, but the agency’s high-powered tools can also provide some serious help to us here on Earth. With deadly wildfires raging out of control in California, NASA’s Jet Propulsion Laboratory is using satellites to map the progress of the various blazes, giving disaster management officials vital info in the process.

In a new post on its website, JPL shows how it processes satellite images to easily spot where fires have changed the landscape. This gives responders a good idea of where a fire is moving and how well it’s been contained.

The Advanced Rapid Imaging and Analysis (ARIA) team at NASA’s Jet Propulsion Laboratory in Pasadena, California, produced new damage maps using synthetic aperture radar images from the Copernicus Sentinel-1 satellites. The first map [above] shows areas likely damaged by the Woolsey Fire as of Sunday, Nov. 11. It covers an area of about 50 miles by 25 miles (80 km by 40 km) – framed by the red polygon. The color variation from yellow to red indicates increasing ground surface change, or damage.

The second map [below] shows damage from the Camp Fire in Northern California as of Saturday, Nov. 10. It depicts an area of about 55 miles by 48 miles (88 km by 77 km) and includes the city of Paradise, one of the most devastated areas. Like the previous map, red areas show the most severe surface change, or damage. The ARIA team compared the data for both images to the Google Crisismap for preliminary validation. 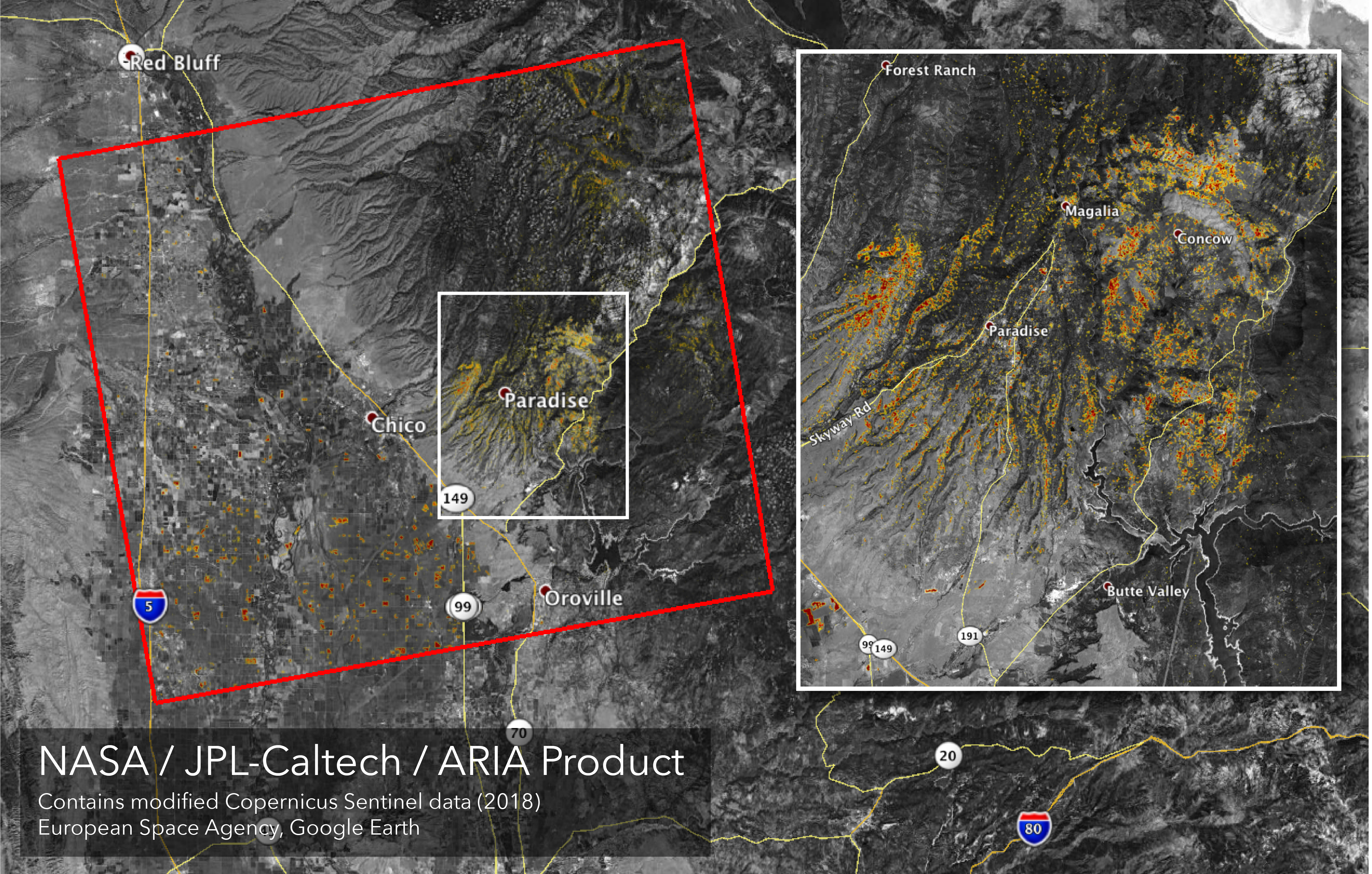 The instruments on the satellite don’t actually spot the fire itself, but are instead used to detect changes in the landscape. These changes, happening over very short periods of time, indicate areas where the fire has already passed over, and the boundaries between those spots and the unchanged landscape is the fire line itself.

California is still dealing with these fires, which have broken records for their destructive power. Emergency management crews are working to contain them, but many areas are still burning freely.