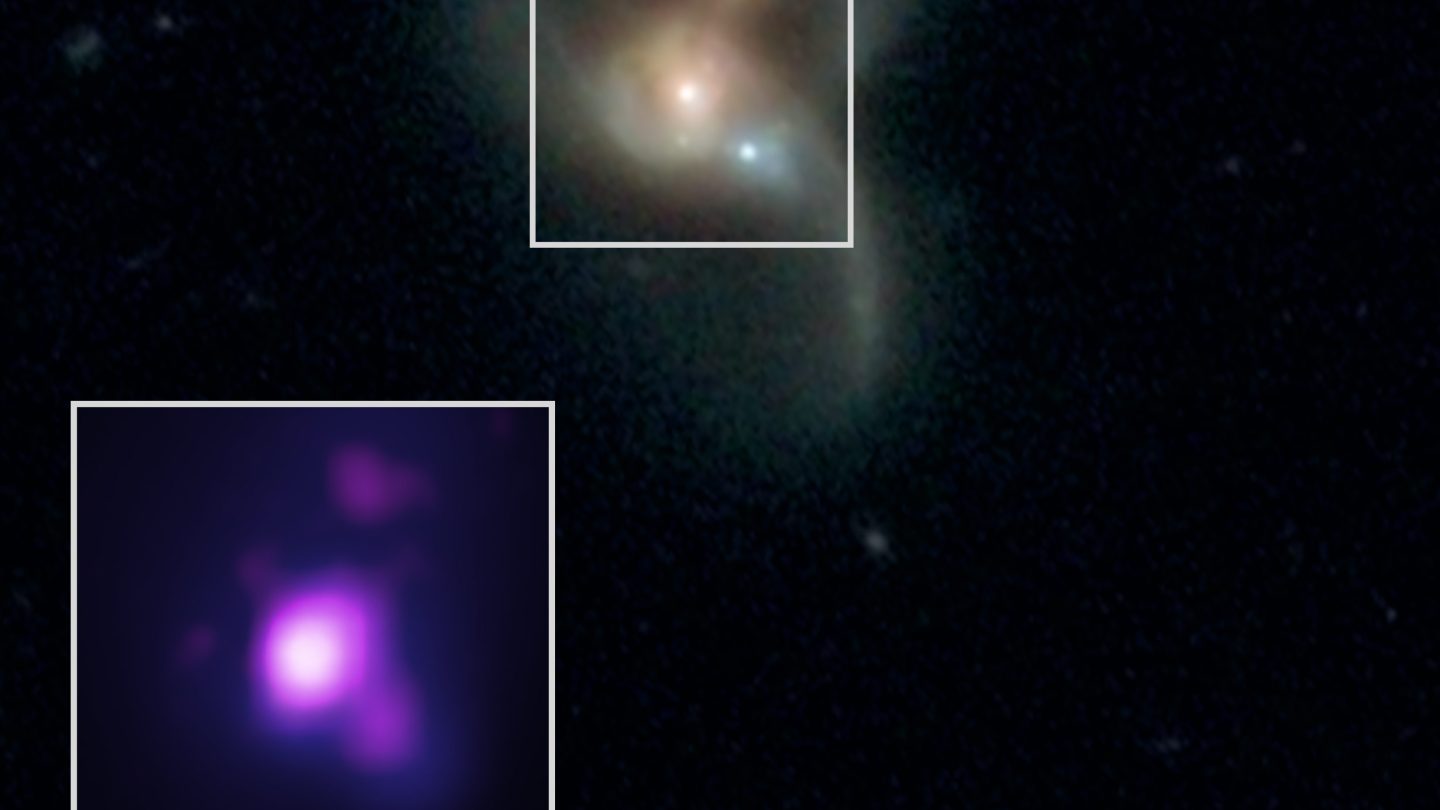 Black holes are one of the most interesting features of our universe. So incredibly dense that their gravitational pull can swallow up light itself, they are enormously powerful on their own, but when three of them get together? Well, that’s a recipe for some serious fireworks.

As NASA’s Jet Propulsion Laboratory explains in a new post, astronomers using powerful imaging hardware, including three of NASA’s own telescopes, have spotted a trio of black holes in the midst of a cosmic dance. The holes were spotted in a distant galactic collision that could offer hints at the fate that awaits our own Milky Way.

To make their discovery, a team of astronomers relied on several different imaging techniques including infrared, X-ray, and optical sensors. Combining all of these observations allowed the scientists to spot the black hole group, and the team describes its findings in a new paper published in The Astrophysical Journal.

As it appears right now, the system is thought to be the result of an ongoing galaxy merger, with the trio of black holes all carrying their own galaxies into the fray. Our home galaxy, the Milky Way, is believed to be on a similar collision course with the neighboring Andromeda galaxy, though it will take several billion years before that occurs.

“We were only looking for pairs of black holes at the time, and yet, through our selection technique, we stumbled upon this amazing system,” Ryan Pfeifle, first author of the study, said in a statement. “This is the strongest evidence yet found for such a triple system of actively feeding supermassive black holes.”