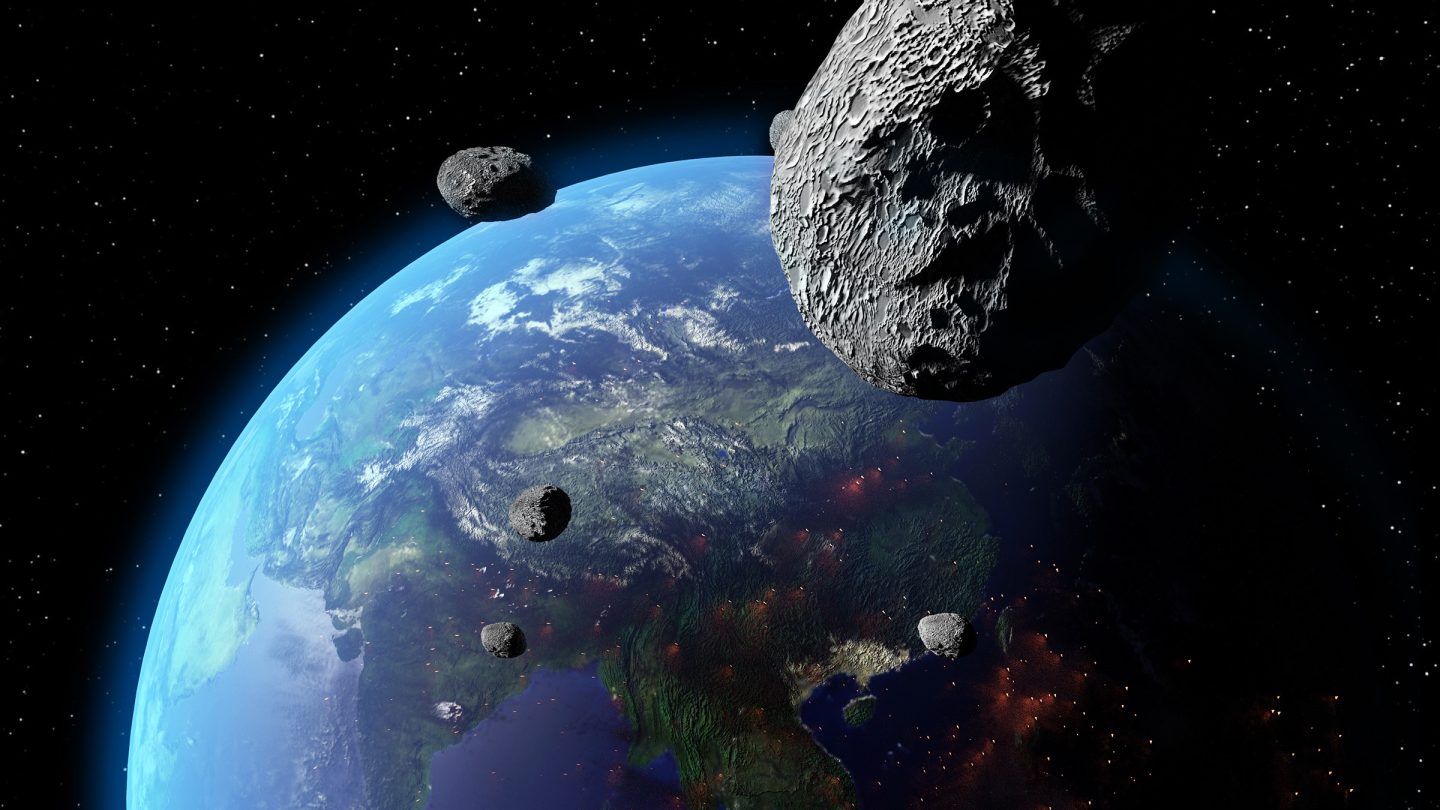 Astronomers say that a bunch of asteroids could hide in the Sun’s glare. These near-Earth asteroids would most likely be objects we’ve never detected, as most telescope systems look outward from our Solar System. Recent surveys have revealed never-before-seen asteroids hiding near Venus and other planets in our Solar System.

Finding never-before-seen asteroids hiding out near Earth isn’t surprising. After all, most of our space telescopes, including the newly activated James Webb, are facing outward, away from the Sun. That’s because the Sun’s glare is often too bright for these telescopes to see anything beyond it.

But that same bright glare could actually be hiding tons of near-Earth asteroids. These same kinds of asteroids often turn out to be potentially hazardous due to their size. “Asteroid surveys generally operate at night, mostly finding objects beyond Earth’s orbit,” Scott S. Sheppard writes in a paper published in the journal Science.

“This creates a blind spot because many near-Earth objects (NEOs) could be lurking in the sunlight interior to Earth’s orbit,” Sheppard continues.

But we aren’t out of luck, thankfully. As Sheppard notes in the paper that recent surveys have been braving the sunlight to try to find never-before-seen asteroids hiding in the Solar System’s interior. And those surveys have been somewhat successful.

The dangers of undiscovered NEOs

Never-before-seen asteroids can pose a significant threat to Earth, and everyone who calls it home. Asteroids, if big enough, can cause significant damage to our planet. This could include taking out massive cities or even causing extinction-level events as we saw with the dinosaurs.

Of course, the chances that happening from an asteroid strike is slim. But it isn’t impossible. And that’s why these recent surveys are proving so important. The Sun’s glare is easy to hide behind. It leaves room for never-before-seen asteroids and other NEOs to slip past unnoticed.

And we’ve had several asteroids strike Earth just hours after their discovery. Luckily, none of them have made much impact. But, if a big enough asteroid were to strike the planet, it could have lasting effects.

Seeing astronomers dig deeper into the hunt for never-before-seen asteroids near Earth is heartening. With China and other space agencies working to create asteroid detection systems, we’re upping our chance of survival.