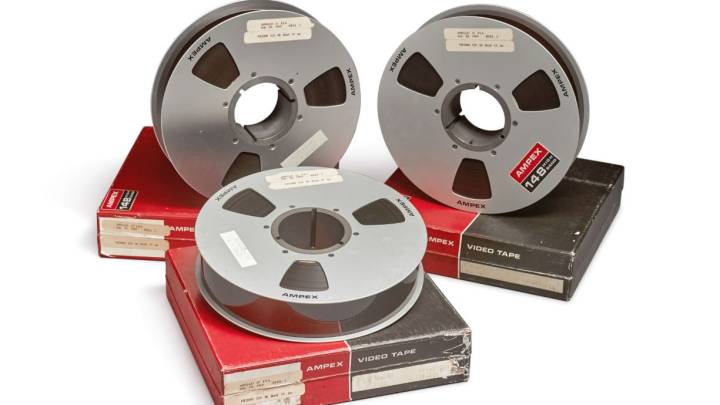 Earlier this month we learned that some of NASA’s incredibly prized Apollo 11 Moon landing tapes were about to be up for auction. NASA wasn’t selling them, of course, but the tapes had found their way into the hands of an intern who bought them at auction back in the mid-1970s.

At the time of that first story, it was thought the tapes might fetch a price as high as a million dollars. As it turns out, all the hype surrounding the 50th anniversary of the Apollo 11 landing and first moonwalk proved fortuitous for the seller, and the final price rocketed to an absolutely astounding $1.82 million.

The video reels are thought to be the best surviving recordings of the historic events of Apollo 11, and NASA obviously never intended to sell them. What makes this story even more crazy is the fact that the intern didn’t know what he was buying when he made the initial purchase.

The tapes were originally bought with the intention to resell them, and the intern planned to flip them for a profit since the tapes could be re-recorded. It wasn’t until he began examining the tapes that he realized what he had, and decided to hang onto them for decades.

The tapes were originally purchased for a mere $217.77, and many of the original 1,150 were indeed resold and reused for various purposes. The few that contained the cherished footage only took another four decades to reach their true potential, fetching a price that the seller could only have dreamt of at the time he picked them up.

“Fifty years ago today, we achieved the world’s greatest human accomplishment, and what we universally recall about that event is best documented on these tapes,” Sotheby’s Cassandra Hatton said in a statement. “We are truly over the moon about today’s outstanding result.”