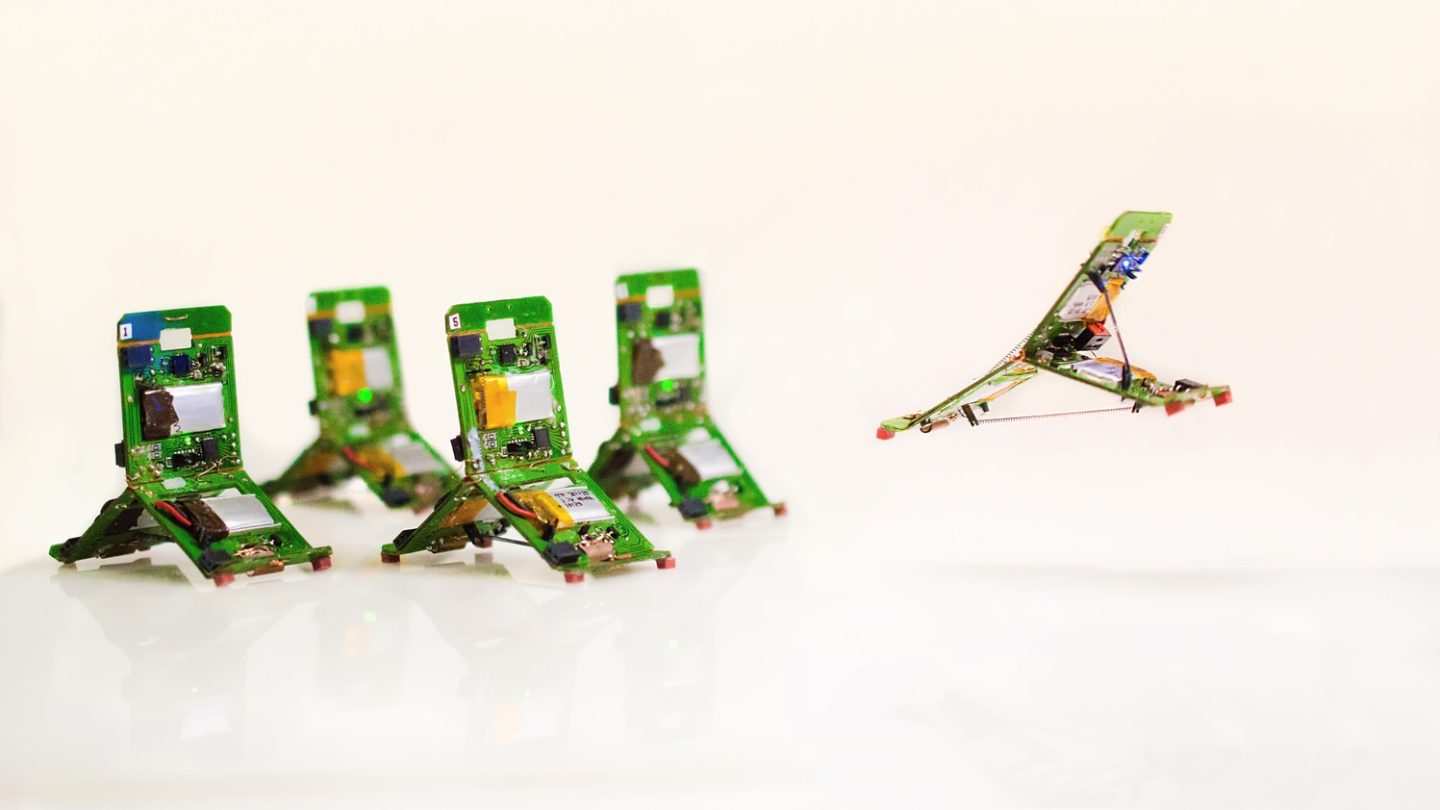 On its own, a single ant can only accomplish so much, but you toss it into the mix with a couple hundred of its peers and suddenly the capabilities of the group are exponentially greater than the sum of its parts. Could the same be true of robots?

Some robotics researchers think so, and a team from Switzerland is already experimenting with an army of pint-sized bots that can take on complicated tasks as a group. The robots, called simply “Tribots,” are tiny foldable, flexible machines that think and move as a group, solving problems that would normally take the power of a much larger robot.

Each individual bot weighs a scant 10 grams, and they’re capable of traversing a variety of terrain thanks to their ability to “walk” and even fling themselves over short distances. But what makes the tiny machines special is their ability to communicate with each other in a way that mimics insects.

When the robots reach an obstacle they can relay information to each other and work as a team to overcome it. As a team, the bots are assigned specific roles based on the needs of the group. If an object has to be moved, multiple robots might be needed to accomplish the task. Once the work is completed, the group can move on. The robots embrace their assigned roles at a moment’s notice, taking orders from a single group leader.

One of the other major benefits of having several small robots instead of a single large machine is that smaller bots can be easily replaced if need.

“Since they can be manufactured and deployed in large numbers, having some ‘casualties’ would not affect the success of the mission,” professor Jamie Paik of EPFL said in a statement.““With their unique collective intelligence, our tiny robots can demonstrate better adaptability to unknown environments; therefore, for certain missions, they would outperform larger, more powerful robots.”