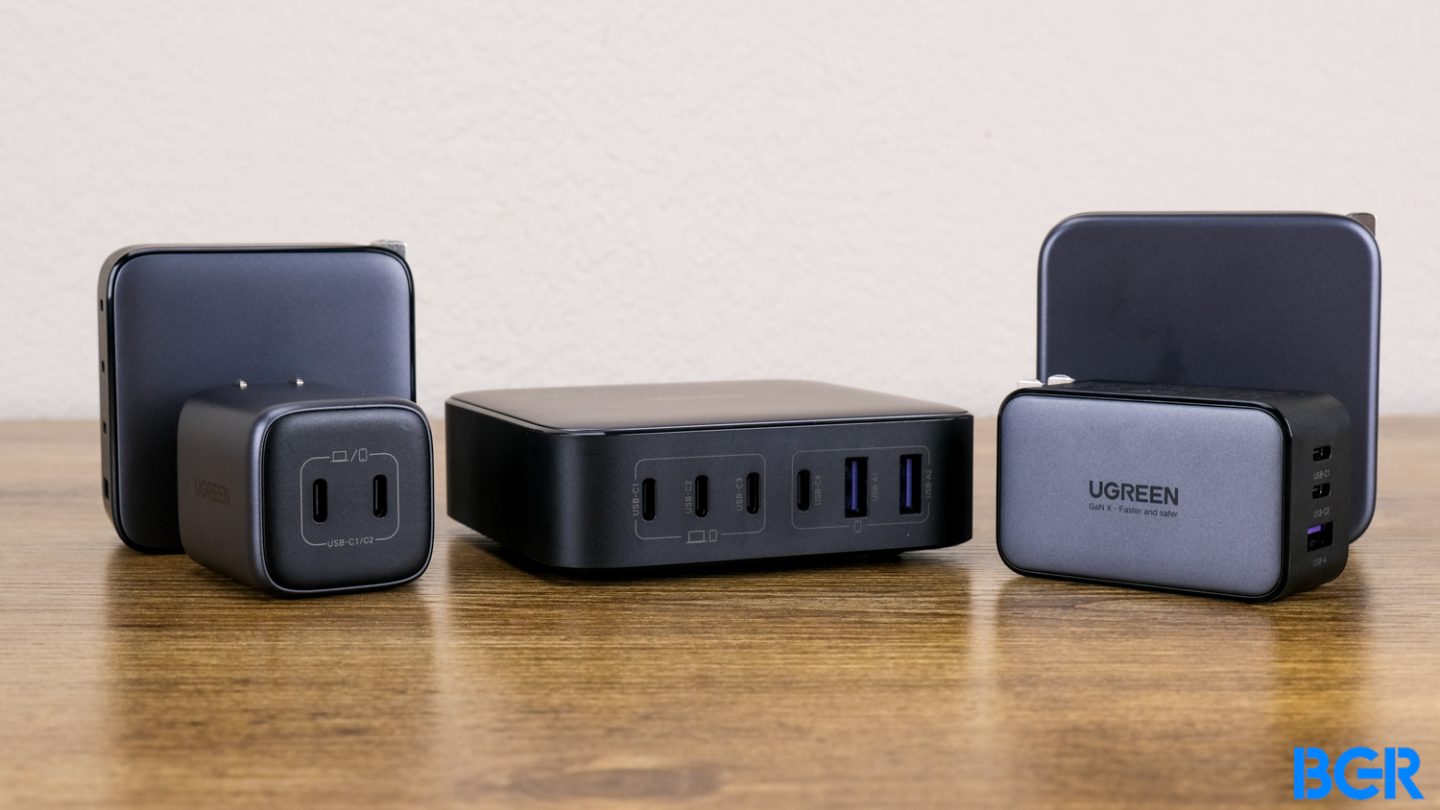 The charging bricks that come with our devices usually aren’t the highest quality out there. Often, they’re slow, cheaply made, and usually only have one port. If you really want a high-quality charging experience, you’ll instead need to turn to a third-party charger — like one of Ugreen’s latest chargers.

Ugreen has a number of chargers on the market, ranging in charging speed, number of ports, and, of course, price. Many of them leverage GaN (gallium nitride) technology, allowing them to charge more efficiently while producing less heat. And, while some of them are pricey, they make excellent bedside or travel companions.

Ugreen sent out its lineup of chargers for us to check out. Here are our thoughts on them.

Ugreen’s Nexude Chargers boast a high-end design and a great feature set at a reasonable price. 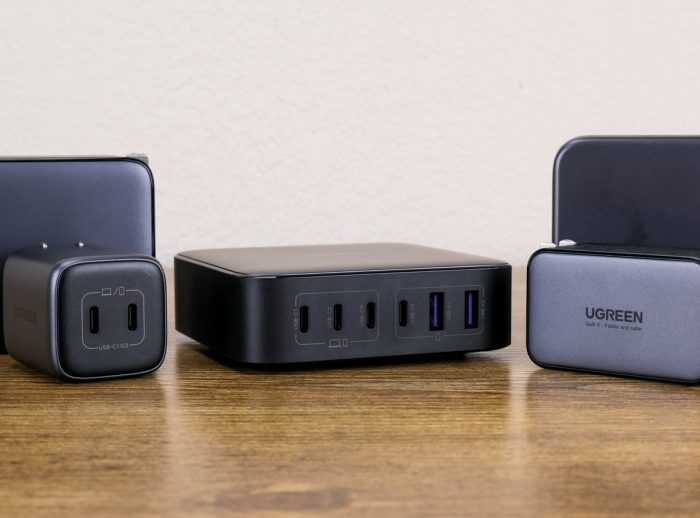 The Ugreen Nexode 45W charger is compact, portable, and has two charging ports for better versatility. 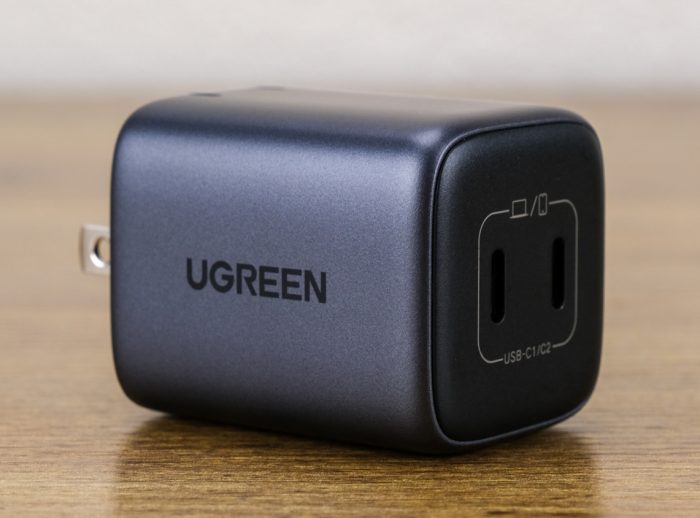 BGR may receive a commission
Amazon
$39.99

The first in Ugreen’s charging lineup is the most simple, but also the most portable — and still powerful enough for most basic charging situations. It’s able to charge at up to 45W, which makes it an excellent choice for relatively quick charging for your phone, and even your laptop, if you charge overnight, for example. Sure, you won’t be able to take advantage of the 100W+ charging speeds on offer by some new laptops or phones, but as something you put by your bedside for overnight charging, it’s a great option.

Like many of Ugreen’s chargers, the Nexode 45W charger has fold-up prongs for better portability. On the other side, you’ll get two USB-C ports. With one device plugged in, you’ll charge at 45W, and with two, one of the devices will charge at 20W, and the other at 25W.

At $40, this is an excellent option, for those who want two charging ports. There are some cheaper options out there — but most of them only offer one charging port, instead of two.

The Ugreen Nexode 65W GaN Charger not only charges faster, but it also has an extra port. It’s slightly bigger and more expensive than the 45W option, but makes a great charger for traveling. 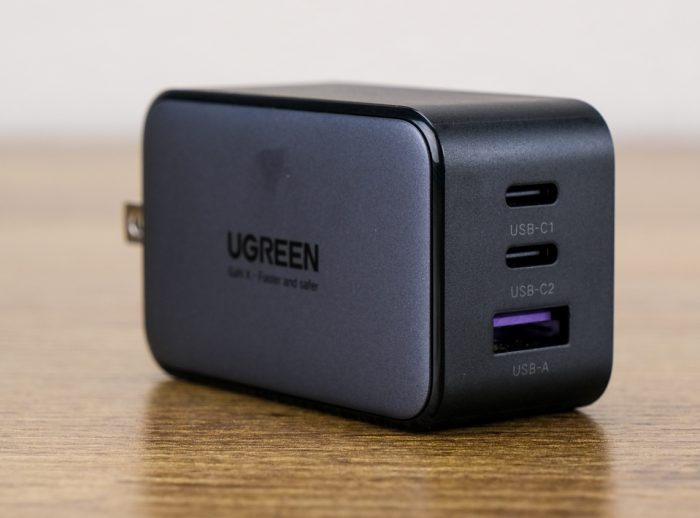 BGR may receive a commission
Amazon
$49.99

One step up from the Nexode 45W is the Nexode 65W — but not only does it offer a faster charging speed, it offers an extra port, too. The third port on this charger is a USB-A port, allowing you to charge your older devices alongside your newer ones. With three charging ports, this starts to be a great option for traveling.

Like the Nexode 45W charger, it has fold-up prongs for easier portability, though it is slightly larger than the cheaper option. Because it charges faster, it’s also a better option for charging larger devices, like laptops and tablets — though it likely still won’t charge them at their fastest speeds.

If you’re looking to charge large and small devices at the same time, the Ugreen 100W GaN charger is the way to go. With four ports and a still-relatively-portable design, this charger undercuts the competition while retaining a high quality. 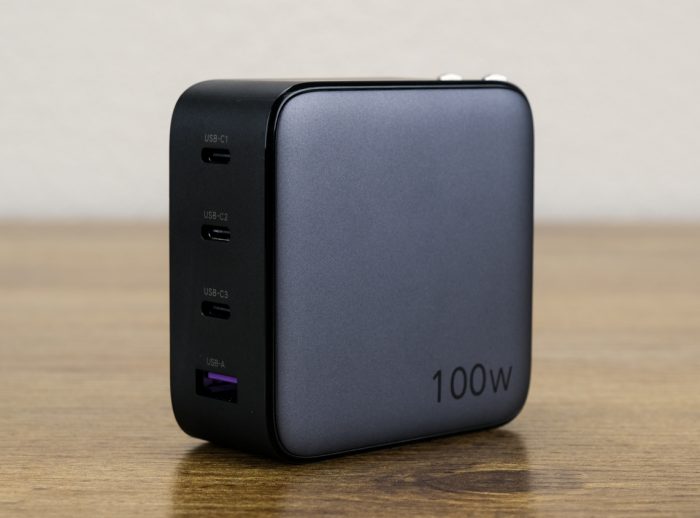 BGR may receive a commission
Amazon
$79.99

The Ugreen Nexode 100W charger really starts to step things up. Again, this charger increases charging speed, plus it adds yet another port — a third USB-C port. That means that in total you can charge four devices using this one charger. Like the other options on this list, the Nexode 100W GaN charger has a fold-up design, making it more portable.

The Ugreen Nexode 100W GaN Charger is available for $80, which isn’t all that bad for what you get. Other chargers like this usually cost at least $100, and some don’t even charge as fast.

If you want to charge your MacBook, then this is an excellent option. The Nexode 140W GaN Charger has three ports, including two USB-C ports and one USB-A port, and beats out much of the competition for the price. 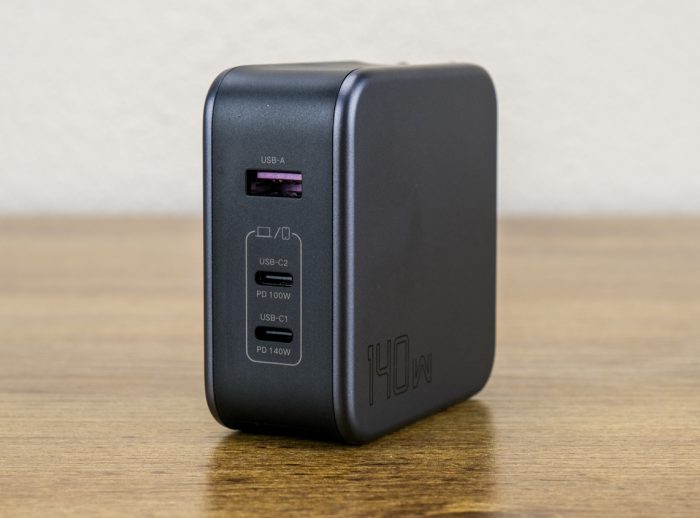 Last of the arguably portable chargers is the Ugreen Nexode 140W Charger, which is only slightly larger than the 100W charger, but offers a faster charging speed. You might notice, however, that it has one fewer port than the 100W charger. That’s because this charger is really built for charging multiple larger devices. It can still charge smaller devices though — and Ugreen says you’ll be able to charge an iPhone 13 to 78% in 60 minutes, a MacBook Air to 71%, and a 14-inch MacBook Pro to 80%.

The charger is built for safety too. Ugreen says that the charger takes a temperature reading five times per second, helping ensure that there aren’t any major safety issues.

It’s not necessarily cheap at the $150 list price. But it still undercuts much of the competition. Apple offers a 140W charger for $100, but it only has one port. If you want fast, multi-port charging, this is absolutely the way to go.

The Ugreen Nexode 200W GaN Charger is built for desktop use, and lets you charge two devices at 100W, and has a hefty six ports built into it. It’s not cheap, but it does beat out most of the competition in some way. 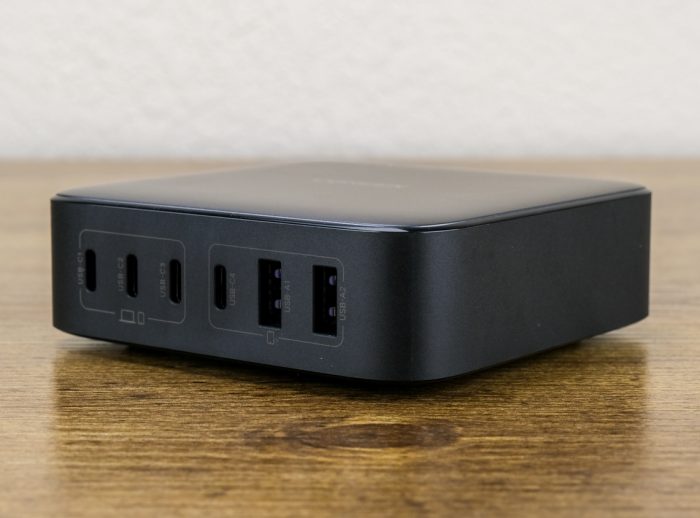 Last but not least is the Nexode 200W GaN Charger, but it’s a little different than the other chargers on this list. Why? Well, it’s made to be a desktop charger — something that you would keep permanently on your desk or nightstand, and not take on the road with you. This charger doesn’t plug directly into the wall — instead, it plugs in through a power cable. On the front, there are a hefty six ports — four USB-C ports and two USB-A ports.

It’s important to note that the maximum charging speed here is actually 100W — but it’s a 200W charger because it’s capable of charging two devices at 100W at once. With three devices plugged in, all can charge at 65W. Ugreen says that you can fully charge a 2021 16-inch MacBook Pro in 1.5 hours, which is pretty impressive — though you’ll have to use the MagSafe charger to do so.

At $200, this is not a cheap charger, but it’s not overly expensive for what it has to offer. Otherwise compromise in some way — whether it be through having fewer ports, not being a desktop charger, or something else.