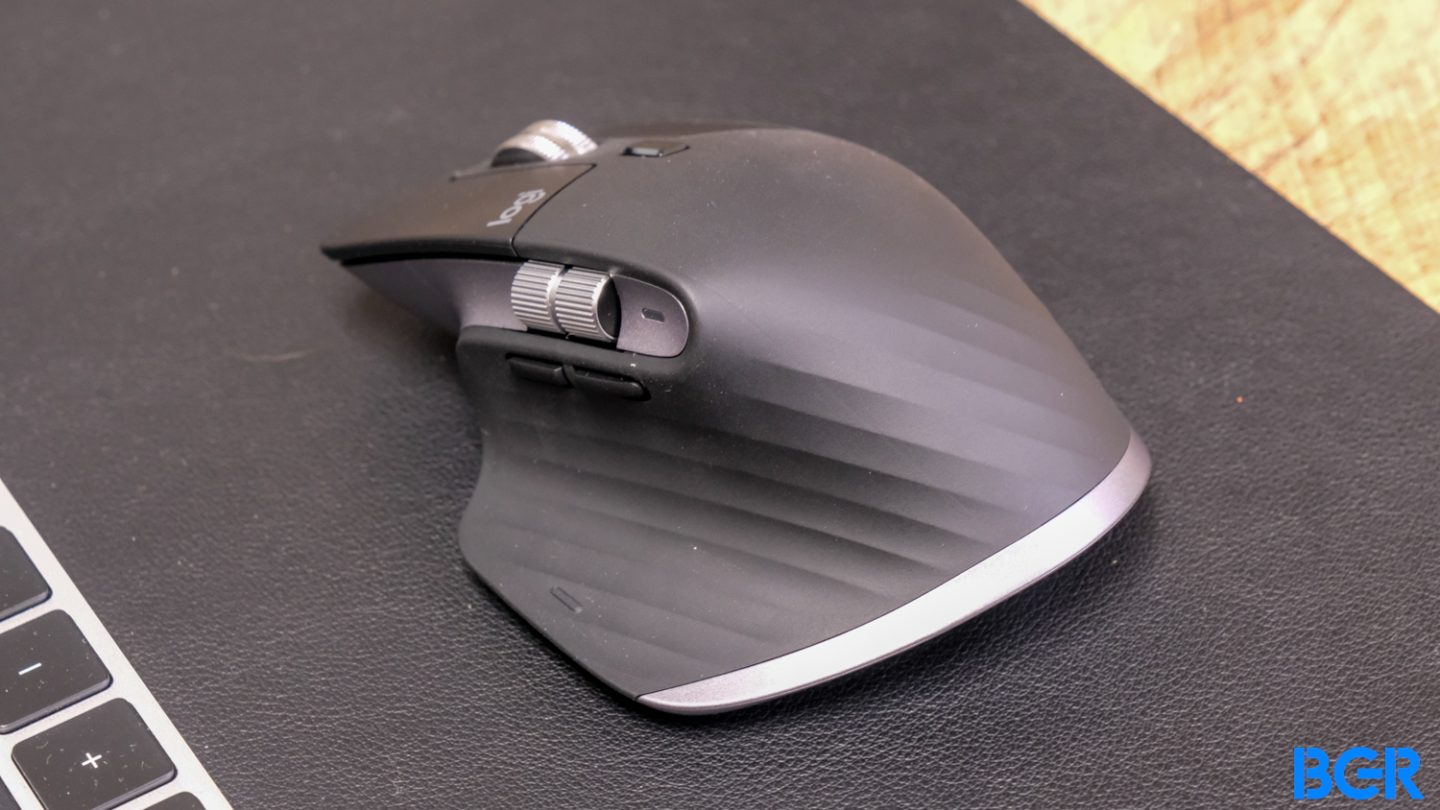 The Logitech MX Master is almost legendary. The original arguably redefined what a productivity-focused mouse could be, taking elements from gaming mice, bringing in an ultra-ergonomic feel, and giving customers enough customization to make the mouse worth the price tag. Since then, and through multiple iterations, the MX Master has proven itself as the single best choice for productivity and creativity alike. Most recently, Logitech launched a Mac-focused iteration of the MX Master 3S — aptly named the Logitech MX Master 3S for Mac.

The Logitech MX Master 3S for Mac takes the excellently-reviewed MX Master 3S, and gives it the Mac treatment with slightly tweaked colorways, and what Logitech says is connectivity optimized for Mac. There’s no dongle here — but the device can still switch between three Apple devices with the press of a button on the bottom.

Does the reigning champ of computer mice retain its title? I’ve been using the Logitech MX Master 3S for Mac to find out.

The Logitech MX Master 3S for Mac builds on the much-loved MX Master series and somehow makes it even better. 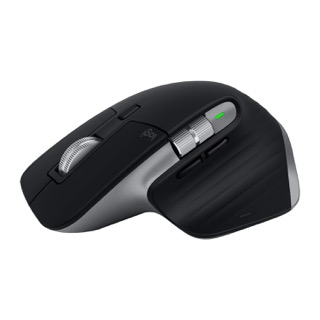 The Logitech MX Master has retained its overall design since its inception, with its large arched body and sculpted shape that makes it feel natural in the hand. Well, natural if you’re right-handed — like previous generations of the mouse, there’s no left-hand model.

The Logitech MX Master 3S for Mac comes in two color options — Pale Gray and Space Gray. I’m reviewing the Space Gray model, and prefer the look overall — though if you have a light-color Mac or other lighter accessories, you may prefer the Pale Gray model.

There are a number of buttons dotted around the mouse. For starters, there are the left and right-click buttons, which are now super quiet — something that I love. Between the left and right click buttons is a large magnetic scroll wheel that feels incredibly premium, along with a button to let you switch between smooth scrolling and incremental scrolling.

On the left side of the mouse, there are more buttons that can be controlled with your thumb. For starters, there’s a horizontal scroll wheel, which definitely helps in horizontal workflows like audio or video editing. And, there’s a forward and back button, and a button in the thumb rest that lets you control gestures like switching between gestures or opening the launchpad. It’s programmable, so you can change what that button does.

At the front of the device is a USB-C port for charging, and on the bottom is a power switch, with a button to switch between your three different connections, if you use them.

Generally, the Logitech MX Master 3S looks great. It’s sleek and stylish, and offers plenty of buttons, programmable and otherwise, for any workflow.

The MX Master 3S for Mac doesn’t just look good, it feels great too. Logitech has long made great ergonomic accessories, and the MX Master 3S is no exception to that rule. It feels natural all the time, and it never feels too small or cluttered. Even after using the new Logitech MX Lift for a few days, which is built for ergonomics, I preferred the MX Master 3S — though that could just be down to what I’m used to.

As mentioned, Logitech has built new quiet buttons into the left and right click buttons — and thankfully, that doesn’t cause the mouse to feel cheap or bad. That’s unlike many other so-called quiet mice.

Now, that’s not to say that the buttons feel the same. They still feel a little different compared to previous generations. The best way to describe it would be to say that they’re not as “sharp.” But they don’t get anywhere near mushy, thankfully. I like the feel just as much — and am glad that the mouse is quieter.

According to Logitech, the MX Master 3S for Mac offers a battery life of up to 70 hours on a full charge. I found it a little difficult to test how accurate that estimate was — previous models have lasted over a month of use. That seems to remain true here, and most won’t need to charge their MX Master 3S regularly at all.

Apart from the new quiet buttons, the main difference between previous generations and the new model is the improved optical sensor, which has been increased to 8000 dpi. This didn’t make a huge practical difference to me, but it could come in handy down the line if I upgrade my setup. You also don’t have to enable 8000 dpi if you don’t want to.

Logitech has launched a new version of its software alongside this mouse, called Logi Options+. A lot of the update comes down to a user interface refresh — but that’s not a bad thing. Like before, the software lets you customize what buttons do, and you have even customizable controls for different apps — which really unlocks the versatility of the software. You’ll also be able to see information about the battery.

The software is generally well-designed and easy to use. As you would want, it also allows you to set up your preferences, and then largely forget about the app unless you need to make a change.

The Logitech MX Master 3S for Mac is a killer mouse — and delivers on the promise of improving the already-excellent MX Master 3. The quiet buttons still feel great, and the Logi Options+ software makes it easy to tweak the mouse to your preferences — even on an app-by-app basis.

The Logitech MX Master 3S is pretty much without rival, at least for productivity and creativity. It’s not cheap, but anyone who wants a high-end mouse should seriously consider it.

If, for some reason, you don’t want either the MX Master 3S or MX Master 3S for Mac, then it’s worth considering the Microsoft Bluetooth Ergonomic Mouse, which is far cheaper and doesn’t have the same customization, but still offers a decently ergonomic feel. Or, gamers should consider something like the Razer Basilisk Ultimate.

Should I buy the Logitech MX Master 3S for Mac?

Yes. If you’re an Apple user, it’s the best mouse. Others should buy the standard MX Master 3S.