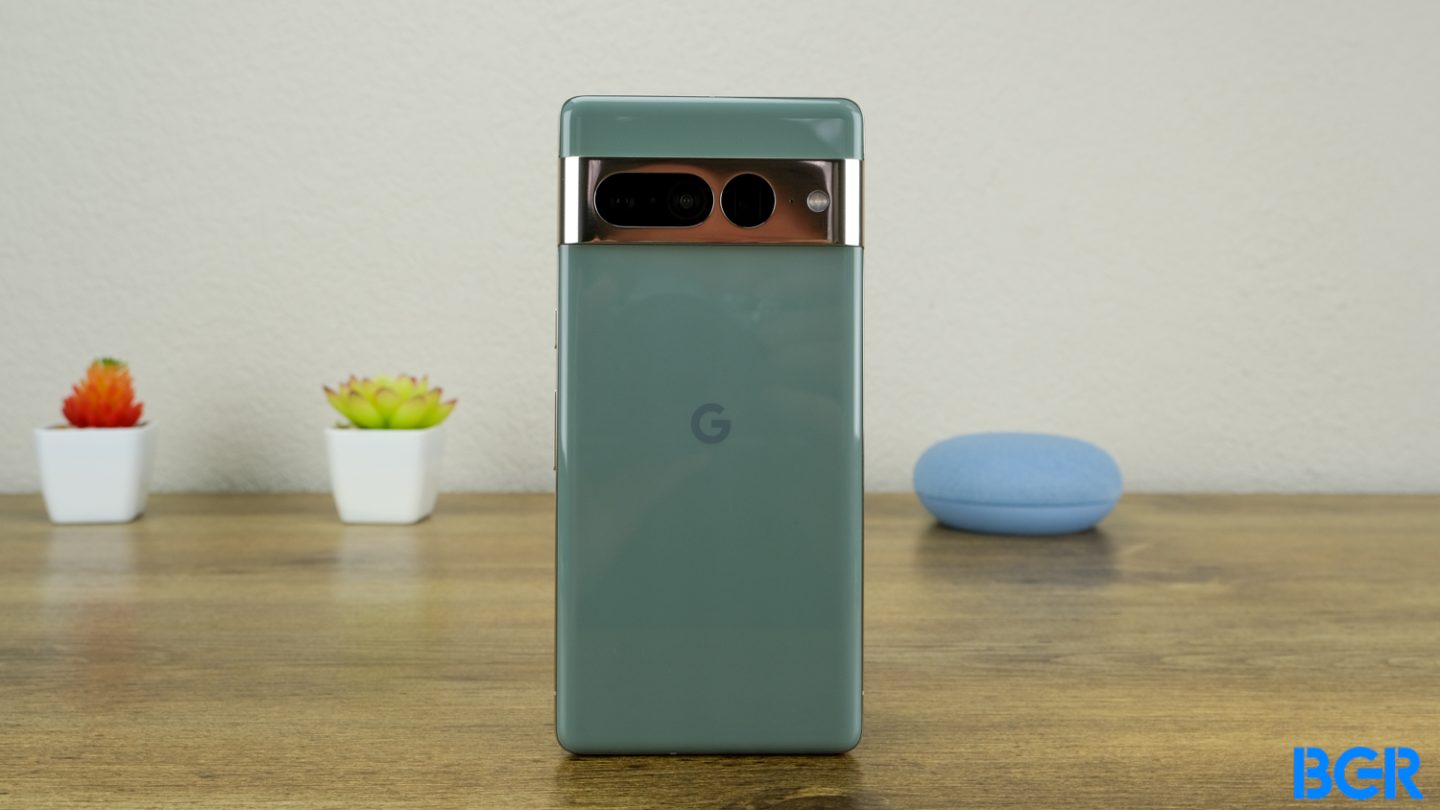 Last year’s Google 6 Pro set the tone for what a true Android experience could be. The device offered a high-end camera, and along with the Pixel 7, was one of the first devices to feature Google’s new self-designed Tensor chip. Now, however, Google has to build on that, and to that end has launched the new Google Pixel 7 Pro.

Along with the standard Pixel 7, the Google Pixel 7 Pro does indeed seem to build on last year’s excellent phones. With a second-generation Tensor processor, improved camera tech, and the new Android 13 operating system, the device aims to define what Android should offer.

Does the Pixel 7 Pro set Google on the right path for smartphone hardware dominance?

The Google Pixel 7 Pro offers an excellent camera with great zoom features, good performance, and more. It’s also cheaper than much of the competition. 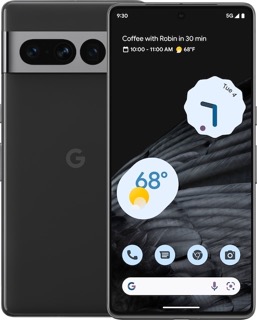 The Pixel 6 and Pixel 6 Pro introduced a new design that seemingly set the stage for the Pixel series. The Pixel 7 Pro offers a number of design tweaks compared to last year’s Pixel 6 Pro, though overall, you’ll still get the same general shape, including the large camera bar across the back of the phone.

Again, however, there are some tweaks. For starters, the camera bar has been redesigned to offer a metal covering, instead of a glass one. On the Pixel 6 Pro, you got a glass covering with metal lips on the top and bottom that helped ensure the glass was protected on a desk or table. The new design better protected the cameras, with only a few glass cutouts for the camera lenses themselves. That covering extends to the frame of the device, though is clearly a separate piece given the antenna lines that cut it off from the rest of the frame. That’s not a bad thing though.

Also different are the color selections. The Pixel 6 series offered a two-tone look that I really liked. The Pixel 7 and Pixel 7 Pro, however, do away with that. Instead, the top and bottom of the back of the phones match, separated by the metallic camera bar. I’m reviewing the Hazel model, which has a gold camera bar, and I really like the overall look of it.

On the left side, you’ll get the SIM tray, while the right side is where you’ll get the power button and volume rocker. On the bottom can be found the USB-C port.

Under the display, the Pixel 7 Pro offers an optical fingerprint sensor, which I found to be responsive and quick. You don’t have to use it though — Google has also included Face Unlock with the front-facing camera, which leverages machine learning. Google notes that the fingerprint sensor is more secure, which makes sense given the fact that Face Unlock doesn’t use fancy infrared sensors, like on the iPhone. Also, the sensor seems to be quite a bit faster than that on the Pixel 6 Pro, which is nice to see.

While I miss the dual-tone color schemes, I generally don’t mind the design of the Pixel 7 Pro. It’s unique, and looks great, plus the phone feels pretty good in the hand.

Like the Pixel 6 Pro, the Pixel 7 Pro offers a 6.7-inch display with a 120Hz refresh rate and a 1,440p resolution. It’s an OLED display, too, which means that it offers those deep inky black-levels and the ability to turn off most of the display even when the always-on-display is active.

There are some improvements to the display though — even though the display on the Pixel 6 Pro was excellent. According to Google, there’s a 25% improvement in peak brightness, and indeed it did look a little brighter, when placed alongside the last-generation model. The Pixel 6 Pro’s display was far from dim, but extra brightness is always welcome, for those situations in which you use the phone in direct sunlight, for example.

One of the big improvements for the Pixel 7 Pro is the addition of the new Google Tensor G2 processor, coupled with 12GB of RAM, which powers many of the smart features that you’ll get with the phone. It has two “big” CPU cores, two “medium” cores, and four “little” cores, like the original Tensor. Its clock speed is only slightly faster, and generally, I found that it performed very similarly to the previous-generation model.

That’s not a bad thing though. The device was able to handle day-to-day use very well, and multitasking was a breeze. Sure, it won’t necessarily reach the heights of the latest iPhone or the top-end Snapdragon-powered phones, but you won’t notice in daily use.

The question is, how long will it continue to perform well — and that’s a question I can’t answer after only a few days of use.

Whether you use your device for gaming or productivity, the Pixel 7 Pro should be able to handle what you can throw at it. It easily handled games like Genshin Impact, and never stuttered or skipped. I never even ran into a crashed app — which is a big deal considering the buggy software that shipped on the Pixel 6 series.

The Pixel 7 Pro comes with a 5,000mAh battery, and I found it to easily last a day of even relatively heavy use. Now, I’m not a super heavy user — I don’t mobile game all that often, and most of the day I’m at my computer, so I use it for things like social media. But I was able to end most days at around 40-50%, and I suspect most will easily get through a full day.

The phone offers versatile charging options too. It can fast charge at up to 30W, which Google says will get it 50% charge in around 30 minutes. That’s not quite as impressive as some other options out there, but it’s far from slow. And, it supports wireless charging at up to 23W, which is quite fast. It can also be used to charge other devices that support Qi, which is a neat feature.

As you would expect, Google has added some camera improvements to the Pixel 7 Pro. The device comes with a triple-lens camera on the back, with one 50-megapixel main camera with an f/1.9 aperture, one 48-megapixel telephoto camera with 5x optical zoom, and one 12-megapixel ultrawide camera.

And, Google is touting some great new camera features. For example, there’s a new 2x optical zoom setting that basically crops the image from to 50-megapixel main camera, and you can zoom to a massive 10x with a crop on the 48-megapixel telephoto camera, which produces a 12-megapixel photos. It’s a step further than what Apple did for the iPhone 14 Pro, and I hope Apple matches it next year. You can get up to 30x digital zoom, which is pretty huge.

The G2 powers other features, like the new Night Sight mode, which Google says will take brighter images, quicker. And, there’s a “photo unblur” feature that can sharpen blurry images. Last but not least, Google is taking a page out of Apple’s book with the new Cinematic Blur mode.

So how does all this do in the real world? Very well.

In normal, well-lit environments, the Pixel 7 Pro captures excellent images with good detail and relatively natural colors. Google has been backing off a little from the super heavy contrast of previous-generation Pixel phones, and the result is a more natural-looking image. I did find the iPhone 14 Pro to capture a little more detail and sharpness, even in low-light conditions, but without pixel-peeping, it’s hard to tell. The iPhone 14 Pro also captured slightly warmer colors.

But the best thing about the Pixel 7 Pro is how it performs when zoomed. Now, I’m not going to pretend that photos looks super clear at 30x zoom, but you can definitely tell what the subjects of the photo are — and the image is much clearer than most of the competition, especially in this price range. Images zoomed at 10x still have some of the painting effect, but generally they look very clear and very detailed.

According to Google, the Tensor G2 allows the phone to capture Night Sight images faster, and it did indeed seem to be able to capture them pretty quickly. Of course, they weren’t captured as quickly as images captured in well-lit environments, but the phone still makes it easier to capture good photos in low-light without having to stand there for long.

Generally, the Pixel 7 Pro delivers one of the best cameras in this price range. With zoomed images, it outperforms every phone at this price or cheaper. In day-to-day use, I did find the iPhone 14 Pro to capture a little more detail, but again, you can’t tell most of the time.

The Google Pixel 7 Pro comes with the latest-and-greatest Android 13, and it seems to work pretty well in my experience. That’s important — the Pixel 6 series was notoriously buggy. We’ll have to wait and see if similar bugs emerge over the next few months, but my experience with the software was good.

Pixel phones come with loads of software features that set them apart from some of the Android competition — and the Pixel 7 Pro is no exception to that rule. Google highlighted a few at the launch of the Pixel 7, like a transcription tool for audio messages, more Digital Wellbeing features like a Cough & Snore Detection feature, and access to Google One’s VPN service, for free. Normally, this would require subscribing to the $9.99 per month plan.

Unique features aside, Android 13 on the Pixel 7 Pro seemed to run smoothly, which is a step in the right direction.

Unfortunately, Google has only confirmed three years of operating system updates for the Pixel 7 Pro — which is far less than Apple currently offers for the iPhone.

The Google Pixel 7 Pro is an excellent phone. It’s not necessarily a massive step forward over the Pixel 6 Pro, but it does offer some improvements. Generally, you’ll get an incredible camera, great performance, and all the Google-focused features that you would want from a Pixel phone. If you have a Pixel 6 Pro, you don’t need this phone — but anyone else that puts Google at the center of their digital lives will love what’s on offer here.

You might be deciding between the Pixel 7 Pro and the standard Pixel 7. Most of the differences come down to the camera and the display. The display is still pretty good on the Pixel 7, but that phone doesn’t have a telephoto camera, and the ultrawide camera isn’t quite as wide. If you don’t mind losing those things, then you should go for the standard Pixel 7, and save $300.

Other competition in the Android world comes from the more expensive Galaxy S22 Ultra and standard Galaxy S22. I personally prefer the Pixel approach to things like software and the camera.

Should I buy the Google Pixel 7 Pro?

Yes, but only if you really want the better display and more versatile camera over the Pixel 7.

The Google Pixel 7 Pro offers an excellent camera with great zoom features, good performance, and more. It’s also cheaper than much of the competition. 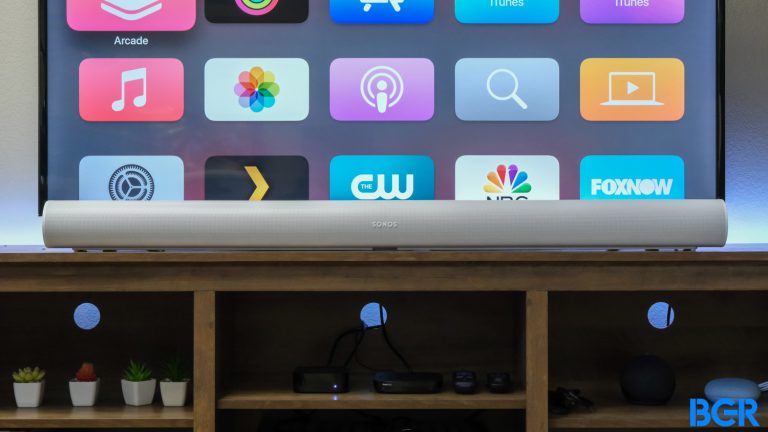