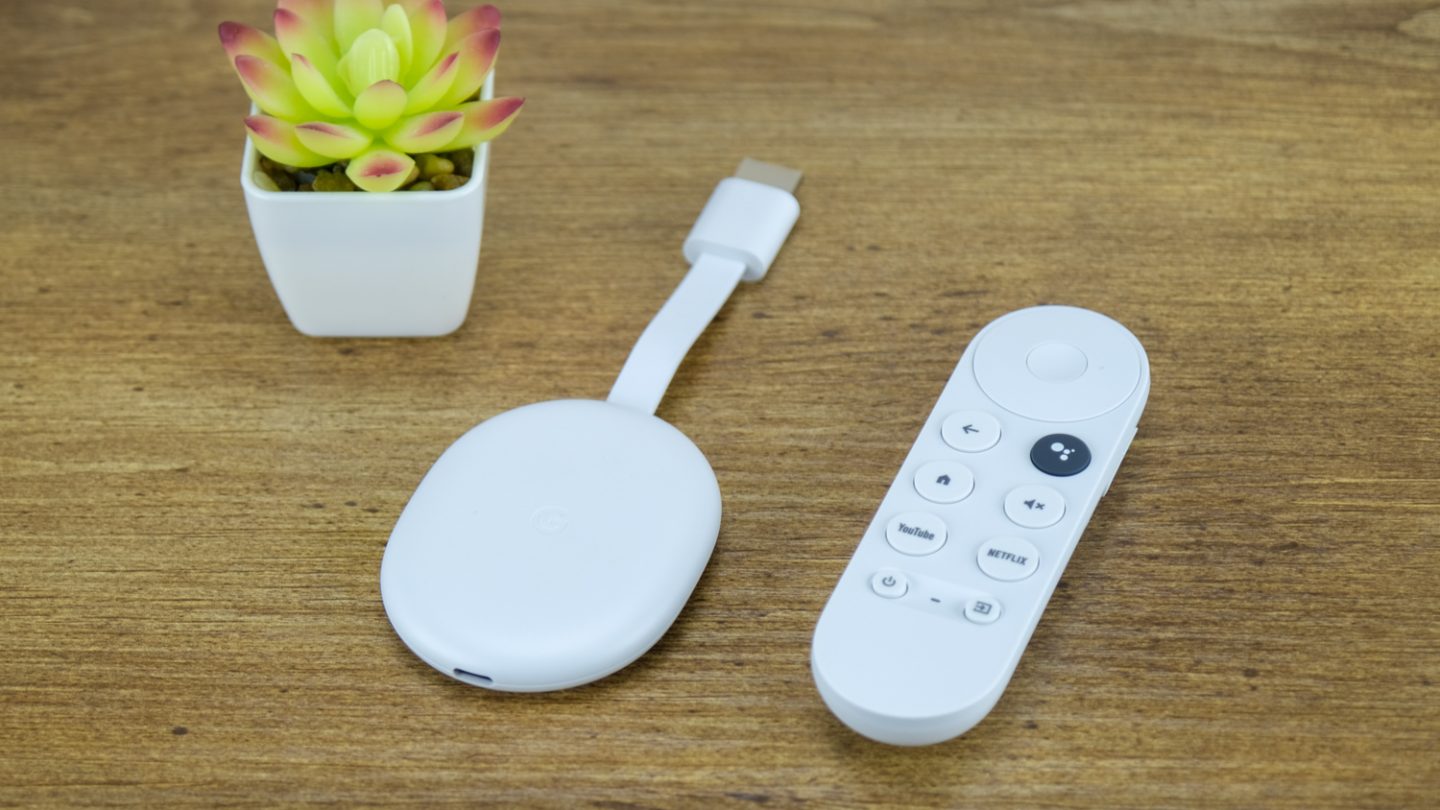 The original Google Chromecast busted open how customers consumed content, making it easier than ever to enjoy content from your phone, computer, or tablet. But a lot has changed since then. Notably, the competition has seriously heated up. Seemingly everyone except Apple has an inexpensive streaming stick that lets you beam content from other devices, and even open smart streaming apps on the device itself. The latest Chromecast, the Google Chromecast with Google TV, both serves as a way for Google to compete, and lets it show off its latest smart TV platform — Google TV.

But with so many other options out there, how well does the Google Chromecast with Google TV actually perform? And how much better is it than the lower-end Chromecast? I’ve been using the device to find out.

The Chromecast with Google TV is a little bigger than other Chromecast devices, but it’s still small enough to easily hide behind your TV — and the flexible cable helps with that. It has a USB-C port on the bottom for power, and it’s built from white plastic. At least, mine is — it comes in three colors: Snow White, Sunrise Peach, and Sky Blue. It looks fine, but again, it’ll be hidden behind your TV.

At the end of the cable is the HDMI port, which thankfully supports the HDMI 2.1 spec. The device can be powered by a wall outlet or straight from the TV, with a compatible TV. It couldn’t actually draw enough power from the Hisense TV I was testing it with. So, I had to plug it into a proper power outlet instead.

The device does not have an Ethernet port on it, so you’re stuck using WiFi. That won’t be a huge deal for most, and those that really want a wired connection can get a USB-C to Ethernet adapter for the device.

More important than the device itself is the design of the associated remote. The remote is relatively small, and built from the same white plastic. Unlike some other remotes, it has no channel controls — only software controls. It can be used to control the volume and power of your TV as well, and it has quick buttons for YouTube and Netflix. The buttons are clicky and easy to access. Unfortunately, it’s powered by two AAA batteries instead of offering a rechargeable battery.

Unlike Chromecasts of old, the Chromecast with Google TV has a full TV operating system built into it — Google TV. This is one of the first devices with Google TV instead of Android TV. As you might expect, when you set it up, you’ll sign in to your Google account. After that you’ll be able to access Google Assistant, YouTube, and other Google-based services.

But what are the differences? Well, there are a few, but if you’ve used Android TV before, you won’t get lost in Google TV. The big change is that Google TV emphasizes more personalized content, instead of straight rows of apps and services. Google TV is also better at offering smart home controls, for those plugged into the Google Home ecosystem. It’s a natural progression from Android TV, and easily could have been just a new version of Android TV.

In the interface, you’ll get a row of accessible content right at the top of the screen. Under that, you’ll get tiles of apps, allowing you to pop into individual services. Then, more content that is organized by service, and may or may not be very populated depending on which services you use. For example, if you don’t buy or rent movies off of Google Play Movies and TV, you might find relatively empty sections.

Generally, Google TV works well and is easy to navigate. That’s especially true for those that have used Android TV in the past. It also supports all your favorite streaming services, including Apple TV, Netflix, , and more.

So how does the device actually perform? Well, thankfully, very well.

The Chromecast with Google TV supports content with up to a 4K resolution, in HDR10+ and Dolby Vision. That’s pretty much everything we would have wanted from the device in terms of video support. Keep in mind that you’ll need a compatible TV to actually take advantage of those formats.

The device supports all the audio formats you would care about too. It supports DTS, Dolby Audio, Dolby Digital Plus, and Dolby Atmos. Again, you’ll need a compatible TV and a compatible sound system.

Generally, the device seemed fast enough for most situations. The software was relatively responsive and reactive, and while it might slow a little with heavy multitasking, that never really got in the way of using the device.

The Google Chromecast with Google TV is a very capable streaming device that supports 4K HDR streaming at a relatively low price. If you’re plugged into Google’s ecosystem and want something that will support all your favorite streaming services, this might be the device for you.

Of course, it’s also worth looking at streaming devices from other companies. Roku and Amazon both offer very competitive streaming devices in this price range. If you prefer to live within Google’s ecosystem, then you should stick with the Google device. But if you’re open to using a device from another company then we recommend the Roku Streaming Stick 4K, which also supports high-resolution video and plugs into more smart home ecosystems.

Should I buy the Google Chromecast with Google TV?

Yes. The Google Chromecast with Google TV is a very capable streaming device. 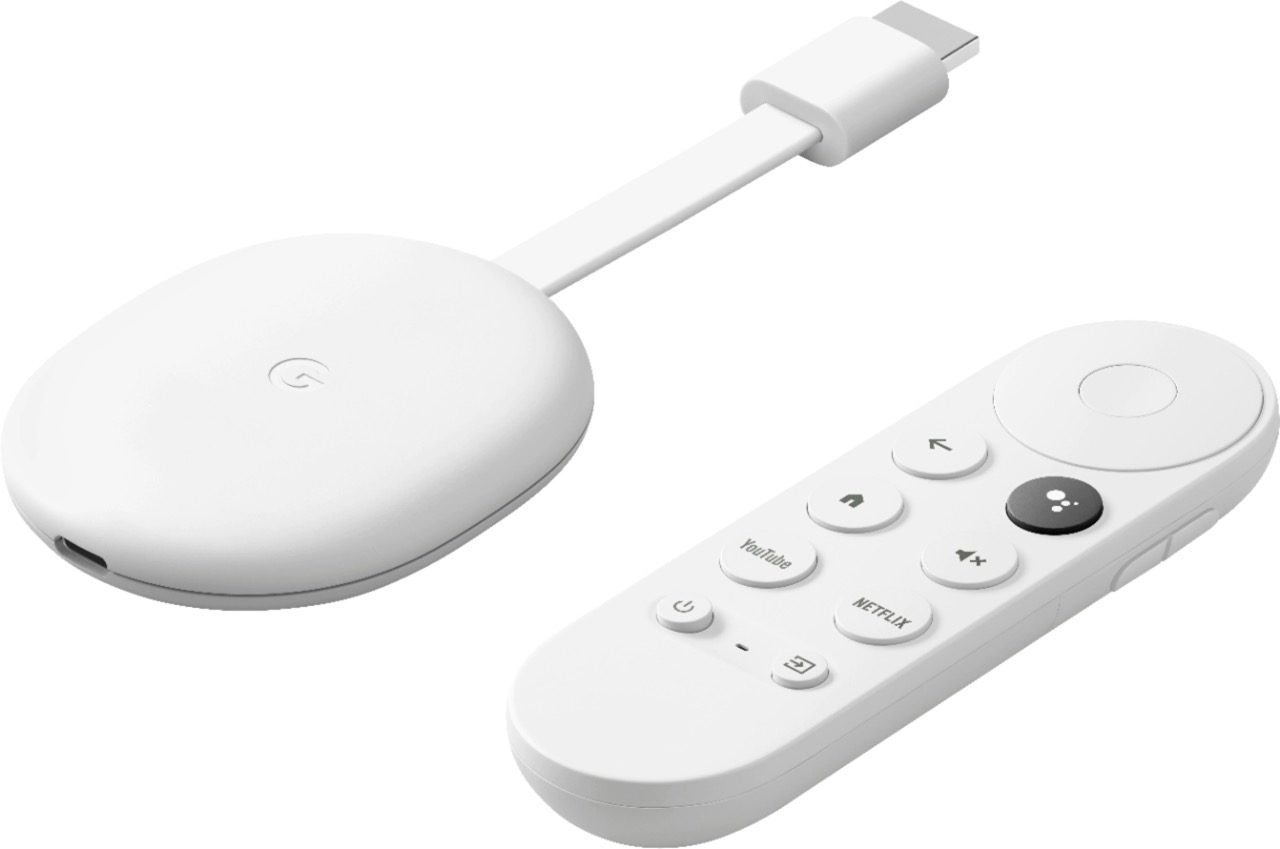