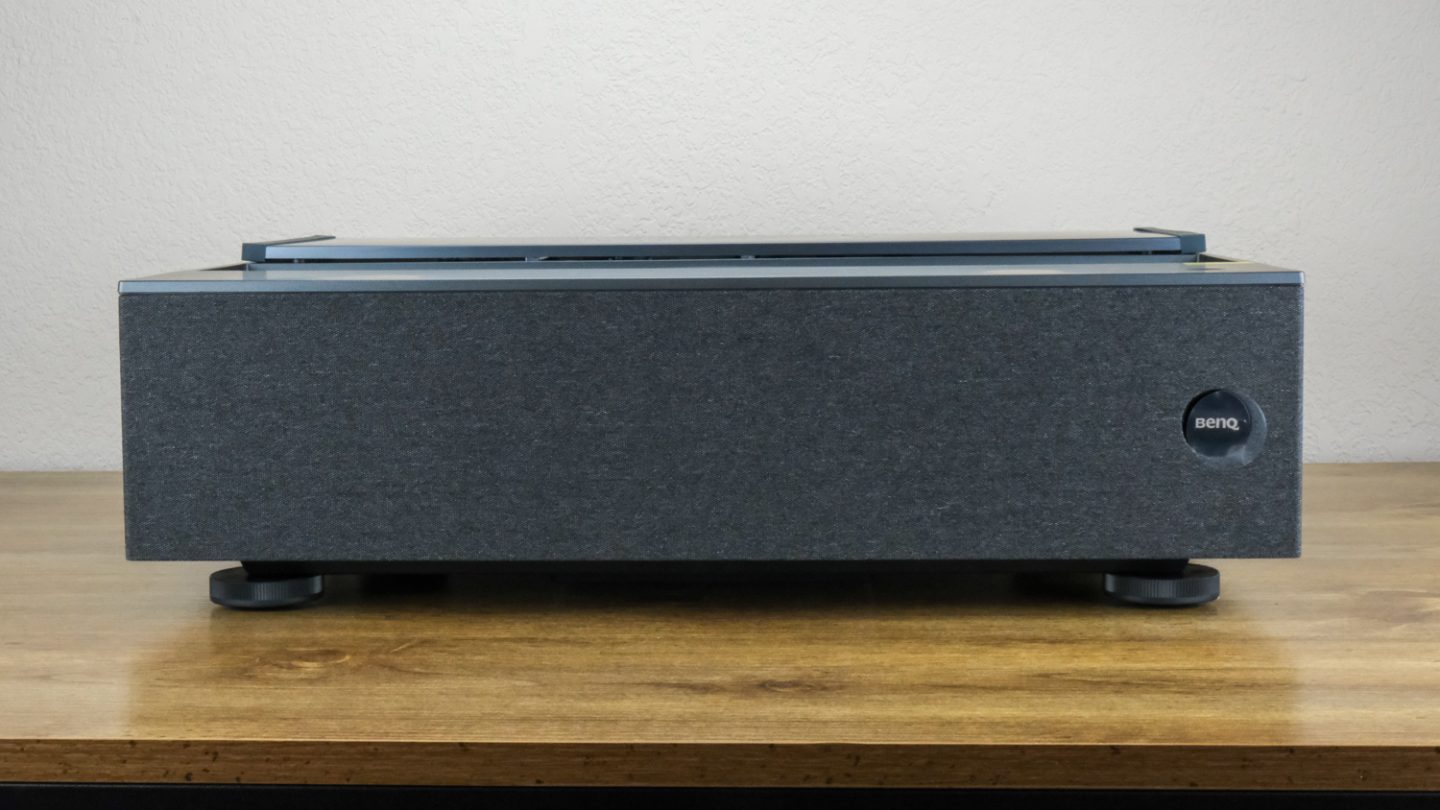 The BenQ V7050i may not offer the easiest overall experience, but it excels where it counts: Image quality. That’s not to mention the solid design and built-in speakers. 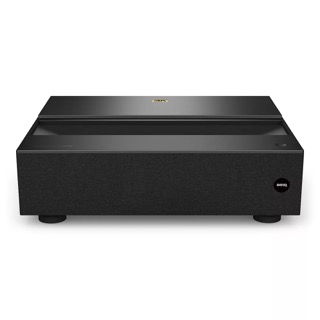 Just a few short years ago, short-throw projectors were not only uncommon but also incredibly expensive. Since then, they’ve gotten a whole lot better, and a whole lot cheaper — though they’re still not cheap. One of the most common of these is the new BenQ V7050i, which is built at offering a premium short-throw projection experience, in a do-it-all box.

But at over $3,000, the BenQ V7050i certainly isn’t cheap. That’s not to mention the increased competition over the past few years, from the likes of Optoma, Vava, and more. Is the BenQ V7050i the way to go? Or should you spend a little more cash? I’ve been using the BenQ V7050i for a while now to find out.

If you’ve seen a short-throw projector before, the overall design of the BenQ V7050i won’t shock you. The projector is relatively large compared to other home projectors, and is built to be placed just a few inches from the surface that it projectors onto. In terms of size, the projector is 19 inches wide, 6.18 inches tall, and 15.2 inches deep. That should be perfectly fine for most home theater setups.

The front of the projector is relatively plain, but it looks good. It’s covered in a fabric that hides the built-in speakers, save for the BenQ logo on the right. The same is true of the sides. They’re basically just openings for the fans, except for two hidden ports on the right side. The back is where you’ll find most of the ports. In total, the projector offers two HDMI 2.0 ports (no HDMI 2.1), along with three USB-A ports for power.

The top is perhaps the most interesting part of the V7050i. The projector actually has a mechanical cover for the projector lens, and it slides open and closed automatically when you turn the projector on. It’s a cool touch, plus it might help your projector last longer.

Both remote are generally well-designed and easy to navigate. The V7050i’s own remote is basically centered around controlling the projector lens and picture while the QS01’s remote mostly offers software controls. You’ll get used to using them relatively quickly.

The V7050i, as mentioned, offers Android TV through the included QS01 dongle, and it works pretty well here. We found that the dongle was relatively fast and responsive, and allows you easily access all your favorite streaming apps and services.

Thanks to the dongle, you’ll get a host of other Googley features too. Google Assistant is accessible with a button straight from the remote, letting you quickly control things like your connected smart home gear. Assistant also lets you control some aspects of apps, change the volume, and so on.

Most of the important streaming apps and services are here, however there’s one big one missing — Netflix. Netflix isn’t natively supported by the projector, meaning you’ll have to download a series of third-party apps and app stores to get it. This seems to be Netflix’s fault, not BenQ’s — but it’s still super annoying.

Of course, if you don’t want to use Android TV, you don’t have to. You could use another streaming device through the HDMI ports. Or only use Android TV as a way to cast content from another device.

If you’re spending this much on a projector, the most important consideration will probably be image quality. Thankfully, images on the V7050i look excellent. The projector delivers relatively deep black levels, with vibrant colors and a crisp feel. It’s bright enough for most situations — though like with any projector, the darker the better.

The resolution on the projector sits in at 3,840 x 2,160. That’s achieved through a 1,920 x 1,080 DLP chip with pixel shifting. In other words, the image isn’t natively 4K. But you won’t really be able to tell the difference between this approach and a native 4K image.

Out of the box, you’ll get a vibrant image that looks great. Colors are beautifully bright, and while they’re not the most accurate by super high standards, they look excellent in use. For the most part, I stuck with the Bright Cinema image mode, which seemed to offer the most natural colors without diving into custom tweaks. The projector also supports both HDR10 and HLG, however there’s no Dolby Vision support, unfortunately — though very few projectors offer Dolby Vision at this point.

The image is relatively crisp and detailed too, even if you watch lower-resolution 1,080p in standard dynamic range content. Of course, high dynamic range will look even better.

The V7050i has speakers built right into it, which includes two 5-watt virtual surround sound speakers. These speakers were able to deliver a better audio quality than most built-in speakers, and are able to get relatively loud too, though there isn’t much bass to go around. In a pinch, these speakers will work pretty well, but we recommend spending at least a few hundred dollars on a few speakers or a soundbar, if not a more comprehensive surround sound system.

The BenQ V7050i has a lot going for it. It’s not the easiest-to-use projector, especially given the lack of a built-in smart operating system. If you’re willing to look past that or plan on using your own external device anyway, you’ll enjoy the bright, vibrant image on offer.

The competition is growing in the ultra short-throw projector space, but if image quality is the most important thing to you, then the BenQ is the best option in this price range. If, however, you want an easier-to-use software experience, we recommend going for something like the XGIMI Aura, which offers Android TV built right into it.

Should I buy the BenQ V7050i projector?

Yes. The BenQ V7050i is well-designed and offers an excellent image quality.