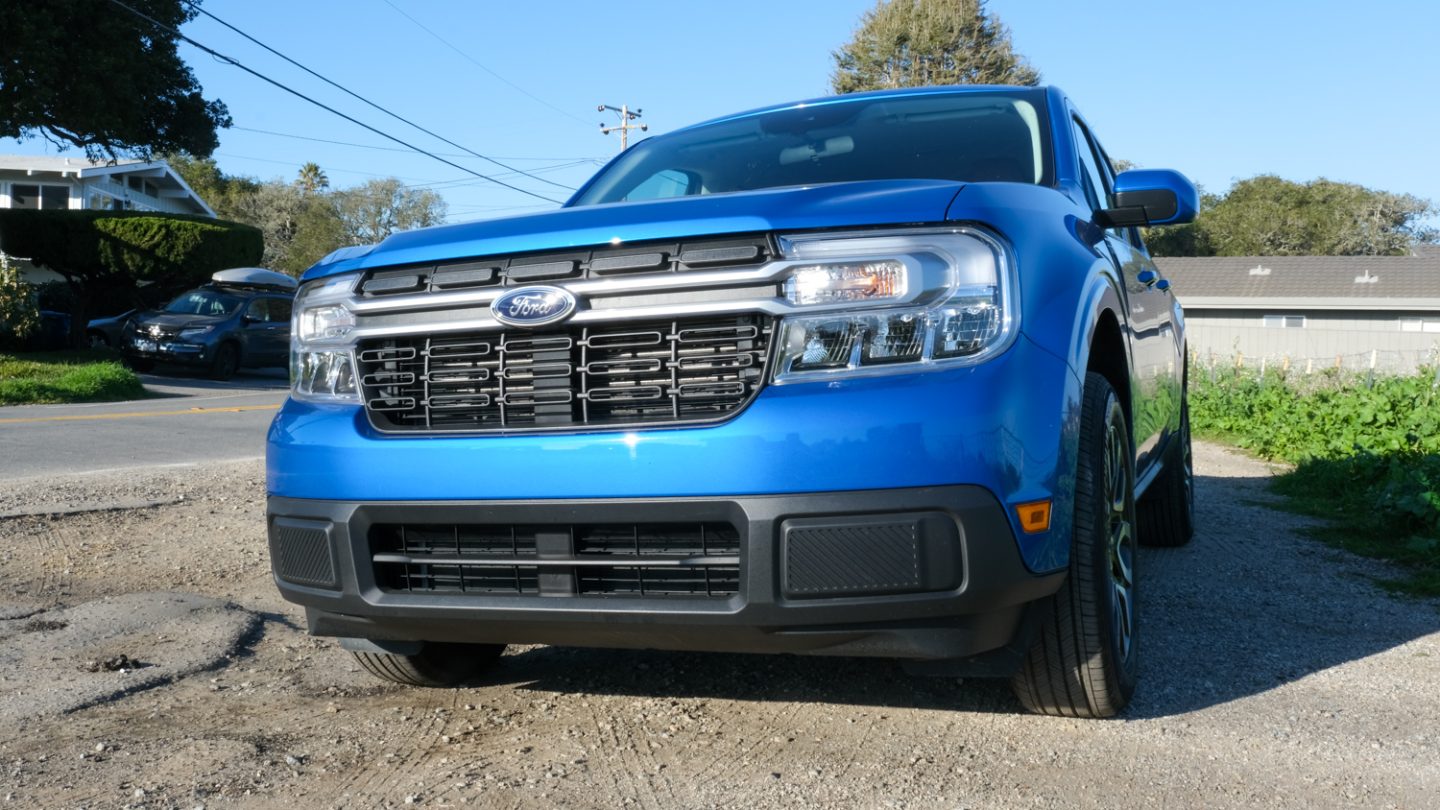 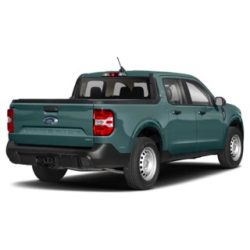 The Ford Maverick has been making some pretty serious waves over the past few months, and it makes sense. It’s essentially the little truck that could — it’s better on the environment than most other trucks thanks to the fact that it’s a hybrid, and thus better on the wallet thanks to the fact that it doesn’t use gas as quickly. Speaking of being better on the wallet, the Maverick starts at $20,000 — a steal compared to the vast majority of other new pickup trucks.

But, of course, it makes sense to be skeptical of something so inexpensive, with so much hype around it. Is the Ford Maverick really the hit that it seems like it could be? I’ve been using the new truck to find out.

The first thing you’ll notice about the Maverick is that despite the hype, the Ford Maverick isn’t the flashiest truck out there. Frankly, it looks like many of Ford’s other trucks over the past few years. It’s certainly not ugly, but it’s pretty basic.

The second thing you’ll notice about it is how small it is. If you’re looking for a large truck, this isn’t the truck for you. Parked next to other trucks on my street, the truck looks pretty small. That’s not a huge deal for most — it still has plenty of room in the truck bed, and those that want the versatility of a truck without a day-to-day need for a large truck bed should be perfectly happy with the Maverick.

Speaking of the truck bed, it offers some pretty slick features that could be useful in day-to-day use. The truck offers Ford’s “Flexbed,” which is able to carry up to 1,500 pounds, and is very easy to load and unload thanks to the relatively low truck height. It has integrated slots for drivers to install their own dividers, if they want, and it can be held at mid-position, with a rating of 400 pounds.

The Maverick is available in a range of colors, and we’re reviewing the Velocity Blue color, and I think it looks great. That’s especially true coupled with the Lariat’s 18-inch aluminum wheels, which give the truck a sportier look.

The interior of the Maverick also isn’t overly flashy, but it still looks nice and feels relatively premium, especially for a truck in this price range. The seats on the Lariat are covered in a nice leather, and I really like the two-tone color-scheme on offer by it. Lower-end models have cloth-covered seats that I was unable to see in person, but they look fine in images.

The truck is relatively basic. The instrument panel has everything you would expect, plus ways to see what driving mode you’re in, and when your truck is recapturing energy, at least on the hybrid model. Move to the right a little, and you’ll find a rotary gear shift, a pretty basic touch-screen. Thankfully, there’s ample storage up-front, including a nice little spot on the dash for your keys or something else small, and a deep center console. The interior also has dual-zone climate control — which I really appreciate on a truck in this price range.

Driving the truck is comfortable and customizable. The interior isn’t all that luxurious or flashy, but it’s better than you might expect from something this cheap.

The interior is pretty basic, and so is the infotainment, perhaps somewhat disappointingly. The Maverick offers an 8-inch touchscreen with a pretty low resolution, and it’s not the most responsive system out there.

Thankfully, the system supports both Android Auto and Apple’s CarPlay — but not through a wireless connection. You’ll have to connect your phone through a wire to access CarPlay or Android Auto, but you’ll be glad you did, because it will breathe modern infotainment into the Maverick’s dated built-in system.

Because the Maverick is an entry-level truck, you should expect the same level of adaptive drive-assist features that you would get on more expensive vehicles. In fact, you won’t get many at all — and the base model of the Maverick actually doesn’t even have cruise control. The Lariat that we’re reviewing does have cruise control, thankfully. All models offer a backup camera, which is especially handy on a truck. There are some other options on the Lariat, like lane-centering, for example.

The most interesting thing about the Ford Maverick, apart from its price, has nothing to do with the features. It has to do with the drivetrain. Both the Ecoboost and the hybrid models offer solid gas mileage for a truck, however obviously the hybrid model is really the truck to get if you want those gas energy savings. There’s a trade-off though — while powerful, the hybrid model doesn’t quite offer the same performance as the EcoBoost.

I was actually pleasantly surprised with the overall performance of the Maverick. This is a truck, to be sure, but it felt much more nimble than many other trucks and even verged on sporty at times. The accelerator is relatively responsive, and gets the benefit of that hybrid electric zippiness. The Maverick is only available in front-wheel drive, but I still found that it handled well.

So which model should you get? Frankly, I think the hybrid model is more than enough for most. If you think you’ll need to tow large loads, then it’s worth keeping in mind the fact that the EcoBoost model can tow up to 4,000lbs, while the hybrid model is limited to 2,000. But for most day-to-day drivers, the Maverick hybrid is perfectly capable.

The Maverick lives up to the hype. It’s not the flashiest truck, nor the most powerful. It’s smaller than most, and the infotainment is a little weak. But what really makes it special is the value for money. At around $20,000 for the base model, you’d be hard-pressed to find something that offers better value in the entry-level truck space these days. Note, most buyers will probably end up paying somewhere in the high $20,000s for their Maverick, with options, but that still represents great value-for-money.

Perhaps the biggest competitor to the Maverick is the Hyundai Santa Cruz, which is another crossover-based pickup truck. The Santa Cruz is more expensive than the Maverick, however, and as a result, if you’re looking to save money on your next truck, it’s the way to go.

Yes — if you can get one. The Maverick is an excellent, sport, entry-level truck. At the time of this writing, however, Ford had paused orders.