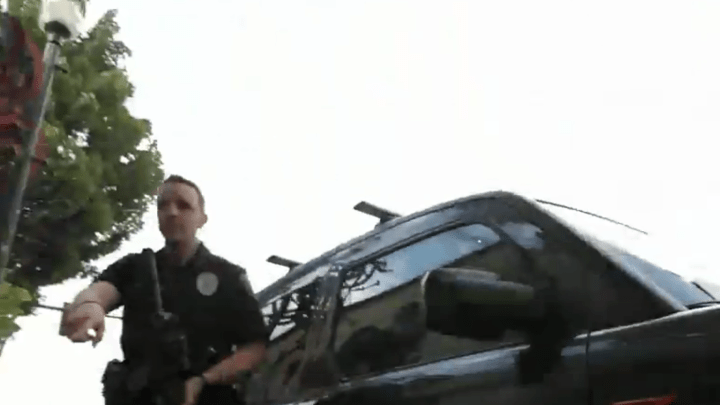 From the first day that YouTube made it easy for anyone with a smartphone and a bank account to upload and monetize videos, “comedians” with limited ethics and an odd sense of humor have been pushing the boundaries of shock “pranks” to feed the content mill. Public humiliation, sexual assault and laughing at dead bodies are all part of the YouTube shock repertoire, but a YouTube personality who calls himself “Arab Andy” managed to find the limits of both good taste and the law with his latest stunt.

According to University of Washington police, a man “walked into a classroom in Savery Hall on the University of Washington campus, filming with a phone in his hand. He asked for everyone’s attention and a pre-recorded message emitted from a speaker on his jacket, announcing something to the effect of “The C4 is charged” and a countdown began. People ran from the room and activated the fire alarm on their way out.”

“We were in a reception in our conference room … listening to our chair talk about our year’s worth of stuff … then this man, who was about six foot one comes in the doorway and says ‘I’m sorry I’m late,’ and I didn’t recognize him, so I say are you supposed the be here … then he didn’t really say anything but then he pushed a button that said, ‘Attention, attention, attention’ then there was a long gap and it said ‘C4 device activated, the countdown has begun,’” a faculty member told the campus newspaper.

A livestreamed video from “Arab Andy,” since taken down by YouTube but found by Gizmodo, shows “Arab Andy” walking into a classroom, and you can clearly here the audio playing from a speaker. The streamer apparently made it out of the building without anyone interfering, but a later clip shows police arresting him on a sidewalk. During the arrest, “Arab Andy” told police “I didn’t do nothing. That was TTS [text to speech]. That was a donation.”

“Arab Andy’s” main gig is allowing viewers to pay small amounts of money for him to play a media clip of their choice through a speaker in public places. According to Gizmodo, a donation of just $4.20 was responsible for the fake bomb stunt.