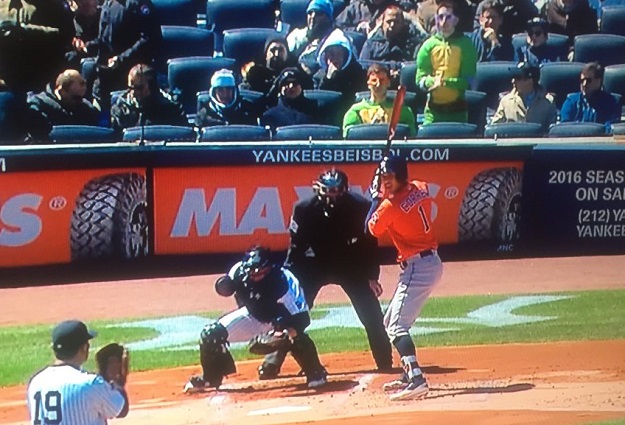 Since jumping to HBO after as a stint as a Daily Show correspondent, John Oliver has made quite the name for himself. Almost without fail, Oliver’s weekly rants on  Last Week Tonight – which are equal parts funny and equal parts informative – quickly go viral.

Most recently, Oliver directed his attention to a new ticket pricing policy employed by the New York  Yankees. Apparently, the Yankees new policy forces fans to purchase tickets via Ticketmaster and also prevents fans from printing up tickets at home. The goal? To help prevent consumers who purchase premium seats from reselling them at below market value.

As if that weren’t frustrating enough, here’s what Yankees COO Lonn Trost had to say about the new ticketing rules, via Newsday.

“The problem below market at a certain point is that if you buy a ticket in a very premium location and pay a substantial amount of money. It’s not that we don’t want that fan to sell it, but that fan is sitting there having paid a substantial amount of money for a ticket and [another] fan picks it up for a buck-and-a-half and sits there, and it’s frustrating to the purchaser of the full amount.”

Trost then added a comment that raised eyebrows on social media because of its seemingly elitist undertones. “And quite frankly,” he said, “the fan may be someone who has never sat in a premium location. So that’s a frustration to our existing fan base.”

Naturally, Oliver didn’t take too kindly to this elitist worldview. His solution? Purchase premium behind-home-plate tickets and offer them up for a quarter to “anyone willing to dress in a way that will make the Yankees as uncomfortable as possible.”

Brilliant on so many levels.

With that as a backdrop, anyone tuning into the Yankees vs Astros game today likely saw the fruits of Oliver’s hilarious social experiment. Originally reported by Deadspin, today’s game features two fans dressed up as Teenage Mutant Ninja Turtles sitting behind home plate.

Looking ahead, we can expect to see more tomfoolery in the stands during upcoming games on Wednesday and Thursday as well.