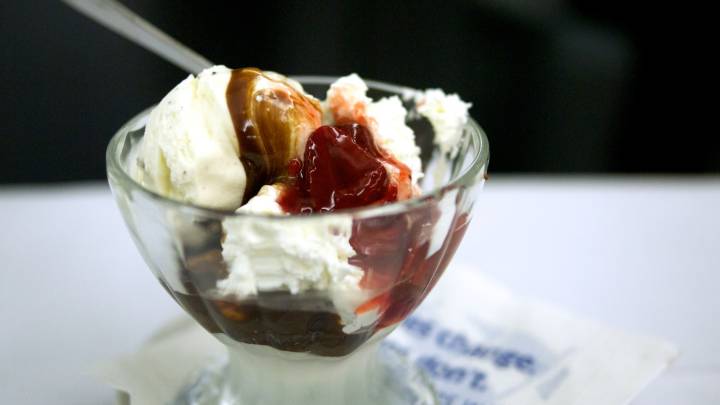 Following a week of record-bad PR, BGR can reveal that United and its passengers are facing a new kind of horror: the stopping of United’s signature ice-cream sundaes. The classic dessert has been taken off United flights following an incident that saw a passenger served a sundae containing glass.

First-class passengers are now facing the horror of eating pre-packaged ice cream containers on flights while United works on the situation. No first-class passengers could be reached for comment on how they’re handling the taste of a cardboard container. However, it appears that United’s re-accommodation of this situation has not yet caused any facial fractures.

Sources told BGR that a passenger on a United flight last week was served an ice cream sundae containing some amount of glass, which was subsequently eaten. United would not comment on the specifics of the incident, but a spokesperson did say that “We have temporarily suspended premium cabin sundae service while we review this matter further. In the meantime, we are serving pre-packaged ice cream cups and mousse.”

United passengers have taken to social media to voice their outrage over this treatment:

The incident comes at a spectacularly poor time for United, which is still in full damage-control mode over an incident last week. The airline called airport security to forcibly deplane a Dr David Dao, who was already boarded and occupying a seat that United wanted to use to transport employees. In the process of dragging a paying passenger out of his seat, the airport police hit his face against an armrest, causing a concussion and facial injuries that required reconstructive surgery.