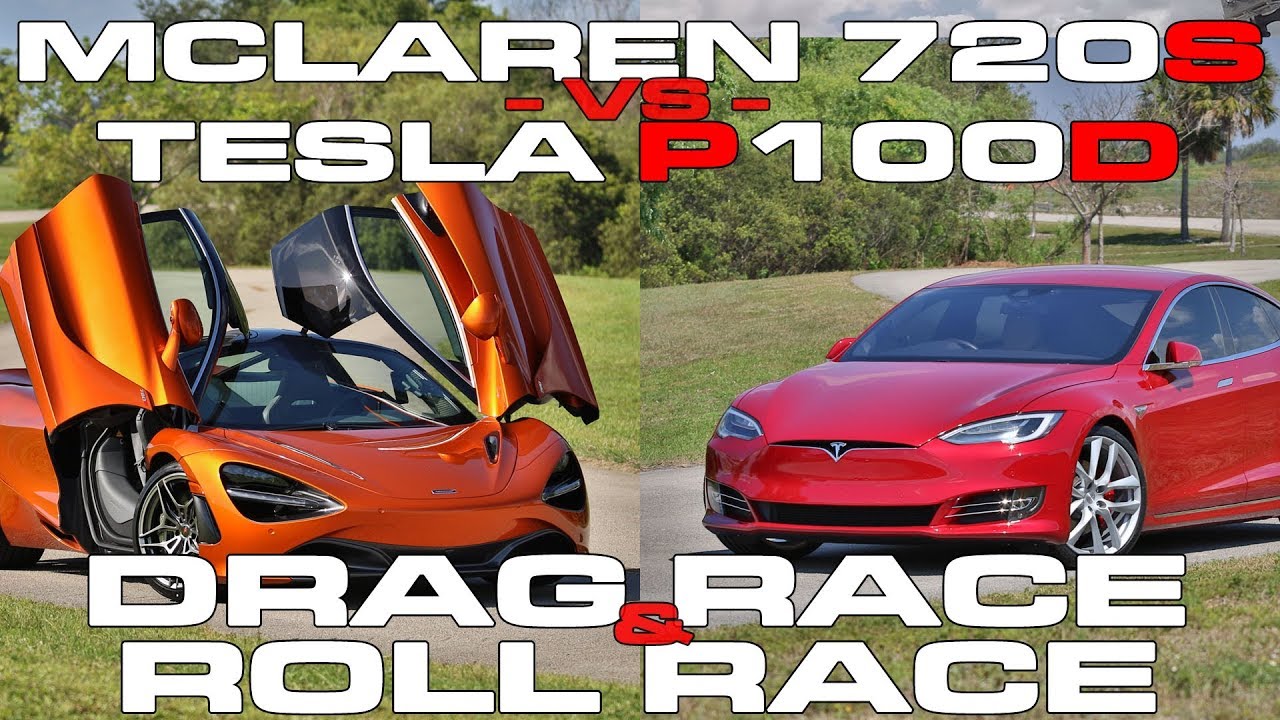 Normally, when we post videos of a Tesla Model S racing [insert absurdly fast supercar here], it’s to demonstrate how the four-door saloon can bring the best of the ICE world to its knees. But not today, and not with a McLaren 720S to test against.

DragTimes managed to get a Tesla Model S P100D — the fastest model, with the Ludicrous launch mode — lined up against a McLaren 720S. It’s not exactly a fair fight, as the McLaren is a stripped-out supercar and the Tesla is more of a highway cruiser. But that doesn’t stop the result from being interesting.

As the video shows, a simple drag race between the two shows up the Tesla’s lack of high-end top speed. Although the Model S gets off the line faster, it doesn’t have the higher-end acceleration to hold off the onrushing McLaren, and it gets passed probably at around 100mph. The result was the same all three races: the Tesla gets off the line faster, but it couldn’t match the top speed of the McLaren.

The result is even more pronounced when they tried a rolling start. Without being able to show off the low-end torque that makes electric cars great drag racers, the Tesla just looks slow.

Does all this make the Model S inferior? Well, if you call losing a drag race at 100mph, to a car that costs $300,000 and can’t go over speed bumps losing, then sure. For everyone else who drives on normal roads at semi-normal speeds, the decision is less clear.