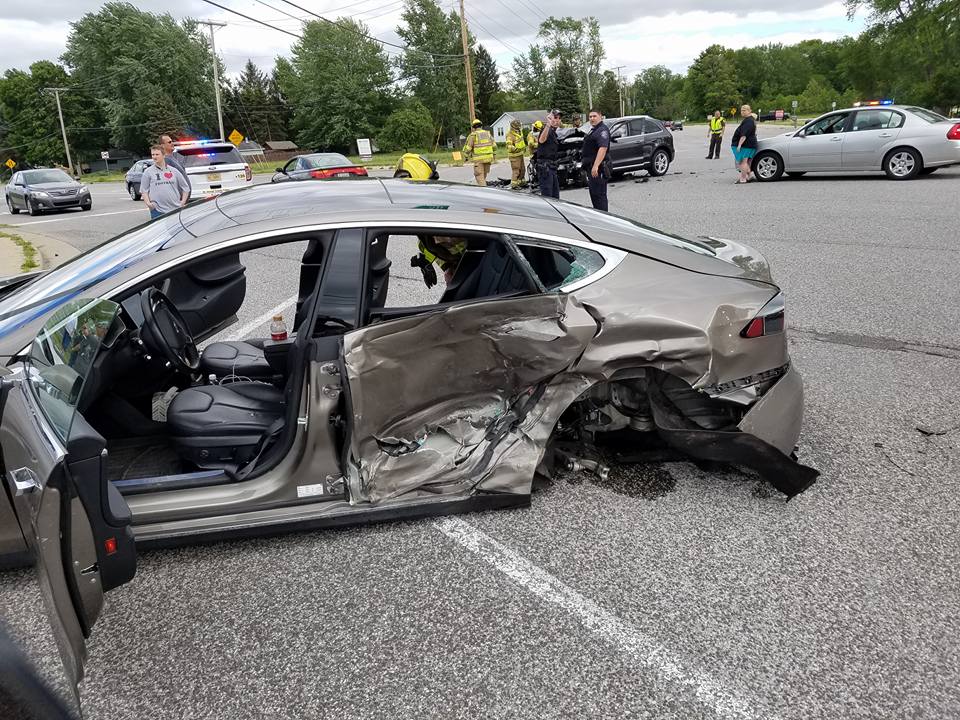 The Tesla Model S has a reputation for being one of the safest cars on the road. Thanks to design options opened up by not having to build around an engine, the Tesla’s body is much stronger than you might think, and a low center of gravity mitigates rollovers.

Still, it’s one thing to read the crash tests and intellectually know that a car is safe. It’s quite another to look at photos of a t-boned Tesla that’s been virtually destroyed, and realize that everyone walked away with bruises.

In a post on the TESLA Owners Facebook group, an Indiana Model S owner describes how his car was hit by an Audi SUV, allegedly running a traffic light at around 45 miles per hour. “Horrible day today. Audi driver texting blew through a red light. Sick,” he wrote. “No one hurt. Miracle. In laws were in back seat. Just some sore people but we all walked away.”

The photos in the post show serious damage to the Model S, particularly the rear driver-side door, which was hit by the front of the Audi. Separate photos show the damage done to the Audi SUV, the front of which appears to be completely destroyed.

Side impacts are one of the toughest things for car manufacturers to design for. Unlike a head-on impact, where there’s plenty of car to crumple and absorb force, there’s very little material in the side of a car to provide a crumple zone. Video of a Tesla Model S undergoing a side impact crash test shows just how much damage is done, even at 30mph.

The Tesla seems to have done a good job protecting the occupants in this case, although it’s not perfect. All four passengers were initially reported to have walked away, but a followup post says that one of the rear occupants later visited hospital to treat head injuries. The side airbags did not deploy in this instance, which could have helped prevent any head accident.