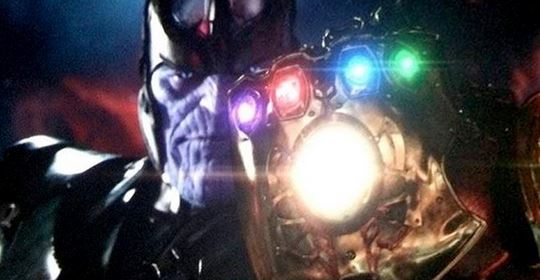 OK, it’s been months since Avengers: Infinity War came out, so you’ve lost all rights to a spoiler-free life. Half of the universe is wiped out when the oddly pacifistic supervillain snaps his fingers, in theory so that balance can finally be restored to the universe. We have our doubts about whether or not those changes are going to be permanent, but while we’re waiting for the next movie, Reddit is conspiring to do something far more damaging: Banning half of the Thanos subreddit at random.

When it was first set up, /r/ThanosDidNothingWrong was the standard small subreddit full of memes and people posting dumb theories. But quickly, the sub outgrew its resources: there wasn’t enough karma to go around, quality posts weren’t being upvoted, and crime and famine spread across the land. Quickly, the idea of a great ban was proposed and gained traction.

According to all-powerful moderator and possessor of the Six Infinity Moderator Buttons u/The-Jedi-Apprentice, the ban was originally scheduled for July 4th, but after consultation with Reddit’s admins (lapsed Avengers in this metaphor?), they realized banning hundreds of thousands of accounts on a day when everyone’s out of the office would be a bad idea:

As you all know, I was in talks with one of the admins of Reddit. He told me that doing a massive ban the day before July 4 was a terrible idea, because many of Reddit’s engineers would be out with their families. Also, the engineers would not be prepared for a mass ban so close to it.

However, I presented a solution to these two problems, and I now have their permission to ban half of the sub!

The random 50% ban will take place on July 9. The admins are designing a bot for me that will allow me to do the job in a quick and easy manner. So, be patient, and thank you all for your support.

So, the grand reckoning is now set for July 9th. At that point, anyone who has subscribed to the sub, upvoted the sub’s stickied posts, and made a comment will be eligible to be blessed with their role in making Reddit a better place. If the ban works, perhaps we should consider applying the same bot to more subreddits.