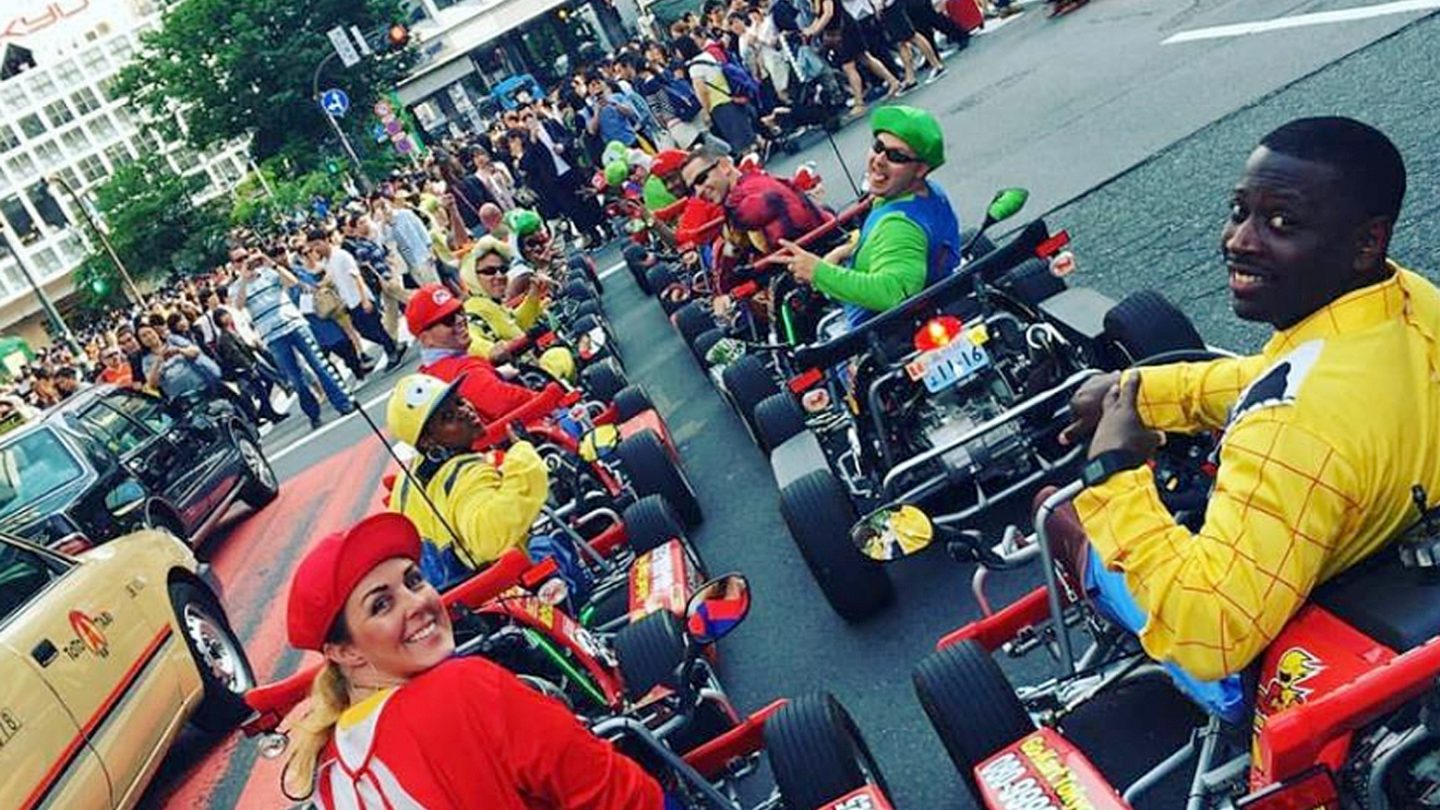 Nintendo, noted inventors of playthings and haters of Bluetooth headsets, is taking a Tokyo-based sightseeing company to court in the hopes of forcing the employees to stop wearing Nintendo-themed costumes while working. The service is called MariCar — yeah, that’s a little much, guys — and it provides tours of the bustling Japanese city via go-kart. Nintendo is predictably upset, and wants them to stop immediately.

MariCar lets its customers dress up in all manner of costumes and hit the streets in bright red go-karts that look at awful lot like Mario’s four-wheeled ride from the popular character racing game. The company even does night rides, and everyone always snaps plenty of photos when the riders are cruising the city streets.

As The Verge points out, MariCar is extremely popular in the city, racking up a perfect 5-star rating on TripAdvisor with over 400 reviews. Many tourist reviewers note that the service was one of their highlights from visiting the country. However, the company does seem to be using Nintendo’s IP quite liberally. Not only is the name clearly a riff on Mario Kart, MariCar’s office seems to be adorned in plenty of unlicensed Nintendo imagery.

Still, there doesn’t seem to be any damage being done to Nintendo’s brand in this case. It’s not as though anyone is under the impression that Nintendo runs the service, and the riders dress in all kind of different costumes — not just Nintendo-themed ones. Does any of that matter to Nintendo? Of course not, because they hate fun, joy, and happiness.