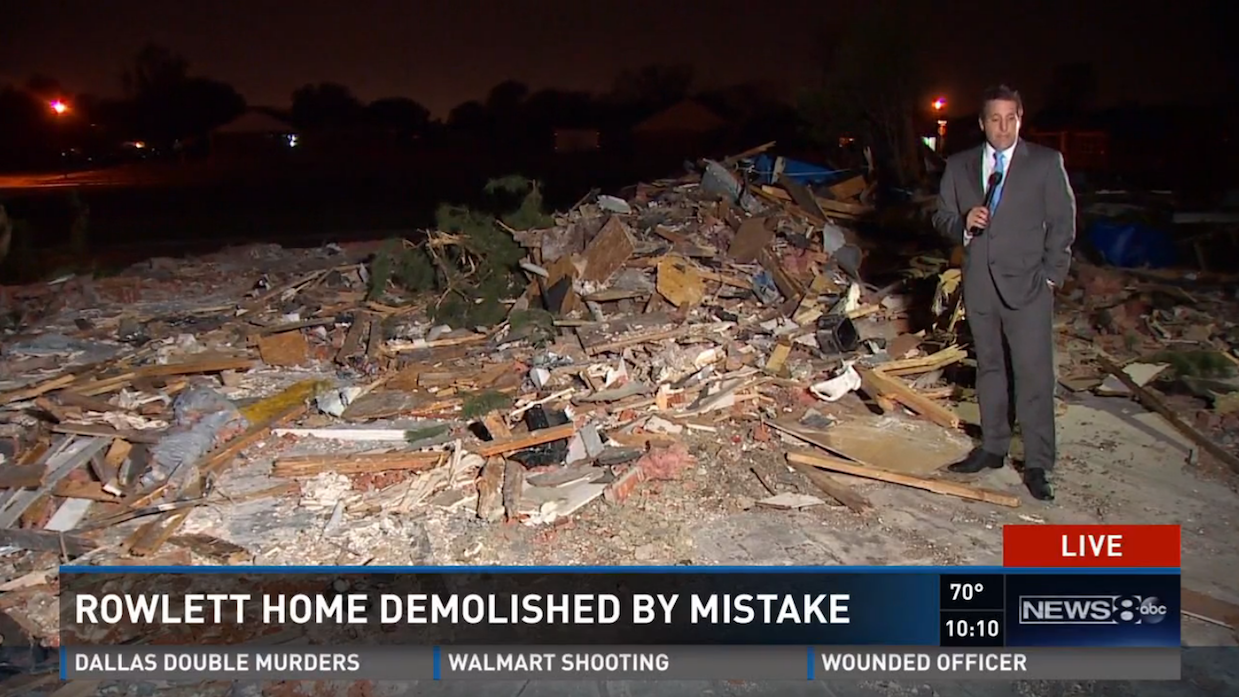 Alan Cutter and Lindsay Diaz each owned one half of a duplex at 7601 and 7603 Calypso Drive in Rowlett, a town right outside of Dallas, Texas. The house had been hit by tornadoes over the holidays, but rather than completely rebuild her half, Diaz had planned on simply repairing it. Unfortunately, that’s never going to happen.

DON’T MISS: Samsung might be close to releasing the most revolutionary phone the world has seen in years

Hours after applying for a builders permit this Tuesday, Diaz received a distressing call from Alan Cutter’s wife. Diaz tells KERA News, which had been following her story in its series One Crisis Away: Rebuilding A Life, that Mrs. Cutter was frantic, and when she asked what was going on, Mrs. Cutter told her that “a company came and demolished the house by mistake.”

Sure enough, by the time Diaz pulled up, all that was left was a concrete slab and the wrecked remains of what used to be her home.

WFAA, an ABC affiliate in Dallas, reports that Billy L. Nabors Demolition was scheduled to tear down a house at 7601 Cousteau Drive. The company is blaming Google Maps for the error, which sounds convenient, but if you enter “7601 Cousteau Drive” into Google Maps, it directs you to 7601 Calypso Drive.

We like to poke fun at Apple Maps on occasion, but as Engadget notes, both addresses are correct in Apple’s app. Regardless, the fact that the demolition company was careless enough not to double-check the location is appalling.

According to the WFAA report, no one from the company has apologized for the mistake or responded to repeated requests for a comment. Diaz has filed a report with the police documenting the tragic mistake.