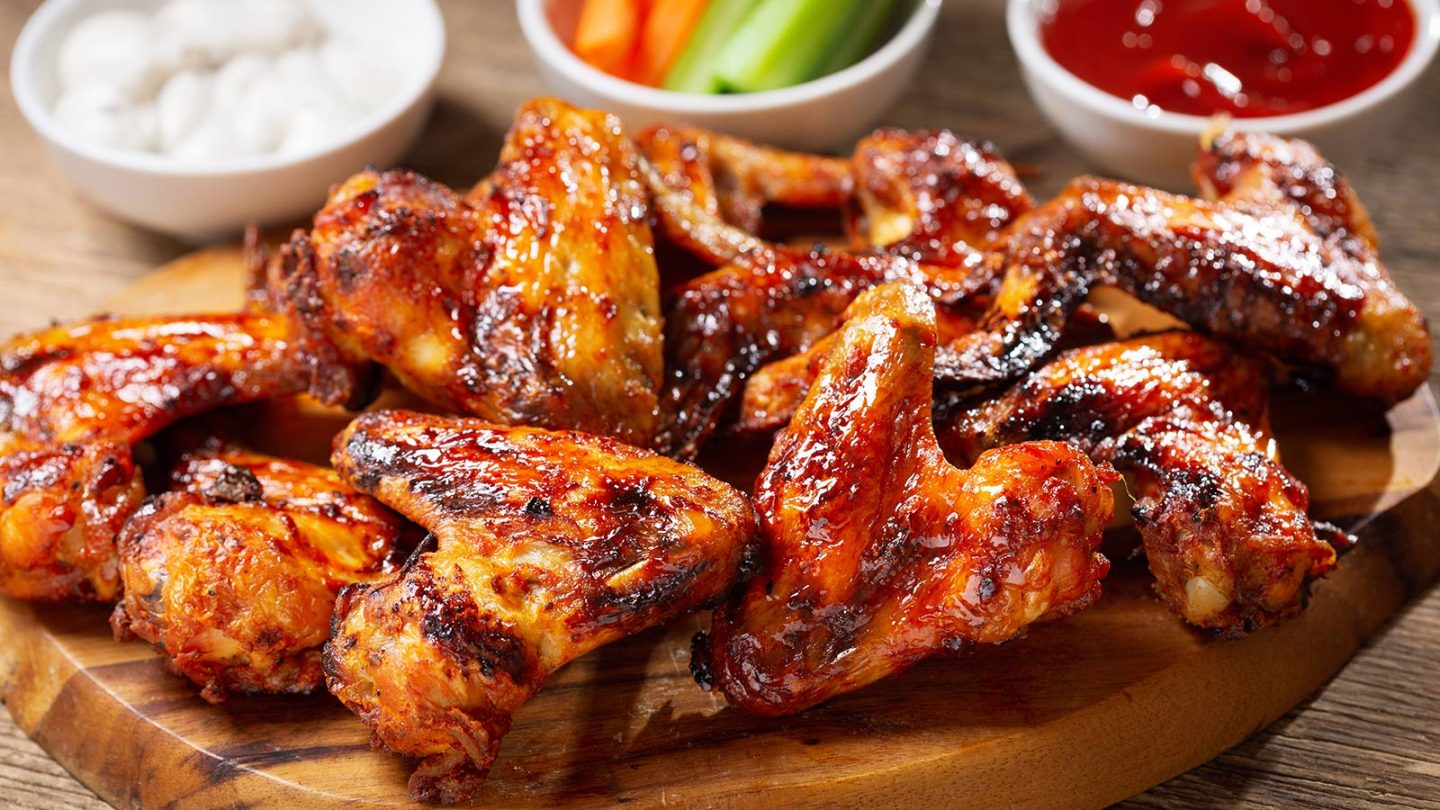 We’re in the heat of March Madness and as tournament watchers dive into hours and hours of college hoops there’s very little time to think about cooking. Wings are easy to bake and even easier to order, which takes preparation out of the equation entirely. But before you sit down to a nice meal of chicken smothered in sauces, you’ll want to make sure you’re not using this recalled brand and variety of sauce that was sold at two supermarket chains.

The condiment, called Taste of Inspirations Parmesan Garlic Wing Sauce, looks normal from the outside, but the bottles were filled with a different sauce that contains fish. Fish is a known allergen and individuals with fish allergies can experience serious distress if they consume a product that contains any fish products. The recall applies to Food Lion stores as well as Hannaford Supermarkets stores.

The recall is actually split into two separate bulletins, one for Food Lion and one for Hannaford stores, but both of them cite the same sauce as being the reason for the recall. The lot code of the sauce bottles is 210305 and the Best By Date is March 5th, 2022. The sauce was on sale from February 20th through March 20th, 2021, at which point it was pulled from shelves when the company learned of the allergen concerns.

Neither of the bulletins reveals whether the sauce was shipped and sold at all of each grocery chain’s store locations or just a select few, but if you have any of the sauce you should obviously not consume it.

The recalls note that the company mixed up its bottling process and instead of filling the wing sauce bottles with parmesan wing sauce, the bottles were filled with garlic parmesan dressing, which apparently contains fish. The packaging doesn’t state that fish is present in the sauce, and that’s a big problem from the FDA’s point of view.

It’s unclear at this time how many bottles were shipped, but it’s just a single lot of the sauce so hopefully, it was a relatively small number. In any case, you should avoid eating the sauce (which is apparently dressing) even if you don’t have a fish allergy. The company is asking that individuals that purchased the sauce return them to the stores where they were bought. If purchased from Hannaford, you’re eligible for a full refund, but it’s even better if you bought it from Food Lion. In that case, you’ll be getting double your purchase price as a refund thanks to Food Lion’s “Double Your Money Back Guarantee.” I guess it pays to buy recalled food after all.

Kidding aside, this is a pretty serious situation for anyone with a fish allergy, so take care in checking your fridge for the sauce and get rid of it as soon as you can.