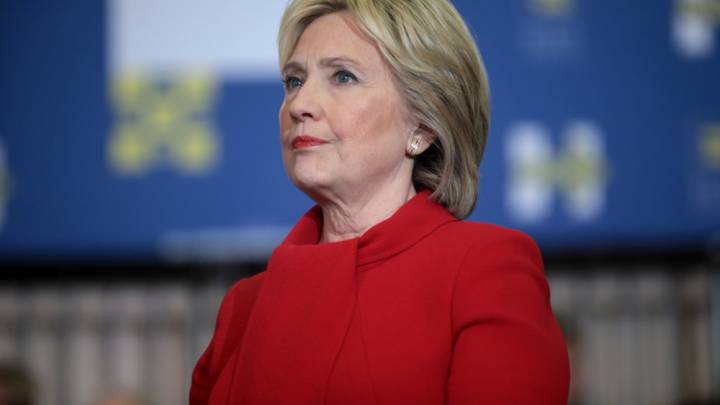 By the time the polls close on Tuesday evening, we’ll finally have a new President-elect ready to assume power. Soon enough, we’ll finally be able to close the chapter on what has been one of the most bizarre, contentious, entertaining and downright confounding Presidential elections of all time. No doubt, historians will be analyzing and writing about Trump’s unlikely rise to the top of the Republican food chain for decades.

DON’T MISS: Apple could make it even easier to find your stolen iPhone

As to the technical aspects of today’s election, the candidate with the majority of the popular vote will not be declared the winner. Instead, the U.S. relies upon an electoral college wherein, to put it simply, each state is given a designated number of votes designed to correspond to each individual state’s population. So while a populous state like California has 55 electoral votes, Alaska, in stark contrast, only receives 3 electoral votes.

The next U.S. President will be officially declared once either candidate receives a minimum of 270 electoral votes out of a pool of 538. And while most polls are projecting that Hillary Clinton will emerge victorious with ease, the entire 2016 race for the White House has taught us to expect the unexpected.

That said, one of the more interesting scenarios that could emerge would see Trump and Clinton receive an equal number of electoral votes. While the odds of this happening are slight, to say the least, it is a technical possibility. In fact, there are 97 possible voting combinations among the states that would result in a 269-269 electoral college tie. For those keeping track at home, the majority of these scenarios happen to involve Trump taking Florida, Pennsylvania, and Ohio.

So if you’re naturally wondering what happens if today’s election ends in a tie, here’s what you need to know. Suffice it to say, there are protocols in place to ensure that we don’t have to withstand yet another round of excruciating campaigning.

In the event of a tie, the vote for U.S. President transfers from the general populace over to the House of Representatives. There, each state delegation receives one vote and whichever candidate receives 26 votes becomes the President-elect. Interestingly enough, the Senate is charged with electing the Vice-President. There, each of the 100 U.S. Senators is afforded one vote with the winner being the first attain 51 votes.

What’s interesting is that with the House of Representatives voting, each state vote carries an equal amount of weight, irrespective of population. That said, if today’s election ends in a tie, you can go ahead and give the election to Trump. Also interesting is that it’s possible for a President-elect to be paired with a Vice President-elect from the opposing party.