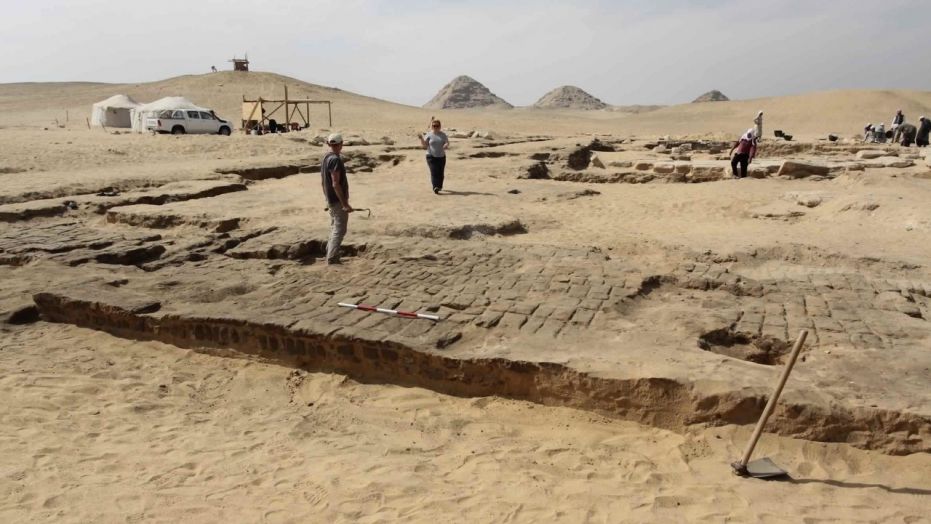 Archaeologists in Egypt have discovered the remains of an ancient temple belonging to King Ramses II.

Egypt’s Ministry of Antiquities says that the discovery was made by an Egyptian-Czech mission in the village of Abusir southwest of Cairo. The excavation site is near the famous step pyramid of Saqqara.

In a statement on Sunday, Miroslav Barta, the head of the Czech team, said the temple is the only evidence of the presence of Ramses II in the Badrashin area in Giza, part of Greater Cairo.

He said the discovery confirms the continued worship of the sun god “Ra” in Abusir, which started in the 5th Dynasty, over 4,500 years ago.

A pharaoh of the 19th Dynasty of Egypt, Ramses II reigned in the 13th century B.C.

In a Facebook post, the Ministry of Antiquities explained that the temple is 105 feet by 167 feet. Mud brick foundations for a ‘pylon’, or monumental gateway, have been discovered. The remains of a large forecourt leading to a hall of pillars, parts of which were painted blue, were also found.

At the end of the forecourt a staircase or a ramp leading to a sanctuary was also found. The rear of the sanctuary was divided into three parallel chambers, according to archaeologists. The remains of the building were covered with sand and pieces of stone, which may be the parts of a polychrome relief that once adorned the structure’s wall.

The relief fragments are connected to the cult of the sun gods “Amun” and “Ra”, as well as the goddess Nekhbet.

The temple is the latest ancient Egyptian discovery to thrill experts. Archaeologists, for example, recently unearthed three tombs from an ancient “great cemetery” in Egypt’s Nile Valley. In July archaeologists said that a tomb that may have belonged to the wife of King Tutankhamun had been discovered in Egypt’s Valley of the Kings.

In June, archaeologists from Yale and the Royal Museum of Art and History in Belgium announced the discovery of the earliest-known ‘billboard-sized’ hieroglyphs in the ancient city of Elkab.

Other finds include a 3,000-year-old royal tomb in the Luxor area and the tomb of an ancient gold workeron Sai Island in northern Sudan.