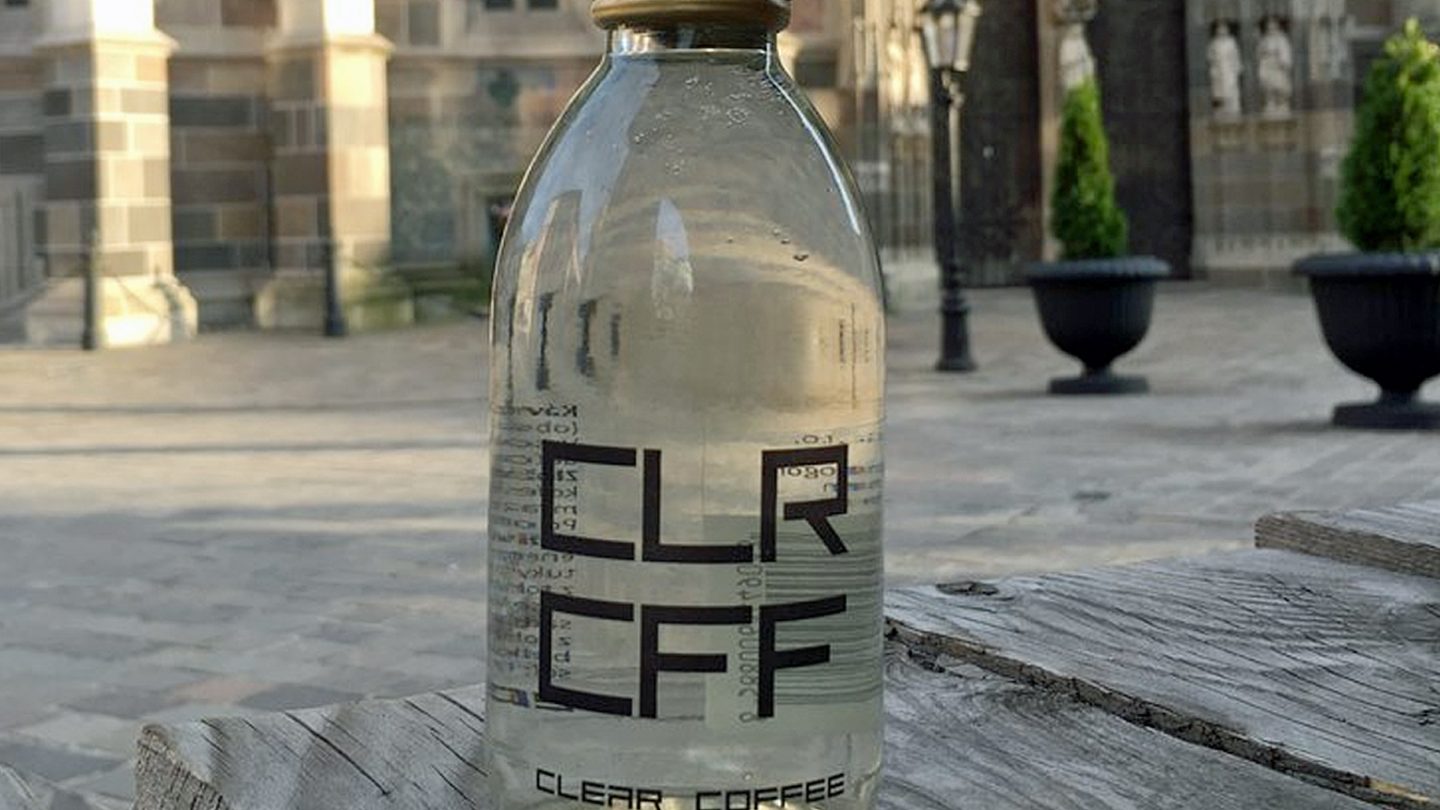 Of all the beverage options we humans have invented over the years, coffee is definitely one of the most versatile. It can be served hot or cold, with varying levels of caffeination, mixed with a seemingly endless variety of syrups, sweeteners, and even toppings, and everyone seems to have their own unique favorite. Now, a pair of brothers from Slovakia are trying to add a whole new coffee option to the mix, and it’s literally like nothing anyone has seen before. It’s clear coffee.

The clear coffee — which is sold under the somewhat confusing brand name CLR CFF — is a completely colorless liquid that is sold in a clear bottle. The result is a drink that looks like water, but is actually a caffeinated beverage made with arabica coffee beans. As the company describes it, there are no preservatives, stabilizers, sugars or sweeteners, and it carries just a few calories per serving, just like regular coffee, but because it’s clear it won’t stain your teeth.

Its creators are remaining particularly tight-lipped about exactly how they managed to achieve a completely clear coffee beverage, choosing to describe the production process as being “methods which have never been used before.” Adding “Due to this combination of technology and high quality ingredients a drink has been developed which is unique in taste and flavor,” for a little extra ambiguity.

The drink has been slowly rolling out across Europe in a select number of stores, including some Whole Foods locations, but reviews seem to be quite mixed. Some insist it tastes just like regular cold coffee or iced cold brew, while others are far less kind. Anyone old enough to remember tasting Crystal Pepsi for the first time can probably predict how this saga will end.