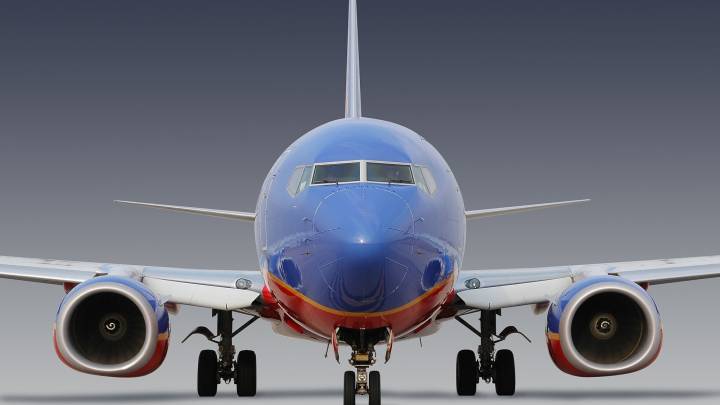 Fifty years ago this month — on June 18, to be exact — Southwest Airlines launched its inaugural flight, ushering in a new era of cheap fares that made travel affordable for many more people, an anniversary that’s also inspired the Dallas-based air carrier to launch a month-long series of deals and giveaways to commemorate the milestone.

For starters, Southwest has declared June 18 as “Wanna Get Away Day,” which regular Southwest filers will note is a reference to one of the various ticket classes you can purchase from the airline. As part of this initiative, customers will be able to engage with Southwest throughout the month, with the airline teasing that the biggest surprises for customers will occur on that anniversary and newly-branded day of June 18. Among other things, the carrier is giving customers the chance to win a total of 50 million Rapid Rewards bonus points from June 1 through June 18, as well as customers having daily opportunities to win Rapid Rewards bonus points, with Southwest gift cards and Companion Passes also up for grabs.

Companion Passes, by the way, allow customers to choose one person to fly with, free of airline charges (though this does not include taxes and fees from $5.60 one-way) every time they purchase or redeem points for a flight. And customers can check out Southwest50.com/WannaGetAway for the full terms and conditions on this month-long series of promotions. “It’s our 50th Anniversary and we are ready to celebrate and thank our Customers,” said Bill Tierney, Southwest Airlines Vice President of Marketing.

“In true Southwest Spirit, we are turning our 50th Anniversary into ‘Wanna Get Away Day,’ allowing customers the opportunity to celebrate our 50-year history of heart, low-fares, legendary hospitality, and flexible policies by giving them opportunities to turn ‘Wanna get away’ into ‘Gonna’ get away.”

In addition to the giveaways, Southwest has also decided to set up pop-up photo opportunities at 24 airport gate areas across the country. The airline will also have “Heart Carts” full of swag and giveaways at more than 40 locations, and Southwest’s in-flight crew members will be “surprising and delighting customers” with even more swag on June 18. And on a somewhat related note, don’t forget — the airline is also still in the midst of a fare sale that will run for another week.

For this particular sale, flights have been discounted as low as $49 and must be booked by June 10. As an example of the low fares on offer as part of the sale, the deals include $49 flights between Nashville and Chicago — where Southwest added flights this year to O’Hare International, in addition to its longtime flights to and from Chicago’s Midway airport. Those $49 flights are available for most weekdays later this fall, in September and October.