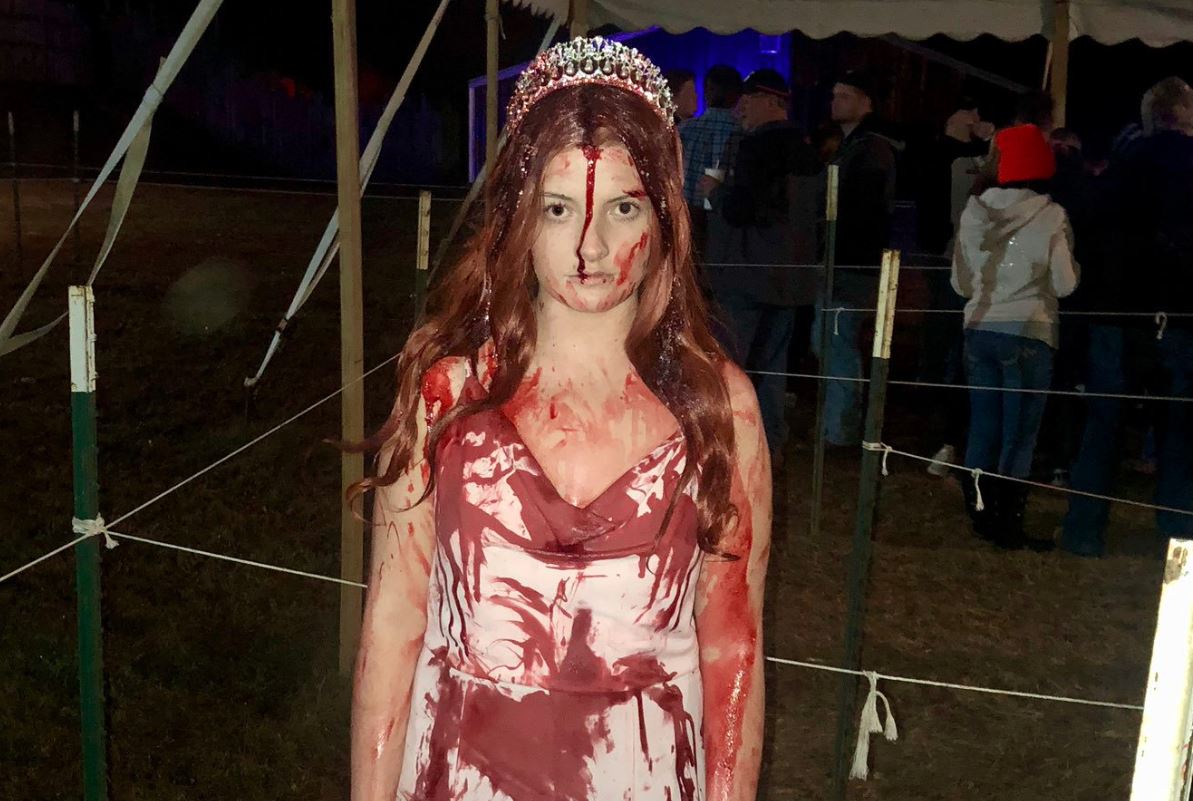 When police and first responders arrived at the location of a single-car crash in South Point, Ohio, late Friday night, they were greeted with a horrific sight: The driver, Sidney Wolfe, was covered in blood, with a massive stream coming down her face and soaking her hair and clothing. It’s exactly the kind of thing that EMTs are trained to deal with, but it wasn’t what it seemed.

Wolfe, currently a student at Marshall University in West Virginia, is a cast member in a stage adaptation of the Stephen King horror story Carrie. Wolfe’s terrifying appearance was actually just a costume, and aside from a bruise on her leg, she was unharmed.

“I was promoting ‘Carrie the Musical’ at a haunted house,” she explains on Twitter. “At the end of the night, I was too tired to shower and remove my makeup so when I wrecked the first responders saw my blood and freaked.”

The crash, which occurred when a deer darted in front of Wolfe’s car, totaled the vehicle, but police were more concerned with the incredible amount of gore on display. In a series of tweets explaining how things unfolded after the crash, Wolfe says that officers kept asking if she was sure she was okay, with waves of officers arriving and questioning why she wasn’t being treated for her obvious injuries.

“Waiting for my parents to come pick me up from the scene, two more policemen showed up,” she explains. “By this time, I was out of the vehicle and making conversation with the people. The new officer says, ‘I hate to interrupt but don’t you guys think she needs medical assistance?'”

Wolfe’s car is definitely pretty banged up, and it’s understandable that responders were confused by what they saw when she emerged from the wreck. It’s also a credit to whoever is handling makeup duties for the performance because that’s most definitely a frighteningly good job.