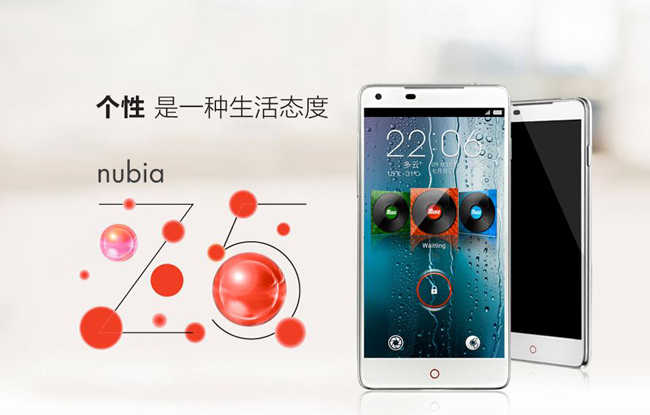 2013 is shaping up to be the year of the “phablet” with virtually ever major handset maker preparing to challenge Samsung’s (005930) impressive Galaxy Note lineup. While there’s no clear definition on how large a phablet is, most tend to have screens that hover in the 5-inch range, though Huawei’s upcoming 6.1-inch smartphone will only push that boundary. ZTE’s newly announced Nubia Z5 packs a 5-inch display with full-HD 1,920 x 1,080 resolution, an aluminum case, a 1.5GHz Qualcomm Snapdragon S4 Pro quad-core processor, 2GB of RAM, 32GB of internal storage, a 13-megapixel rear, a 2-megapixel front camera, Dolby sound and Android 4.1 Jelly Bean. It even edges out HTC’s (2498) slim DROID DNA in terms of size with slightly thinner dimensions and a larger battery: 2,300 mAh versus the DNA’s 2,020 mAh. The only deal-breaker is the Nubia Z5 likely won’t be available in the U.S., but importers drooling over its specs can pick one up in China for about $554.