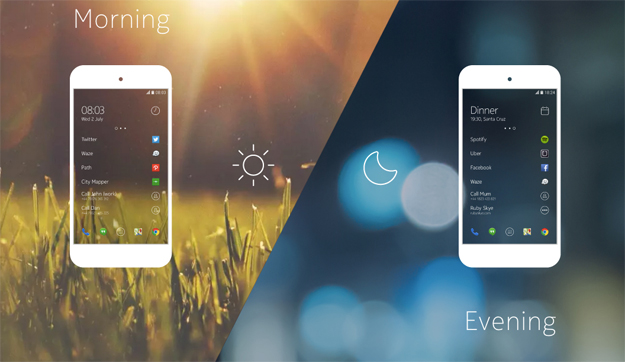 Nokia came out of nowhere and surprised us all last summer when it released its first Android app. Following the sale of its phone business, Nokia was suddenly an Android developer… and the company’s first app was terrific and innovative. Z Launcher has been updated a few times since it first debuted, but one of Nokia’s biggest updates yet will be released today, finally bringing users’ most requested feature to Z Launcher.

Android launcher apps comprise something of a niche category. Launchers take over your Android phone’s home screen and replace it with a different interface and, often times, new functionality.

Though launchers are mainly used only by more savvy Android fans, Z Launcher passed 1 million activations last month and cemented its position among a small list of emerging launchers. Of course, there’s still plenty of room for growth; popular launchers like Nova Launcher and Hola Launcher have each been installed more than 10 million times.

Z Launcher has several key features, but there are two that likely make up the app’s main draw. First, you can launch any app or pull up a contact simply by drawing letters with your finger that spell out a name. So for example, if I want to call Nokia, I’ll begin drawing “N,” “O,” “K” with my finger, and the Nokia contact will be displayed.

Additionally, the app learns your habits and displays your most commonly used apps for easy access, changing things around depending on the time of day and your location.

Several additional features are available and many more have been listed by Z Launcher users among their wants. But there was one thing lacking that was easily the most requested feature, and now it’s finally here: Widget support.

Later today, Nokia will release an updated version of Z Launcher that includes support for Android widgets. Details are still coming in but there will now be a widget panel accessible by swiping left on the main Z Launcher screen, and any and all Android widgets will be supported. The lack of widget support had prevented many users from committing to Z Launcher, so Nokia has definitely overcome a big barrier here.

The update should be released shortly, and you’ll be able to download it for free from Nokia’s Z Launcher website.