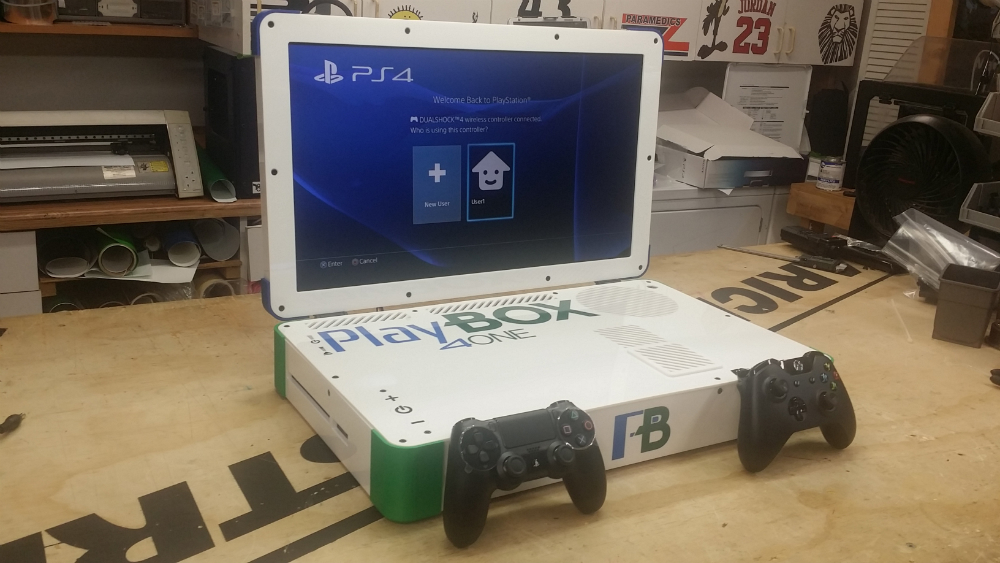 The most important battle in gaming today appears to be fought between Sony’s PlayStation 4 and Microsoft’s Xbox One consoles, with gamers choosing either one or the other as their main gaming platform. Those hardcore players who want access to both ecosystems, and who would love to be able to take them on the road, should definitely check out the Playbox, a complex contraption that combines a PS4 and an Xbox One.

FROM EARLIER: More than 60 games are on sale in celebration of PlayStation’s 20th anniversary

The machine is actually a 22-inch laptop that offers gamers access to both the PS4 and the Xbox One. Users would have to choose what system to use when they boot the device though, as both consoles are powered by the same cord so they can’t run simultaneously in this design concept.

But that still means players could easily turn one off and switch on the other.

The Playboxes aren’t available for sale at this time, but designer Eddie Zarick, who created the laptop, does make similar portable consoles, including the $1,500 Xbook One and the $1,400 Playbook 4.

A video showing this ultimate console gaming laptop follows below.