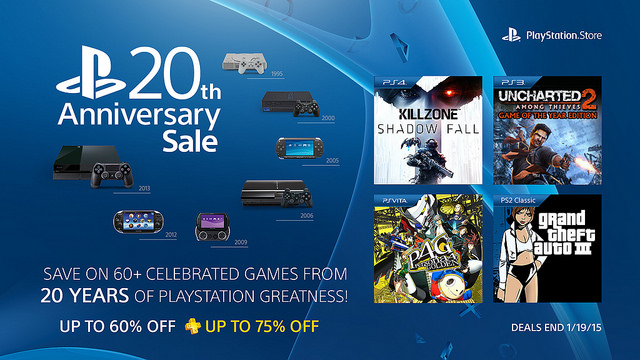 Sony is celebrating the 20th anniversary of the PlayStation brand this month by putting dozens of games from every recent console on sale. That’s right: if you own a PS4, PS3, PS Vita or PSP, you’re sure to find something on the extensive list of discounted games worth picking up.

The massive sale began on Tuesday and will end next Monday, January 19th. Anyone with a PSN account will be able to pick up the titles for up to 60% off, while PlayStation Plus subscribers will be receive up to 75% off.

You’ll have to head to the PlayStation Blog for the full list, but we’ve chosen our top five games that you should consider downloading for each console: