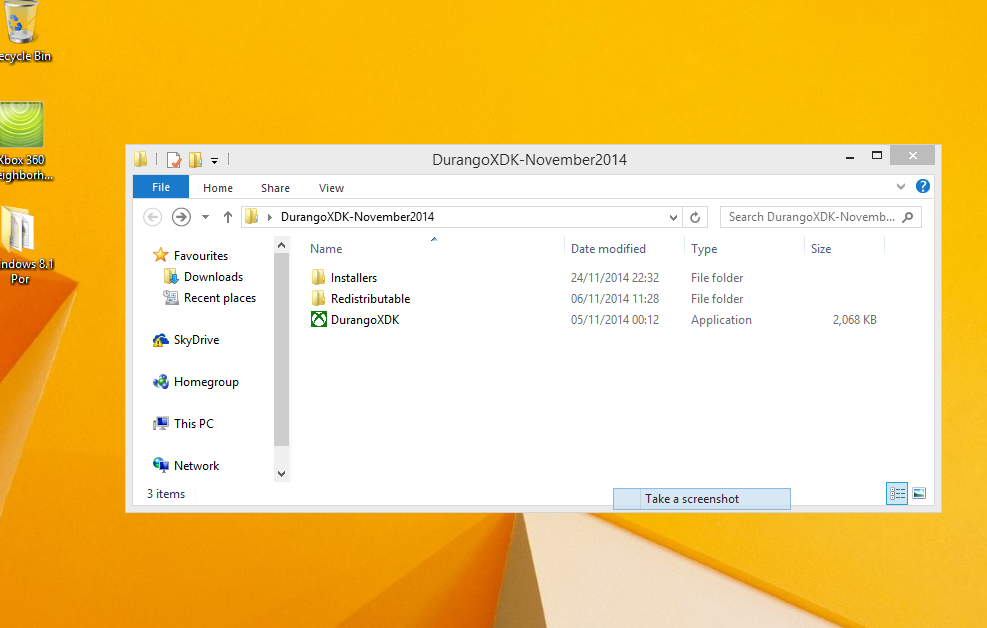 As if the massive DDoS attack from Lizard Squad wasn’t enough of a disastrous end to the year for Sony and Microsoft, a new group called H4LT has apparently leaked the Xbox One software development kit on to Twitter. According to H4LT, this is the first step to bringing homebrew to the Xbox One.

H4LT, which claims not to be a hacker group, took to Twitter earlier this week with screenshots that seemed to indicate they had their hands on November’s release of the Durango XDK (Xbox Development Kit). Days later, a tweet with a link to a .RAR file containing the XDK was shared via the group’s Twitter account.

TheTechGame managed to score a short interview with the team which should help clear up exactly why they decided to leak the XDK:

“We leaked it to the community because if something is shared then.. progress is achieved faster than alone. […] The SDK will basically allow the community to reverse and open doors towards homebrew applications being present on the Xbox One.”

The group says that “there is no definite exploit,” but those who have had experience reversing Windows 8 files in the past should see what they can find inside the kit.

Best Cyber Monday Amazon deals in 2021: All the best deals you can get

Best Cyber Monday Best Buy deals 2021: Everything you should know