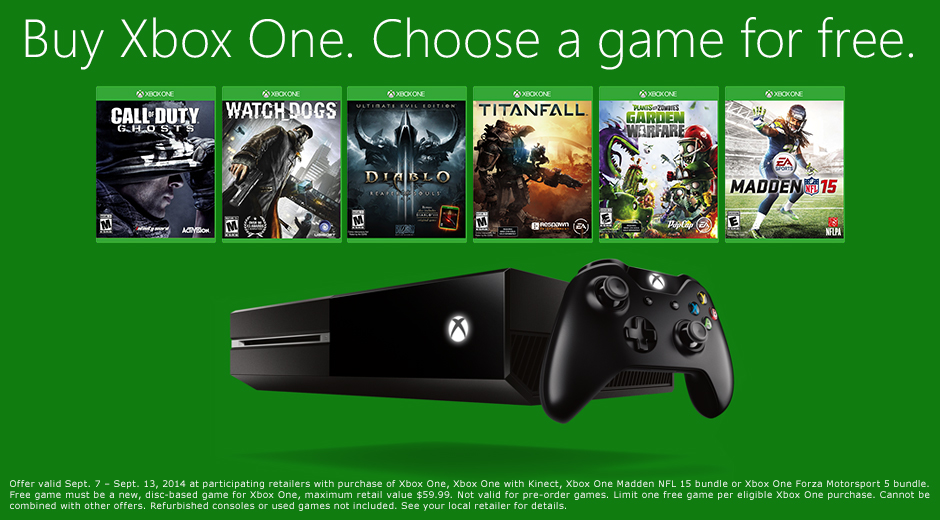 If you’ve been waiting for the right time to pick up an Xbox One for yourself or for someone else ahead of the holiday season, next week might be your best bet. Microsoft announced on Thursday that select retailers will be running a promotion from September 7th to September 13th: buy an Xbox One and get a free Xbox One game of your choosing.

There are virtually no limitations to which game you can choose. Whether you want to pick up one of the launch titles from last November or you want to grab Destiny on the day it releases (next Tuesday), you’ll have that option. Of course, both the console and the game have to be new — refurbished consoles and used games don’t qualify for the offer.

That said, if you decide to buy one of the Xbox One bundles, such as the Madden 15 bundle or the Forza Motorsport 5 bundle, you’ll get two games for free with your purchase instead of one.

If you’re looking to get some early holiday shopping out of the way, this is probably the best deal you’re going to find on the Xbox One. For a complete list of Xbox One games, head to this page on Xbox.com.