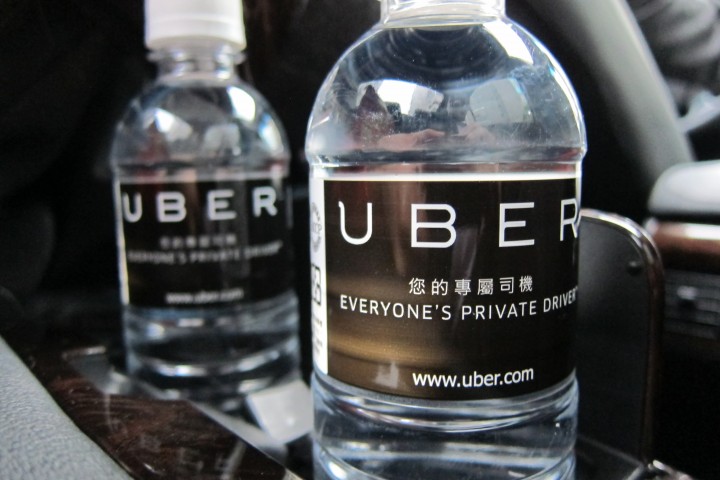 For the past several months, Uber has been beset by significant controversy thanks to the alleged criminal behavior by some of its drivers, including multiple drivers who have been arrested for sexual assault. And late last week, an Uber driver in Minnesota further embarrassed the company after he first crashed into a police vehicle and then subsequently got caught having marijuana in the glove compartment.

We first heard of this story thanks to Kelly O’Keefe, a professor at the Virginia Commonwealth University Brandcenter, a graduate school program for brand management. O’Keefe was the unlucky passenger during the ride in question, which was taking him to the airport in Minneapolis.

Even before the crash, O’Keefe noticed that the driver was being very inattentive to the road. Seven minutes into the ride, the driver made a quick lane change and then accidentally smashed into a police car. The driver pulled over to the side of the road immediately after hitting the car and the police who were in the car walked out and asked for his driver’s license and registration.

After this, they asked if they could look in his glove compartment. The driver said yes and, lo and behold, the police found a container filled with marijuana that the driver said wasn’t.

Meanwhile, O’Keefe really needed to get to the airport to make his flight. Even worse, he was getting no help in the matter from Uber itself.

“There is nothing in the Uber app that lets you contact Uber in an emergency, so I searched for a phone number online and I couldn’t find anything,” O’Keefe tells us. “This is really a huge problem in my opinion. Finally, the driver said he’d call a friend with a cab and did so.”

O’Keefe got to the airport and Uber contacted him to make sure he was okay and refunded him the $24 he’d been charged for the ride. Uber also tells us the it immediately terminated its relationship with the driver since it has a “zero tolerance policy for drug-related events.”

All the same, stories like this won’t exactly help Uber’s reputation. Appropriately enough, O’Keefe is an expert in brand management and reputation and he thinks that Uber is in significant danger of severely damaging its public image thanks to incidents like these.

“I see this as an excellent example of a brand at great risk,” he tells us. “They have the right concept, but growing execution problems — quality assurance and customer service among them.”