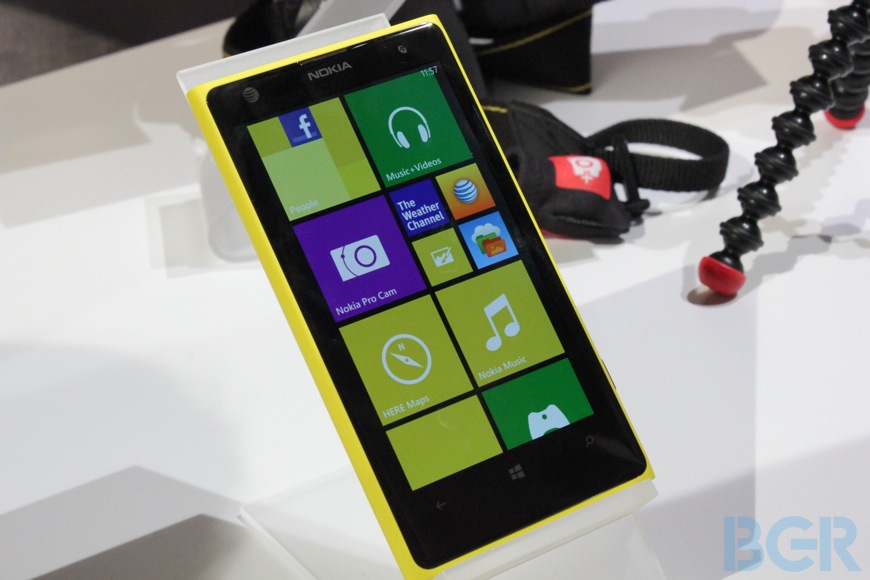 Gartner also confirmed recent findings from IDC showing that Android now accounts for more than four out of every five smartphones sold in the world. Samsung is far and away the lead Android vendor as it sold a stunning 80.4 million smartphones on the quarter, well over two-and-a-half times the 30.3 million iPhones sold by second-place Apple on the quarter. Smaller Android vendors such as Lenovo, LG and Huawei also posted impressive year-over-year sales gains as each vendor sold more than 11 million smartphones on the quarter.

– Western Europe Grew for the First Time this Year

– Lenovo Became the No. 3 Worldwide Smartphone Vendor for the First Time

Worldwide mobile phone sales to end users totaled 455.6 million units in the third quarter of 2013, an increase of 5.7 percent from the same period last year, according to Gartner, Inc. Sales of smartphones accounted for 55 percent of overall mobile phone sales in the third quarter of 2013, and reached their highest share to date.

Worldwide smartphone sales to end users reached 250.2 million units, up 45.8 percent from the third quarter of 2012. Asia/Pacific led the growth in both markets – the smartphone segment with 77.3 percent increase and the mobile phone segment with 11.9 percent growth. The other regions to show an increase in the overall mobile phone market were Western Europe, which returned to growth for the first time this year, and the Americas.

“Sales of feature phones continued to decline and the decrease was more pronounced in markets where the average selling price (ASP) for feature phones was much closer to the ASP affordable smartphones,” said Anshul Gupta, principal research analyst at Gartner. “In markets such as China and Latin America, demand for feature phones fell significantly as users rushed to replace their old models with smartphones.”

Gartner analysts said global mobile phone sales are on pace to reach 1.81 billion units in 2013, a 3.4 percent increase from 2012. “We will see several new tablets enter the market for the holiday season, and we expect consumers in mature markets will favor the purchase of smaller-sized tablets over the replacement of their older smartphones” said Mr. Gupta.

While Samsung’s share was flat in the third quarter of 2013, Samsung increased its lead over Apple in the global smartphone market (see Table 1). The launch of the Samsung Note 3 helped reaffirm Samsung as the clear leader in the large display smartphone market, which it pioneered.

Lenovo’s sales of smartphones grew to 12.9 million units, up 84.5 percent year-on-year. It constantly raised share in the Chinese smartphone market.

Apple’s smartphone sales reached 30.3 million units in the third quarter of 2013, up 23.2 percent from a year ago. “While the arrival of the new iPhones 5s and 5c had a positive impact on overall sales, such impact could have been greater had they not started shipping late in the quarter. While we saw some inventory built up for the iPhone 5c, there was good demand for iPhone 5s with stock out in many markets,” said Mr. Gupta.

In the smartphone operating system (OS) market (see Table 2), Android surpassed 80 percent market share in the third quarter of 2013, which helped extend its leading position. “However, the winner of this quarter is Microsoft which grew 123 percent. Microsoft announced the intent to acquire Nokia’s devices and services business, which we believe will unify effort and help drive appeal of Windows ecosystem,” said Mr. Gupta. Forty-one per cent of all Android sales were in mainland China, compared to 34 percent a year ago. Samsung is the only non-Chinese vendor in the top 10 Android players ranking in China. Whitebox Yulong is the third largest Android vendor in China with a 9.7 percent market share in the third quarter of 2013. Xiaomi represented 4.3 percent of Android sales in the third quarter of 2013, up from 1.4 percent a year ago.

Samsung: Samsung extended its lead in the overall mobile phone market, as its market share totaled 25.7 percent in the third quarter of 2013 (see Table 3). “While Samsung has started to address its user experience, better design is another area where Samsung needs to focus,” said Mr. Gupta. “Samsung’s recent joint venture with carbon fiber company SGL Group could bring improvements in this area in future products.”

Nokia: Nokia did better than anticipated in the third quarter of 2013, reaching 63 million mobile phones, thanks to sales of both Lumia and Asha series devices. Increased smartphone sales supported by an expanded Lumia portfolio, helped Nokia move up to the No. 8 spot in the global smartphone market. But regional and Chinese Android device manufacturers continued to beat market demand, taking larger share and creating a tough competitive environment for Lumia devices.

Apple:  Gartner believes the price difference between the iPhone 5c and 5s is not enough in mature markets, where prices are skewed by operator subsidies, to drive users away from the top of the line model. In emerging markets, the iPhone 4S will continue to be the volume driver at the low end as the lack of subsidy in most markets leaves the iPhone 5c too highly priced to help drive further penetration.

Lenovo: Lenovo moved to the No. 7 spot in the global mobile phone market, with sales reaching approximately 13 million units in the third quarter of 2013. “Lenovo continues to rely heavily on its home market, which represents more than 95 per cent of its overall mobile phone sales. This could limit its growth after 2014, when the Chinese market is expected to decelerate,” said Mr. Gupta.