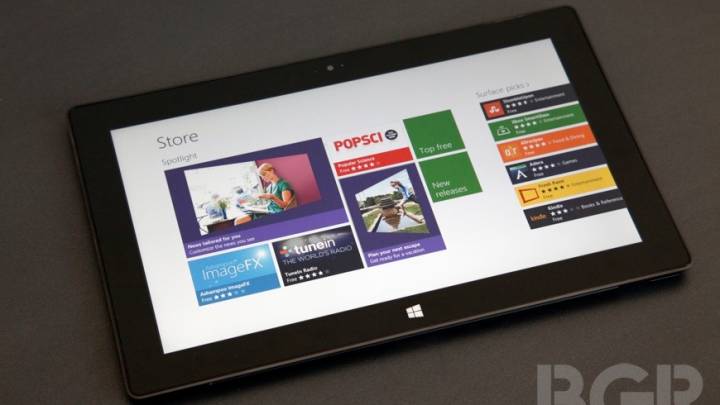 Microsoft (MSFT) revealed earlier this week that sales of Windows 8 were outpacing its predecessor with more than 40 million licenses sold in a month. Despite the company’s latest milestone, U.S. sales of Windows devices have fallen 21% since last year. NPD Group reported the latest numbers, noting that sales of laptops, which have been weak throughout most of 2012, have fallen 24% year-over year while desktop sales dropped 9% from last year. While it is still too early to place the blame of a weak PC market on Windows 8, vice president of industry analysis at NPD Stephen Baker believes that the operating system “did not prove to be the impetus for a sales turnaround some had hoped for.”

A month after the launch of Windows 7 in 2009, the operating system was found on 83% of new PCs being sold. Windows 8, on the other hand, has captured only 58% of new computer sales. The research firm claims that Windows 8 tablet sales “have been almost non-existent” and represent less than 1% of all Windows 8 device sales to date, however the numbers are flawed because they do not include Surface tablet sales.

“The bad Back-to-School period left a lot of inventory in the channel, which had a real impact on the initial sell-through rates for Windows 8,” said Baker. “The strong performance of Windows 8 notebooks with touchscreens, where Windows 8 truly shines, offers some reason for optimism. These products accounted for 6 percent of Windows 8 notebook sales at an average price of $867 helping to re-establish a premium segment to the Windows consumer notebook market.”

One reason for the lackluster Windows 8 sales could be the price. The average selling price of Windows computers has “jumped significantly” from $433 to $477 in the past year.

“Windows 8 notebooks have seen a nearly $80 rise in selling prices versus the prior year, propelled by the aforementioned strong performance of touchscreen devices and a solid uptick in the pricing on mainstream notebooks,” the firm’s press release read. “Windows 8 desktop ASPs were also strong with selling prices up nearly 10 percent, driven by the same factors as notebook sales.”