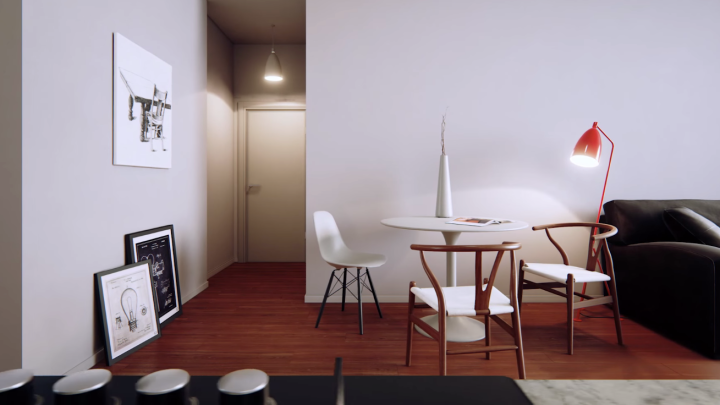 About a month ago, we stumbled upon one of the most frighteningly realistic digital creations we have ever seen in the form of a 3D-modeled Parisian apartment. This stunning Unreal Engine 4 creation was just the tip of the iceberg though, as more artists have since built their own hyperrealistic environments, including Unreal Engine forums user blessod.

READ MORE: New movies and shows you can stream on Netflix this week (Mar. 1 – Mar. 7)

Blessod’s demo is called Scandinavian, and it’s the first UE4 project from this architectural visualization expert.

“This is just a simple scene with minimal interaction (changing the walls color),” says blessod. “Would be glad if you walk around and leave your opinion here. The project is done for learning, so optimization wasn’t the main goal here.”

Best of all, you can download the demo and explore the apartment for yourself. But if that’s too much hassle, Kotaku’s András Neltz took a series of stunning screenshots that will give you a better idea of what the virtual apartment looks like.

Here are a couple of videos that blessod took from the demo: