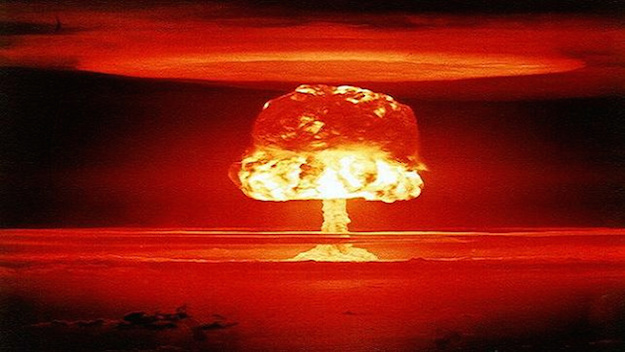 Every so often, declassified information will make its way into the public realm and shed an incredible amount of light on what the U.S. government was up to back in the day. The National Security Archive’s recent release of the United States’ Cold War Nuclear Target List is one such instance.

Just a few days ago, the National Security Archive disclosed to the public a boatload of new information detailing the ins and outs of the United States’ nuclear weapons strategy back at the height of the Cold War.  Originally put together in 1956 by the Strategic Air Command (SAC), the 800 page document lists out which cities were targeted for complete destruction. In addition to non-surprising entries like Moscow and Leningrad, the document reveals that the United States was also targeting cities outside of the USSR, including locations within China and Germany.

In addition to detailed plans centering on how to best destroy Soviet air bases, the decades-old document also reveals that the United States had a plan to completely destroy any and all industries the Soviets might need in wartime including factories involved in the production of machine tools and vital medicines. Other high priority targets focused on city-wide infrastructure, including dams, power grids and railroad yards.

A post from George Washington University’s on the newly released document reads in part:

The SAC Atomic Weapons Requirements Study for 1959, produced in June 1956 and published today for the first time by the National Security Archive… provides the most comprehensive and detailed list of nuclear targets and target systems that has ever been declassified. As far as can be told, no comparable document has ever been declassified for any period of Cold War history.

The SAC study includes chilling details. According to its authors, their target priorities and nuclear bombing tactics would expose nearby civilians and “friendly forces and people” to high levels of deadly radioactive fallout. Moreover, the authors developed a plan for the “systematic destruction” of Soviet bloc urban-industrial targets that specifically and explicitly targeted “population” in all cities, including Beijing, Moscow, Leningrad, East Berlin, and Warsaw. Purposefully targeting civilian populations as such directly conflicted with the international norms of the day, which prohibited attacks on people per se (as opposed to military installations with civilians nearby).

The interactive map below details 20 Soviet bloc airfields which were targeted for destruction by the U.S.

Make sure to hit the source link below for the full and fascinating rundown of what the United States had planned in the event of a third world war.