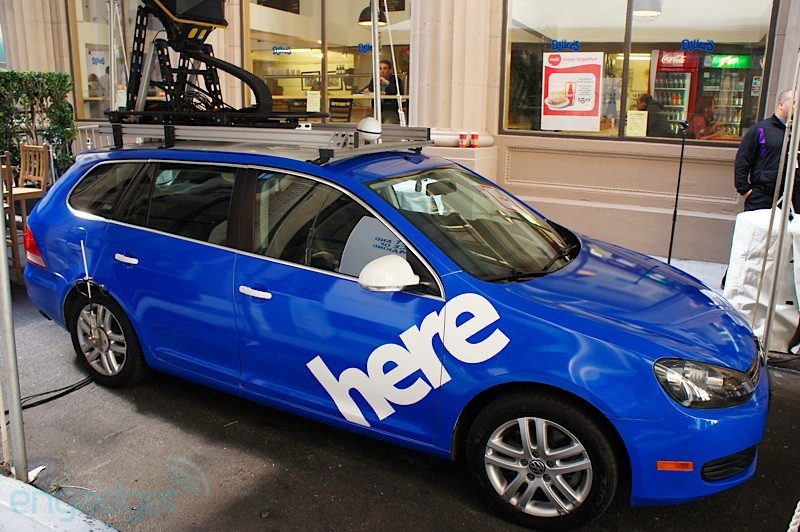 It’s no secret that Nokia’s Here mapping service is for sale, with the Finnish company having received various bids from third-parties interested in the maps and navigation business. Google, Apple, Microsoft and Facebook have been rumored to be among the interested companies. Similarly, a consortium of German automakers, including BMW, Audi and Mercedes-Benz, are also looking to purchase Here. Finally, Uber, a popular taxi service in many countries, is also looking to acquire Nokia’s maps division.

According to three people familiar with the matter, Uber has submitted a $3 billion bid for Here. The New York Times says that Uber is indeed competing with German automakers and an undisclosed private equity firm for Here. Nokia should announce the sale of Here by the end of May.

Uber heavily relies on mapping resources from Google and Apple, with Google Maps playing an important role in its current transportation and shipping plans. The company apparently wants to reduce its reliance on third-party mapping services, and use its own apps in the future.

Even if Google Maps is the tool of choice for more than a billion Internet users who are looking for transportation directions and maps information on a regular basis, the Here technology is even more important to certain companies. Even though it only has more than 100 million users, Here dominates the automobile mapping business, with a share of 80%. Apparently that’s why the Here technology is so important to carmakers and Uber.

In addition to immediate uses, mapping apps could be used in the future to guide autonomous, self-driving cars. Here could be a great alternative to Google Maps, as Google has its own self-driving car plans, and could compete directly against carmakers and services like Uber.