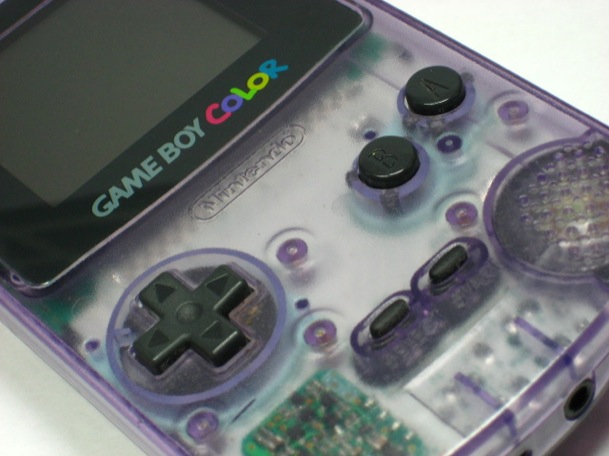 As the year winds down, here’s a look at our favorite gadgets from the 1990s. It wasn’t necessarily pretty, and we’ve come a long way, but at the time we loved them so much. Gadgets like:

Before USB drives and Dropbox, we had to rely on these 3.5-square-inch disks to carry our documents. Although not particularly floppy in its plastic enclosure, the protective slider on the outside of these disks was always fun to pull and release. Sometimes some of us even purposely destroyed them.

K’Nex were like the advanced version of Legos. With the 19 different types of rods and connectors, you could build everything from a giant roller coaster to an impressive helicopter. I’m not sure I ever completed a whole set though.

These creepy robot hamster-things were all the rage in the late–90s. These Gremlin-like creatures had their own language and permanently scarred more than a few children. In fact, they were so popular one holiday season that Toys R’ Us had a limit of two per person. Imagine that now, only being allowed to buy two Furbies.

Like so many kids games, Bop It was both addicting yet annoying. In 1998, Bop It Extreme was released with two new commands (“Flick it” and “Spin it”). The commercial still has me permanently scarred, however.

If your parents wouldn’t let you have a Game Boy, you were stuck with these single-game devices. While quite limited with their basic LCD screens, they could keep you happy as long as you kept the sound off. And the lights on.

Many parents believed they would be able to capture beautiful home videos with their new VHS camcorders, or video camera recorders. Instead, we had to fast-forward through endless shots of people’s feet to find the two minutes of halfway decent footage. And forget about transferring VHS to DVD or digital, that just takes forever.

These virtual pets were bizarrely popular in the ’90s. If you took good care of it, your Tamagotchi could live a long, healthy life; if not, as many learned the hard way, it could die in less than a day. They were even so popular that a lot of schools started banning them.

DVD players were just getting started in the ’90s. Even so, they promised to revolutionize movie viewing. No longer would we have to fast forward to our favorite part or rewind when we finish a rented movie. But then the discs got scratched like CDs and would stop working and you missed your VHS.

While not everyone loved these calculators or the algebra that came with them, they were required tools in virtually every high school math class. While not graphing quadratic functions, the TI–83 could also play games such as Falldown and even Tetris, if you knew where to find them.

Super Soakers were and are vital to success in any water fight. While the basic Super Soaker 50 could get the job done, you never wanted to be near your neighbor when he had his 2.7-Liter Super Soaker XXP 275 around. Or what about the one that had it’s own backpack to carry all the extra water?

Sadly no longer with us, the Sega Genesis competed well with the Super Nintendo. It succeeded in large part due to hit games, such as Sonic the Hedgehog and Mortal Kombat. Nowadays a lot of these titles are available on lots of different platforms including iOS.

You probably didn’t own one, but your school may have. In fact, your school likely still owns one. Still, with their translucent back and bright colors, these computers made you question what a computer was supposed to look like. They also marked the beginning of Apple’s incredible turnaround. And the introduction of the worst mouse ever.

With popular games such as Gran Turismo, Final Fantasy, and Tekken, the PlayStation was extremely successful. It was the first console to sell 100 million units, and gamers loved the joystick-laden DualShock controllers.

The Super Nintendo Entertainment System has a soft spot in many hearts. Super Mario World alone would make this a great console. How could you not adore that beautiful, simple controller? Then again, how could you not hate blowing into the cartridge to clear the dust?

If you wanted to listen to music in the ’90s, you didn’t use an iPod. No, you carried around a Sony Walkman. These rugged music players were portable and got the job done. Remember the rugged yellow ones?

If you wanted to be hip and listen to music in the ’90s, you used a Sony Discman. CDs were the way of the future, and the Discman had you prepared. While perhaps not the most portable devices, a nice Discman could give you up to a full minute of skip protection.

While not leading in any technical categories, the Nintendo 64, or N64, gave rise to some of the best video games of all time. Games like Super Mario 64, Mario Kart, GoldenEye 007, and The Legend of Zelda were staples of my childhood.

The PalmPilot was the precursor to today’s all-in-one smartphones. It organized your life, as long as you kept your calendar and contacts in sync with your computer. The screen sucked and using a stylus to draw in Graffiti was the worst!

While technically released in the ’80s, Game Boy (and its successors) would go on to become the most coveted gadget of the ’90s. With games like Tetris and Super Mario Land, the Game Boy marvelous and groundbreaking. Remember the attachment that included lights so you could play it at night?

With its color screen, the Game Boy Color crushed its competitors. In particular, the various Pokémon games helped the Game Boy Color and original Game Boy combine to sell over 115 million units. But Nintendo is a long way from the 1990s today.

For more gaming coverage make sure to check out Xbox One vs. PlayStation 4 – which next-gen box wins the new console war?