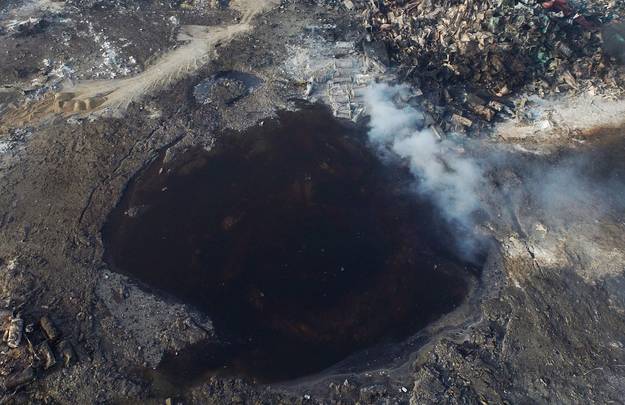 A terrifying explosion shocked China and the world on Friday, leaving more than one hundred people dead and hundreds of others injured. The images coming from the Port of Tianjin over the weekend shocked the world, as firefighters fought fires and additional explosions in the area. However, the high-resolution aerial image (see the full version of it below) of the Tianjin explosion crater truly shows the devastating force of the blast.

The picture seems to be taken from a post-apocalyptic action movie where the future of mankind is at stake. Surrounding the gigantic crater are huge piles of rubble and debris, the remains of a few buildings, and a parking lot filled with the wrecks of hundreds of cars. Even apartment buildings situated as far as 1.2 miles from the blast were damaged.

It’s not clear what caused the massive explosion, but initial reports suggested an industrial accident was to blame. More details about the blast will probably revealed in the future, as the investigation is finalized.

Meanwhile, the full version of the aerial image showing the Tianjin crater follows below.