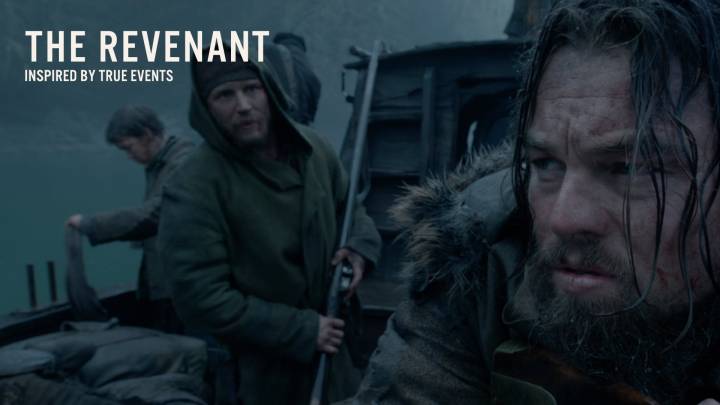 You might think of an actor’s job as a cushy one — sitting in a trailer all day until it’s time for a scene, eating prepared meals from craft services, collecting an enormous paycheck for pretending to be someone else — but there are some films that require far more from the members of their cast than walking and talking.

The Revenant was one of those films for star Leonardo DiCaprio.

“The truth is that I knew what I was getting into,” DiCaprio told Yahoo Movies in an interview last week. “This was a film that had been floating around for quite some time, but nobody was crazy enough to really take this on, simply because of the logistics of where we needed to shoot and the amount of work and rehearsal that would have to be done. […]”

If you haven’t seen the trailer, go ahead and watch it to get a vague idea of what this movie is about:

Alright, you probably didn’t gather much from the trailer, but all you really need to know is that DiCaprio plays a man named Hugh Glass who is left for dead in the wilderness by his travel companions. After waking up half-buried, he vows to make it home alive and get revenge on the men who abandoned him.

Oh, and it’s all based on a true story.

When asked about whether he ever questioned if he’d made a mistake by signing up for this intense experience, DiCaprio said:

“I can name 30 or 40 sequences that were some of the most difficult things I’ve ever had to do. Whether it’s going in and out of frozen rivers, or sleeping in animal carcasses, or what I ate on set. [I was] enduring freezing cold and possible hypothermia constantly.”

Remember that scene on Hoth from The Empire Strikes Back? Leo DiCaprio has lived it, and I imagine it wasn’t inside of a tauntaun either. But that’s not all that he had to endure during the shoot:

“I certainly don’t eat raw bison liver on a regular basis. When you see the movie, you’ll see my reaction to it, because Alejandro kept it in. It says it all. It was an instinctive reaction.”

With a December 25th release date, many movie fans are still going to be coming down from The Force Awakens when The Revenant hits theaters, but if you’re looking for a markedly different cinematic experience, the latest film from director Alejandro González Iñárritu might be worth looking into.