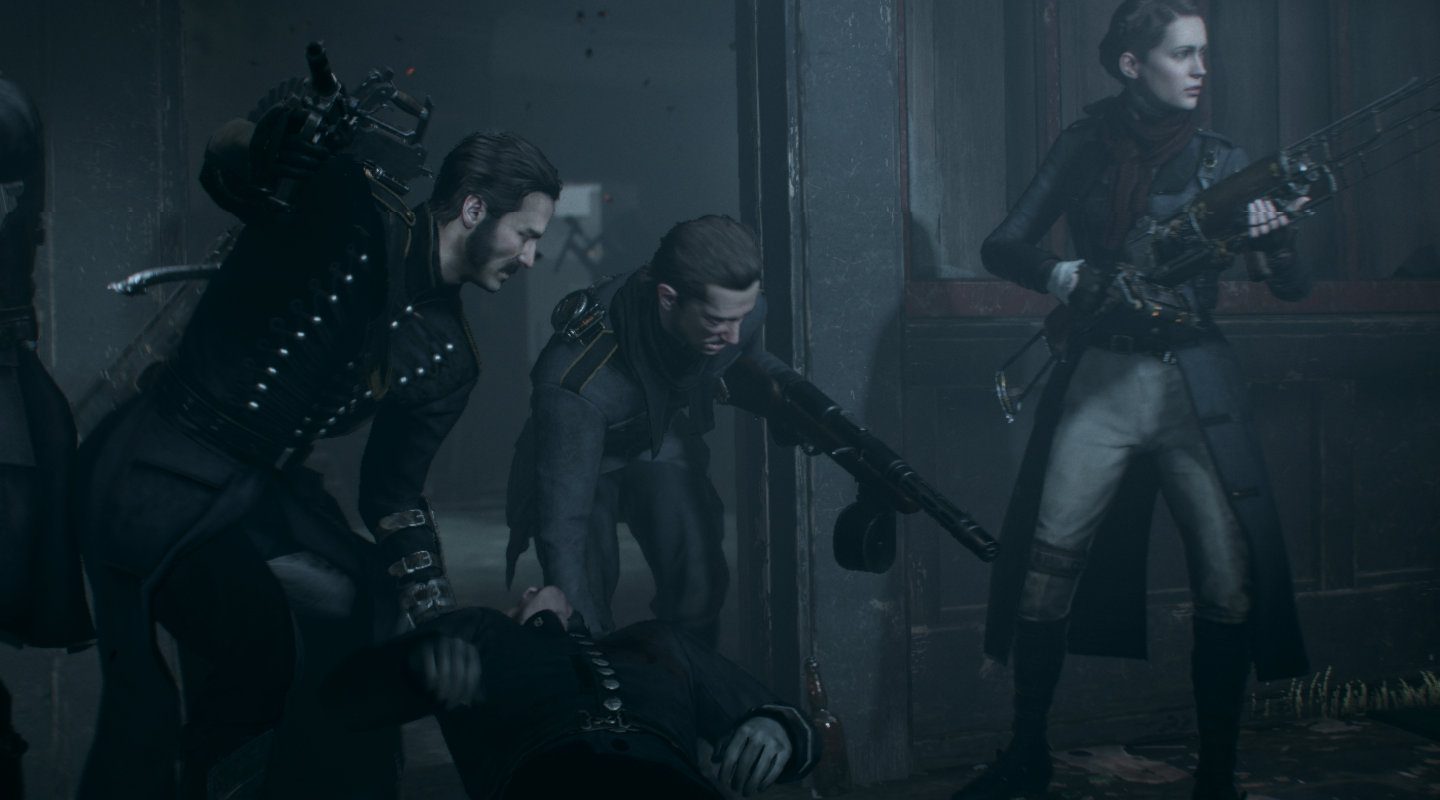 In many ways, The Order: 1886 is just another third-person, cover-based shooter. As a member of the eponymous Order, you’ll be equipped with the requisite weapons and equipment you need to take on the rebel forces and the half-breed monsters that have overrun 19th century London. Where this game differentiates itself from other games in the genre is its visual flare — The Order: 1886 looks like a film, and it’s unlike anything I’ve ever seen before.

Dana Jan, Game Director at Ready at Dawn, walked us through a cinematic, scripted event in an abandoned hospital. We started by examining the excruciatingly detailed rooms, filled with musty equipment, decapitated heads and mysterious notes. Jan tells us that the team went to London to photograph hospitals from the 19th century in order to accurately model their level in the game.

As Jan led the protagonist, Sir Galahad, through the halls of the hospital, interactive prompts would occasionally appear in order to provide context for the environment. Many of these are optional, but it’s one way that The Order expands upon its story and the world the characters inhabit.

As we approach the end of a hall, the game transitions seamlessly into an in-engine cutscene. There won’t be any separate scenes outside of the actual game — everything takes place in real-time, immediately throwing the player back into the action once they’re over.

In the cutscene, one of the game’s lichens, the half-breed monsters that populate some of the shadier locations in The Order: 1886, pops out from the shadows to begin pursuing Galahad. In this encounter, the lichen can’t be killed, but rather impeded as Galahad attempts to make his escape. This is one of many scripted scenes that the player will encounter throughout the game. I asked Jan how much of the game would put players in scripted situations such as the one in the hospital, and he told me there would be a healthy mix of both open environments and claustrophobic locales.

Once the presentation was over, I got my hands on a demo that seemed to take place right before the heroes entered the hospital. Sir Galahad and his fellow knights were pinned down in front of a house, fighting off a group of rebels that had invaded a nearby weapon cache. Galahad, the player character, was equipped with a thermite rifle which fired explosive flares that could be triggered by the weapons primary fire. Needless to say, I lit a bunch of rebels on fire.

The hands-on demo showed off one of the game’s more open sections, giving the player some freedom to choose where to take cover and how to handle the opposition. Still, The Order appears to be a very guided, linear experience on the whole. As a story-focused title, this will certainly benefit the game once it finally releases next year.

I wasn’t sure what to expect from Ready at Dawn’s inaugural PS4 title, but I walked away wanting not only to play more, but to know more about this alternate history London. It’s a shame that The Order: 1886 has been delayed to February 20th, because Ready at Dawn is working hard to make this PS4 exclusive something worth showing off.