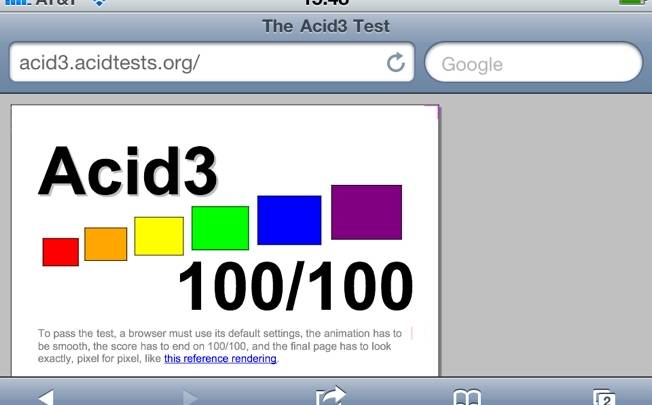 Francisco Tolmasky is a 29-year old app developer who recently launched an iOS game called Bonsai Slice that lets users swing the tablet to cut down virtual objects. However, he’ll be remembered for a far more ambitious project: designing the Safari mobile browser in the first iPhone. In an interview with The New York Times, the former Apple employee in charge of one of the most important features of the iPhone shared some of his stories about Apple, including several Steve Jobs anecdotes.

Hired at age of 20 fresh out of the University of Southern California, Tolmasky was assigned to the iPhone software team, staring work at Apple in the first quarter of 2006. Tolmasky revealed that Steve Jobs was very secretive about the iPhone, and had to wait for a month for the former CEO to return from his vacation to start work. “He was super guarded about the project, and he was probably suspicious of some random 20-year-old,” Tolmasky said.

The developer revealed that the iPhone software and hardware team were secluded from each other and did not work directly in order to prevent secrets from leaking out. Jobs met with the team, which was divided into a web team and an apps team, twice a week.

Tolmasky ended up working on Safari, having been hired by Apple exactly because he used to play with WebKit development in his previous years. He revealed that he was part of a five-person team, with team members eventually becoming responsible for various default iPhone apps, just like he was responsible for the browser.

The pressure was enormous he reveals, especially from Jobs, who wanted things to be magical. “Steve was really adamant, where he said, ‘This needs to be like magic. Go back, this isn’t magical enough!’” Tolmasky said. “I remember being very frustrated. This was, like, an impossible task.”

Similarly, Jobs was not happy with other iOS components including the keyboard. Ultimately, he assigned everyone on the team to work on keyboards for an entire week, with an engineer winning the hackaton contest. Thus, that engineer’s full-time job became the iPhone keyboard.

Tolmasky also added that Jobs decided to include a Maps application in the iPhone’s software only a few weeks before the handset was introduced at Macworld Expo in January 2007. A developer took on the task, Chris Blumenberg, and worked nonstop on it. Within a week he had something that was working, and in two weeks he had something to show at Macworld that we were showing,” Tolmasky added. “That was the kind of effect Steve could have on you: This is important, this needs to happen, and you do it.”

Tolmasky shared a funnier Steve Jobs moment concerning an iPhone team member who was also called Steve, causing confusion in some meetings. “At some point Steve Jobs got really frustrated with this and said ‘Guess what, you’re Margaret from now on,’” Tolmasky said. Since then, everyone on the team would always address the designer Steve as Margaret.

Only recently, Apple’s senior designer Greg Christie also shared some of his stories behind the iPhone’s development. The Apple employee, who will retire this year, has been responsible for developing the slide-to-unlock feature of the iPhone, among other things.