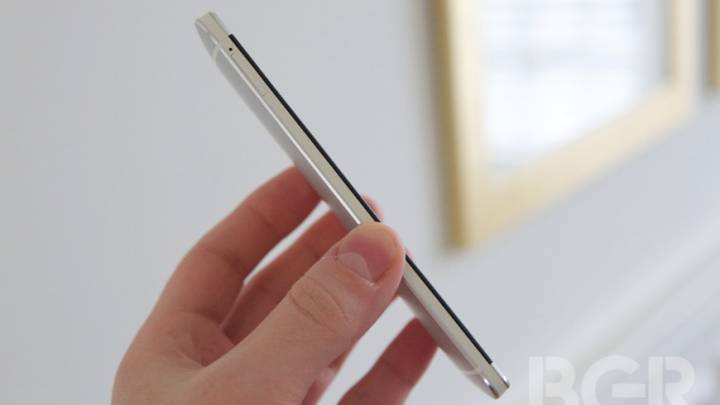 With more than three weeks to go until HTC unveils the HTC M8, expected to be called The All New One, more blurry images showing the silver version of the handset have been published online, this time by a HardForum user who had a chance to actually use a test device a friend of his had on hand.

“Played with one today. Omg. My friend has an evaluation model from HTC. I played with it quite a bit today. Software was still really buggy, Zoe didn’t work, keyboard autocorrect didn’t work and few other streams FC’d like Youtube and stuff but omfg this phone is fast,” a user who goes by the name Ron FTL said. “Faster than my Google Edition S4. Front camera is incredible. 4-megapixel front-facing camera. Was really crisp. Didn’t get a chance to try out the dual rear camera but it was amazing. Thinner than the 2013 One and taller. I’m going to try and play with it a bit more, but I’m already sold on it.”

Following the Galaxy S5 announcement, HTC almost immediately hit back with teaser messages on Twitter in which it made fun of Samsung and potential Galaxy S5 buyers, and released a weird teaser video for the upcoming handset.

Images showing the alleged front and back sides of the 2014 HTC One model, as photographed by Ron FTL follow below.