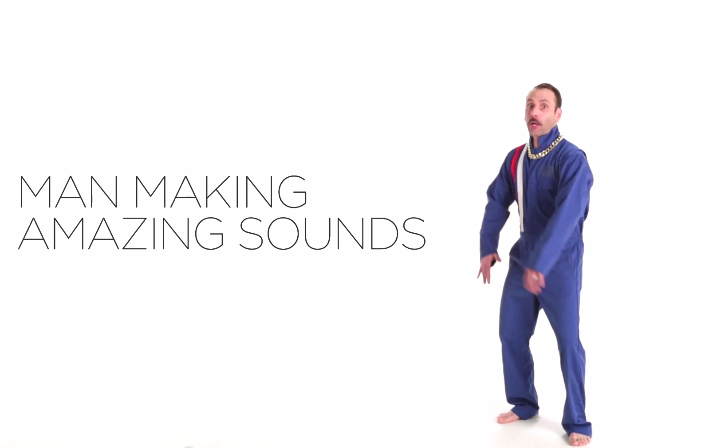 HTC is primarily known for two things: Amazing hardware and godawful marketing. Although HTC’s head honchos last year vowed to step up the company’s game in the marketing department, the ads we’ve seen ever since they made that pledge haven’t been an improvement. In fact, they may have been even worse.

Remember when HTC launched what was reportedly a $1 billion marketing campaign starring Robert Downey, Jr. that focussed entirely around making jokes about the HTC acronym? If you’ve somehow wiped these ads from your memory be sure to watch the Humungous Tinfoil Catamaran and Hipster Troll Carwash spots for a grisly reminder.

HTC promised at the time that these baffling ads were just a way to introduce consumers to the HTC brand and that more substantive ads starring Downey would be coming shortly after. Except… they never did. That’s right: Five months after HTC gave us the Hot Tea Catapult, it has not released one followup ad starring Downey explaining why anyone should bother buying an HTC smartphone. And really, in most of the spots that HTC released last fall you couldn’t tell whether HTC was even selling smartphones in the first place.

Again: This debacle of an ad campaign launched after HTC CEO Peter Chou said that HTC would improve its marketing operations. This means that anyone holding out hope that HTC would support The All-New HTC One flagship smartphone with a top-notch ad campaign shouldn’t hold their breath.

And sure enough! The company on Wednesday launched its first teaser video for The All-New HTC One (yes that really is its name) and it’s about as bad as you’d expect. The ad starts off with a sly acknowledgment that many HTC commercials in the past have talked too much about their phones’ specifications. HTC tries to rectify this by… having a guy in a white lab coat jokingly list off all of the specs in the HTC One’s BoomSound system.

The good news for HTC is that most viewers will have already tuned out by the time the lab coat dweeb says “multi-band compression” and thus won’t be paying attention to the horrifying scenes that follow of a goofy guy  who beat boxes while dressed in a horrible jumpsuit, a man trying to imitate a moose mating call and then another guy blasting out two annoying car horns.

All of this is to show how amazing the speakers on HTC phones are. Which is certainly true! They are amazing! I showed them off to my iPhone-toting friends and even they had to admit they were miles ahead of the ones on their precious Apple device. Except that… no one really buys a smartphone because they want it to double as a stereo.

At any rate, you can check out the full teaser for The All-New HTC One below. And if you don’t feel like watching it, don’t worry: I’m sure HTC will have plenty more teasers that are just as bad in the coming weeks.