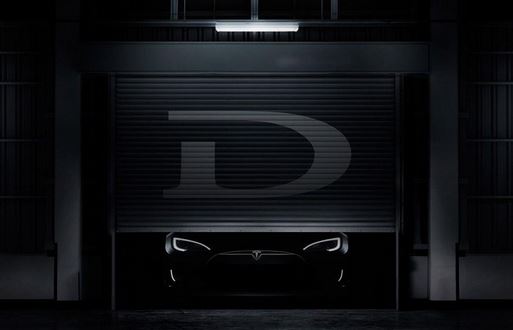 On Thursday, Elon Musk tweeted out what looked like a partial unveiling of the Tesla Motors D and a hint that he may be unveiling something else in next week’s Tesla Motors announcement.

About time to unveil the D and something else pic.twitter.com/qp23yi59i6

As you can see, it’s pretty clear that Musk will unveil the new car in the announcement next week. It’s the “something else” that’s the real tease to take from the Twitter post.

This “something else” could be another car altogether. Earlier this year, Tesla Motors teased that it could release smaller versions of its Model 3 sedan and Model X crossover SUV. This would allow people with tighter budgets a chance to own a Tesla Motors car that’s more affordable. After all, the Tesla Model S comes with a price tag of around $69,900, where the upcoming Model 3 sedan will be starting out for $35,000.

Elon Musk has been everywhere lately: Whether it’s his SpaceX a contract with NASA, or helping to build a museum for the great Nikola Tesla, he is poised to take over the Space and automobile industry.

Tesla Motors has recently expanded its operations by breaking ground on a new “gigafactory” in Reno, Nevada. When that factory is fully operational, it hopes to churn out 500,000 lithium-ion batteries by the year 2020.

Tesla Motors are without a doubt in it for the long haul, and the announcements on October 9th could be the start of something bigger.