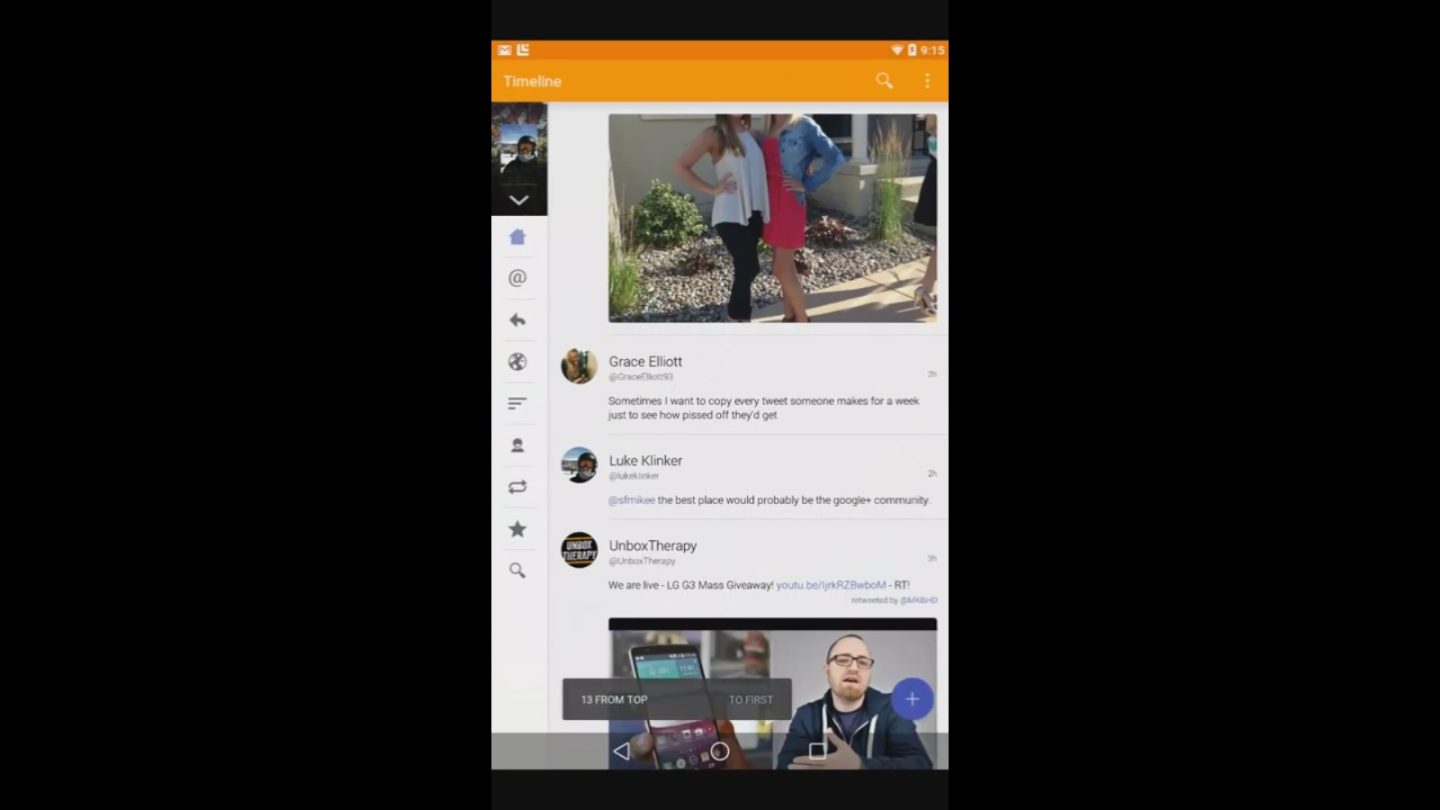 Android L might be the most exciting update to Google’s mobile operating system since it launched in 2008. Material Design, the centerpiece of Android L, could seamlessly unify an interface that has struggled to form its own identity in the past, but all we have right now is the promise of something amazing. Until we actually see it in action on our own screens, we’ll just have to take Google’s word for it, which is why Luke Klinker’s Talon for Twitter should be near the top of your list of most wanted apps right now.

Klinker announced Wednesday on his Google+ profile that he had taken the time to redesign his third-party Twitter app for Android L. If you are taking part in the Android L Developer Preview, all you need to do is download the APK file from Klinker’s website and install it on your device. So far only the tweet viewer and the timeline have been renovated to suit the new design language, but it’s an exciting sneak peek into the future of Android apps.

Klinker isn’t looking for bug reports or feature requests — this is just a preview of what’s to come. Hopefully more developers will follow Klinker’s lead and begin showing off what they can do with Android L that wasn’t possible in KitKat. We’ll be keeping an eye out. Check Klinker’s Google+ post in the source link for a video of Talon in action.