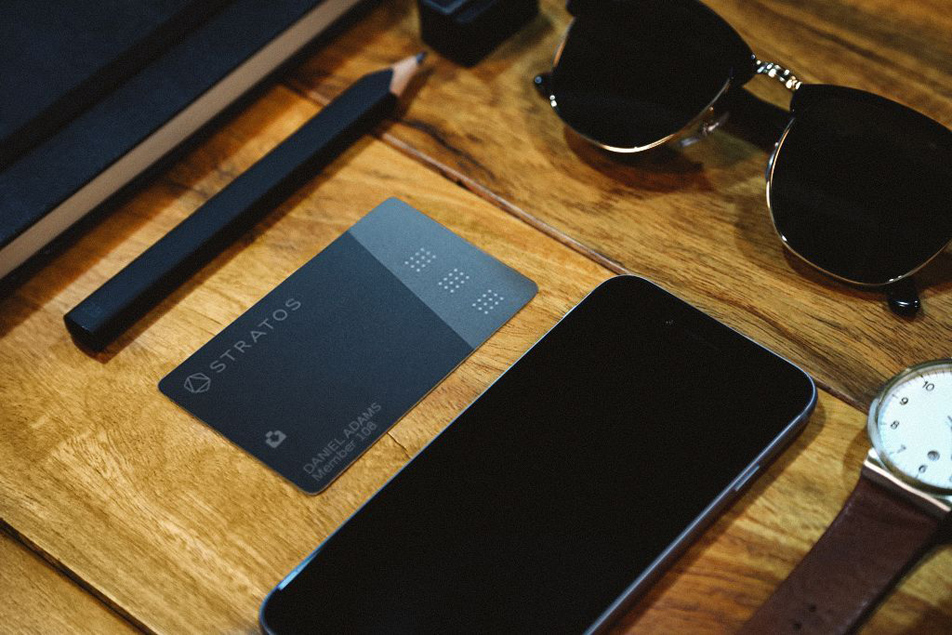 Coin was the first smart card that aimed to replace all of the credit cards in your wallet, but the company ran into manufacturing issues and despite its unveiling in November 2013, the device still hasn’t begun shipping. Plastc is likely the most exciting solution of the bunch, but we still have no idea when it will be released.

Stratos is yet another smart card that looks to offer a catch-all solution for the cards in your wallet, but there’s one key difference: It’s actually shipping right now.

Stratos on Thursday announced that its new programmable smart card has begun shipping to users who preordered the device beginning last month. As you may recall, the sleek next-generation card connects to your smartphone and allows you to store all of your credit cards and debit cards on one secure device.

Also of note, Stratos claims its card will work anywhere and everywhere that accepts standard credit cards. This is a huge selling point for the time being, since currently available mobile payment solutions like Apple Pay don’t work in most stores in the United States.

People who preordered the Stratos card will begin receiving their orders shortly. For those interested in the device who haven’t yet purchased one, the card is available on Stratos’ website for a subscription fee of $95 per year or $145 for two years.