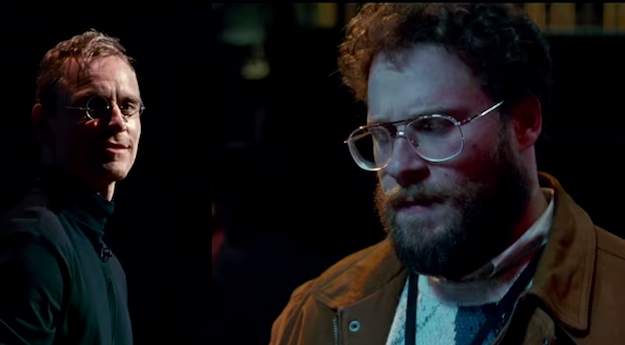 The long-awaited Steve Jobs biopic opened up in theaters across the country this weekend. Only problem is, not many people were all that interested in seeing it. Even with little competition at the box office, the film only managed to generate $7.3 million, opening up in 7th place. Believe it or not, the film fared just a tad better than the universally panned first Steve Jobs movie, titled JOBS, starring Ashton Kutcher.

Despite widespread critical acclaim, and some Oscar buzz in certain circles, it appears that the story of Steve Jobs may simply not hold much appeal for the mass market. The film’s poor opening is especially surprising given that it was penned by Aaron Sorkin whose previous tech-oriented film — The Social Network — was a huge success.

Some have been quick to attribute the film’s lackluster performance at the box office to the fact that Michael Fassbender, the actor playing Jobs, isn’t big enough of a Hollywood name to draw audiences in. I feel that this argument is a bit off-base given that the film has no shortage of star power, with supporting roles filled by the likes of Jeff Daniels, Kate Winslet, and Seth Rogan. Besides, it’s not as if The Social Network was bolstered by star power as the Mark Zuckerberg character was played by Jesse Eisenberg.

The film cost $30 million to make, not including marketing costs, according to researcher Box Office Mojo. While the movie had the highest-grossing limited release of the year when it opened in four theaters earlier this month, that success didn’t continue when it added 2,433 theaters over this weekend, according to Rentrak Corp.

One possible explanation for the film’s poor showing is that the public at this point has grown weary with film depictions of the Apple co-founder. And who knows, perhaps the film, while garnering critical acclaim, simply didn’t generate favorable reviews via word of mouth.

Having seen the film myself, I found it to be a surprisingly boring biopic and one of Sorkin’s more forgettable films to date.