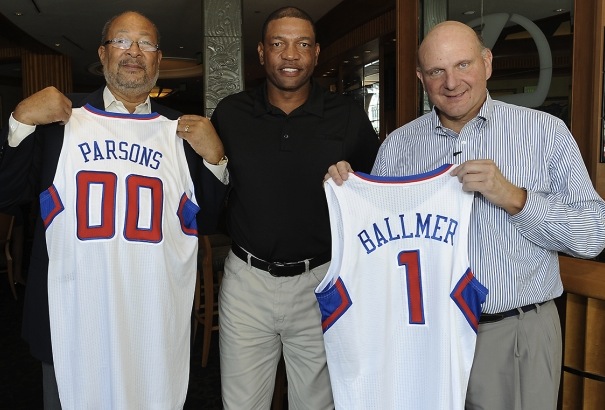 “I got five words for ya… I. Love. This. Basketball team, YEEEEAAAAAAH!!!” If that’s the kind of opening pep talk you expected out of former Microsoft CEO and new Clippers owner Steve Ballmer, then you probably won’t be too disappointed with the real thing. In his opening remarks to fans of the NBA team, Ballmer talked about how much he loves Los Angeles and explained why he loved fans for loving the Clippers due to their underdog status compared with the crosstown Lakers.

At one point, Ballmer seemingly got frustrated when the crowd didn’t cheer loudly enough to his satisfaction and prodded them to go as loud as they can.

“THESE GUYS BUST THEIR BUTT FOR YOU, ONE TIME LOUDER!” shouted the ex-Microsoft boss.

(We apologize for spamming you with caps lock here, but that’s really the only way to properly express Ballmer’s extreme enthusiasm for his new team.

Be sure to check out the full video below. Ballmer’s speech starts at around the 2-hour, 48-minute mark.